“Sweet Munchies” (formerly known as “Late Night Snack Man and Woman”) is a romantic comedy about a love triangle in which a man and a woman fight over the same man. Jung Il Woo stars as celebrity chef Park Jin Sung and Kang Ji Young stars as variety show PD Kim Ah Jin. Kim Ah Jin frequently goes to Park Jin Sung’s bistro to enjoy good food and relieve stress. Their relationship takes a turn, however, when Kim Ah Jin convinces the chef to appear on a variety show.

On May 5, “Sweet Munchies” released new stills of Jung Il Woo and Kang Ji Young at the bistro. Jung Il Woo is perfectly in character as the warmhearted chef who wants his customers to feel happy at the end of a long and difficult day. Kang Ji Young shows how he succeeds as her face brightens at a single bite of his food.

Despite this warm and romantic atmosphere, there is a secret between these two that has not yet been revealed. Also, Lee Hak Joo stars as the third character in this love triangle, Kang Tae Wan, a genius fashion designer who will also be appearing on the variety show. 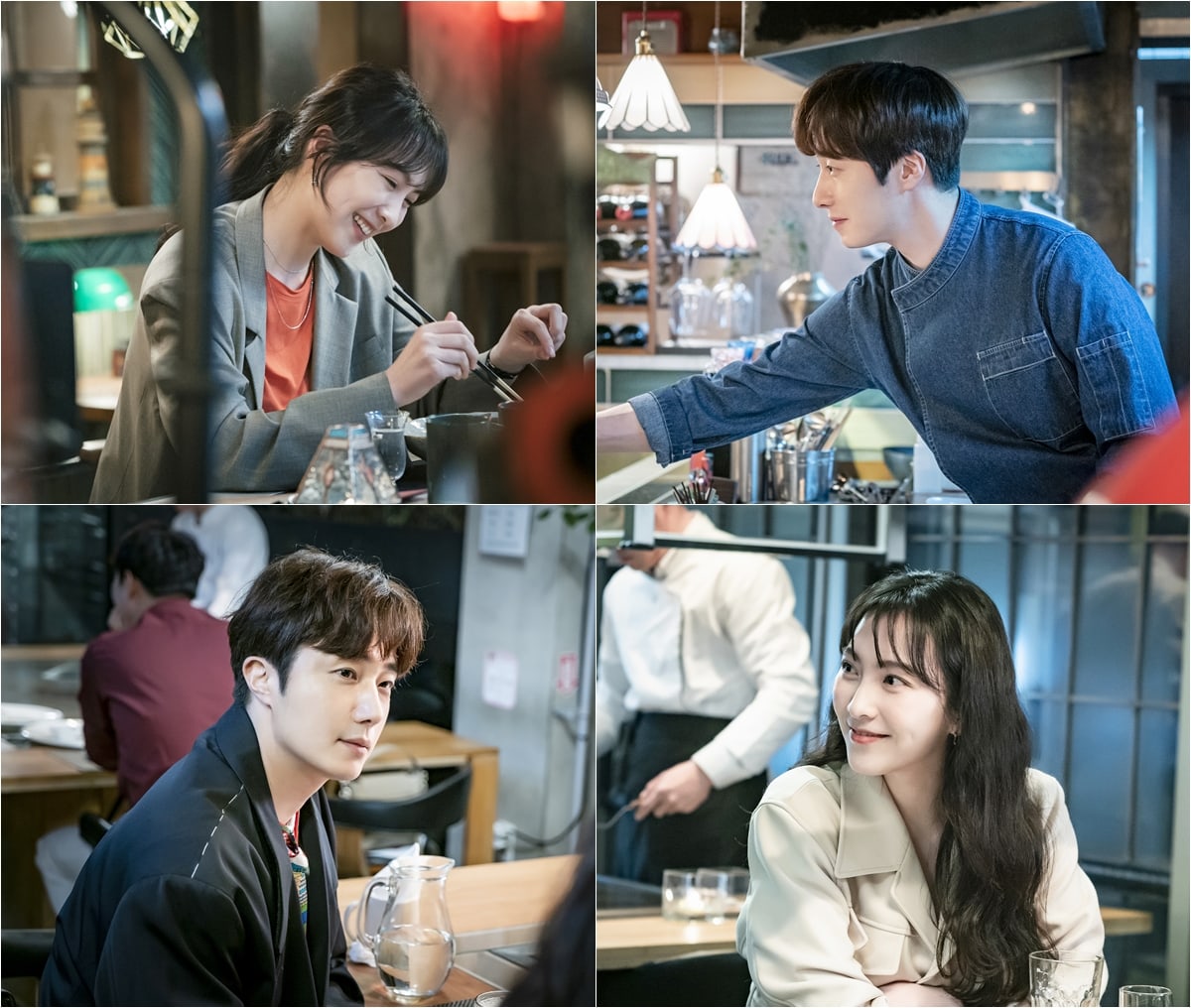 The production staff stated, “The chemistry master Jung Il Woo and the lovely Kang Ji Young will create a sweet, dessert-like chemistry together. They match well together on set, from their visuals to their acting experience. Please tune in to see what secrets they’re hiding in the first episode.”

“Sweet Munchies” premieres on May 25 and will be available on Viki. Check out a teaser here!