On the May 5 episode of MBC every1’s “Video Star,” child stars appeared on the show for a Children’s Day special. One of the guests included child actor Kim Kang Hoon, who is well known for his character Pil Goo from KBS 2TV’s “When the Camellia Blooms.”

“I thought about this after breaking up with my girlfriend, and I don’t want to date anymore until I become an adult,” he said. “Dating is so difficult, and there are so many things you have to pay attention to. I’m only going to focus on acting from now on. I made up my mind.”

The actor then sent a video message to himself in the future. “Have fun and be free,” he said. “Go to the military early. You made a promise to meet up with your cousin for a drink on the last day as a 19-year-old. Keep that promise.” 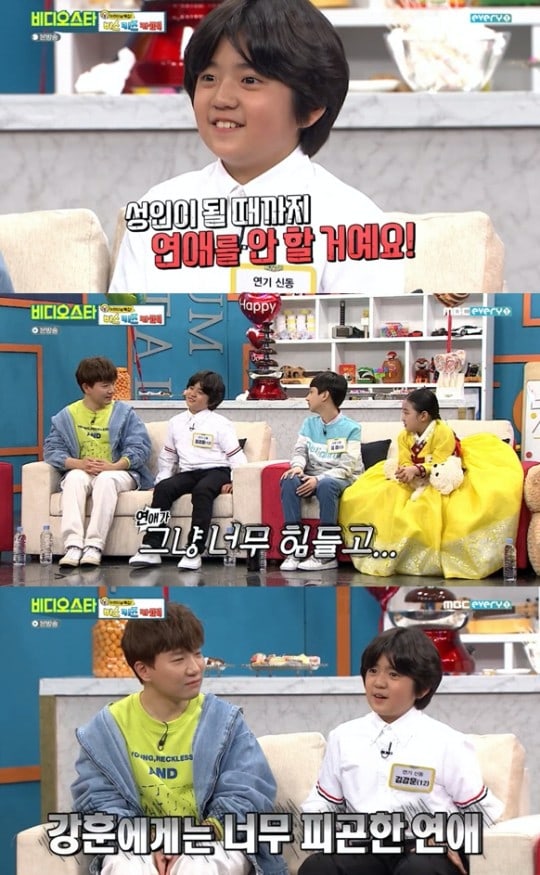 Speaking about his acting career, Kim Kang Hoon said, “I started acting since I was five years old. I’ve only portrayed sad roles until now, so I also want to try acting as a wealthy son or a villain.” He then reenacted Jin Ji Hee’s character from the sitcom “High Kick Through the Roof.”

Kim Kang Hoon continued to wow everyone by recreating his emotional “When the Camellia Blooms” audition and showing off his rap skills, which he honed while once dreaming of becoming a singer. 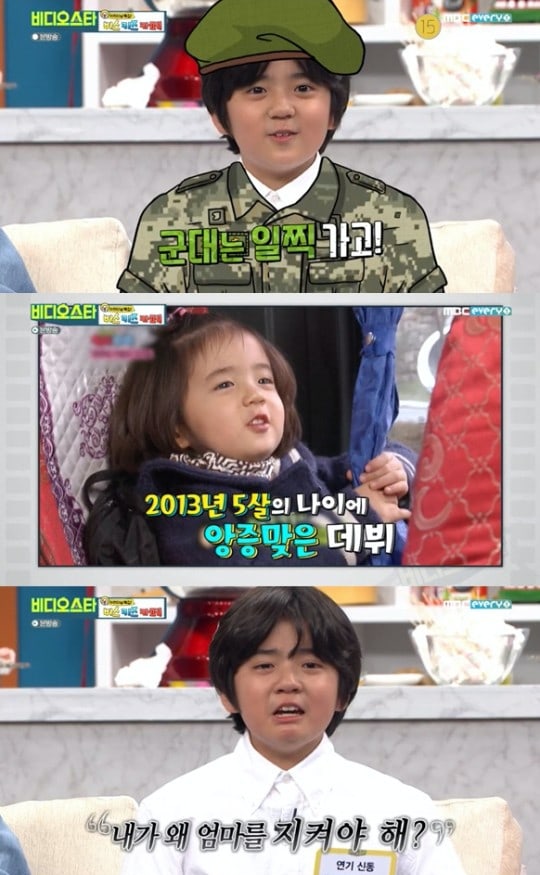 Video Star
Kim Kang Hoon
How does this article make you feel?