“Born Again” fans got a glimpse of Jang Ki Yong and Lee Soo Hyuk on set!

On May 6, the drama released new behind-the-scenes photos.

In the drama, Jang Ki Yong and Lee Soo Hyuk portray two characters each — Gong Ji Chul and Cha Hyung Bin in the ’80s, and Chun Jong Bum and Kim Soo Hyuk in present-day. Although they have an ill-fated relationship in the series, the actors showcase a warm friendship in real life.

In the photos, the two co-stars prepare by reading the script together and exhibit great teamwork while talking between takes. The characters have been adding tension and suspense to the drama after being reincarnated as a suspect and a prosecutor, keeping viewers tuned in as the plot unravels. 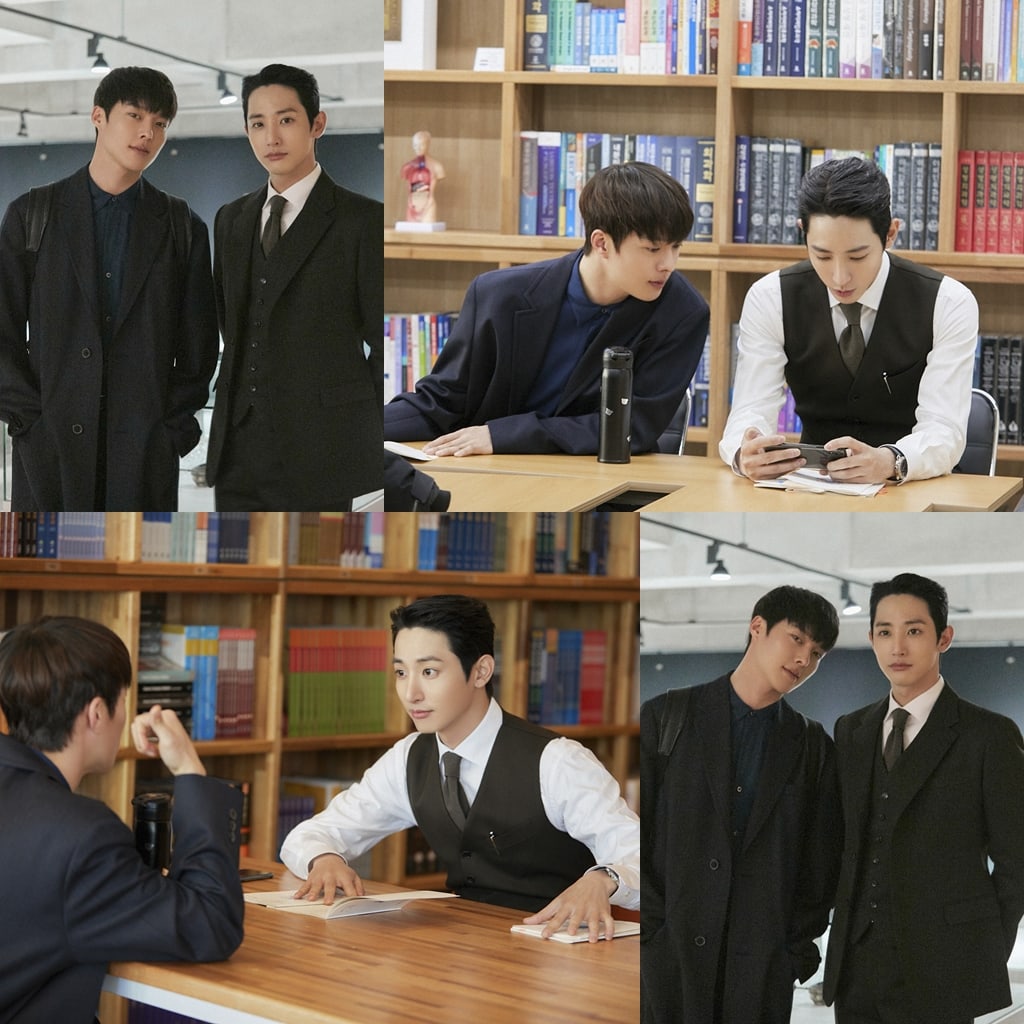