“Old-School Intern” is a new office comedy about a man who finally gets sweet revenge on a former boss who once made his life miserable. Park Hae Jin will star as Ga Yeol Chan, who moved up the corporate ladder at his new company at lightning speed and is currently the head of the marketing team. Kim Eung Soo will play the role of Lee Man Shik, who was once Ga Yeol Chan’s boss at another company—but has now been hired as his subordinate at their new company, Jun Su Foods.

On May 7, the upcoming drama released an amusing new poster that highlights the changed power dynamic between its two leads. Park Hae Jin stands tall behind a table displaying Jun Su Foods products, elegantly-dressed and looking every bit the boss he is. Meanwhile, Kim Eung Soo cowers below the table, wearing a comic expression as he holds a cup of coffee up to his new boss.

The poster’s caption playfully reads, “Do I still look like an intern to you?” 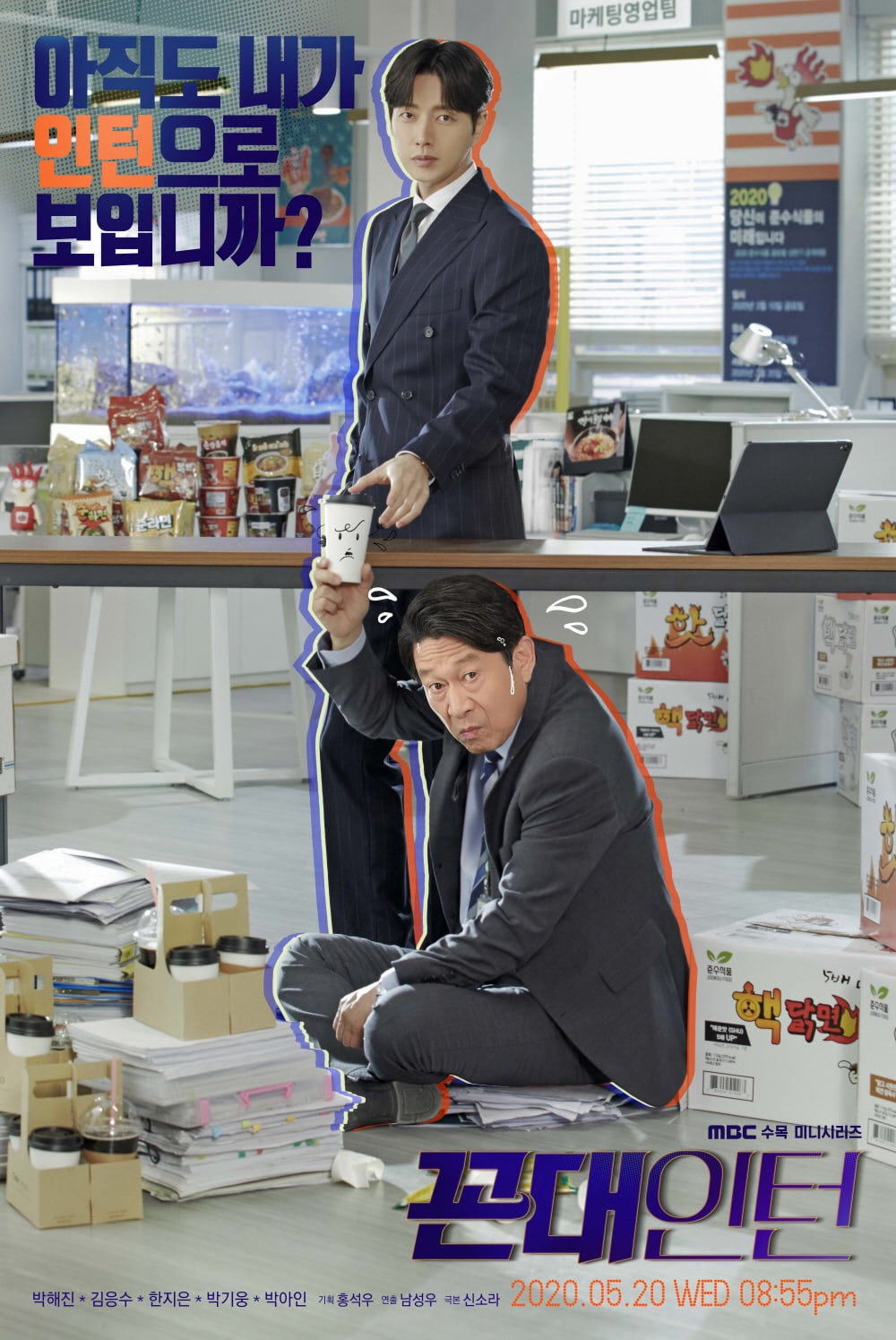 Park Hae Jin
kim eung soo
How does this article make you feel?