“Dream,” which is led by “Extreme Job” director Lee Byung Hun, tells the story of a team of people trying out for the Homeless World Cup, an annual international soccer event.

Park Seo Joon plays Yoon Hong Dae, a professional soccer player on disciplinary probation after being caught up in an unexpected incident. He becomes the coach of a thrown-together soccer team, but as time passes, comes to sincerely care for and trust in the team members, becoming a true leader.

IU, starring in her first commercial film, plays Lee So Min, a producing director who dreams of finding success through a documentary about Hong Dae’s team.

In time with the beginning of filming, “Dream” unveiled photos from the film’s table reading. Director Lee Byung Hun commented, “This is a project I’ve been preparing for a long time, and it means a lot to me. We have an incredible cast of actors, and I’m excited to work with them.”

Park Seo Joon said, “I’m excited for the time I’ll be spending as Hong Dae. I’ll do my best to deliver a great film to viewers.”

IU added, “As this is my debut in a feature film, I’ll approach the project with both excitement and responsibility. I’m so happy to be working with actors and cast members who are always warm and welcoming and whom I have so much to learn from.”

“Dream” is slated to premiere sometime in 2021. 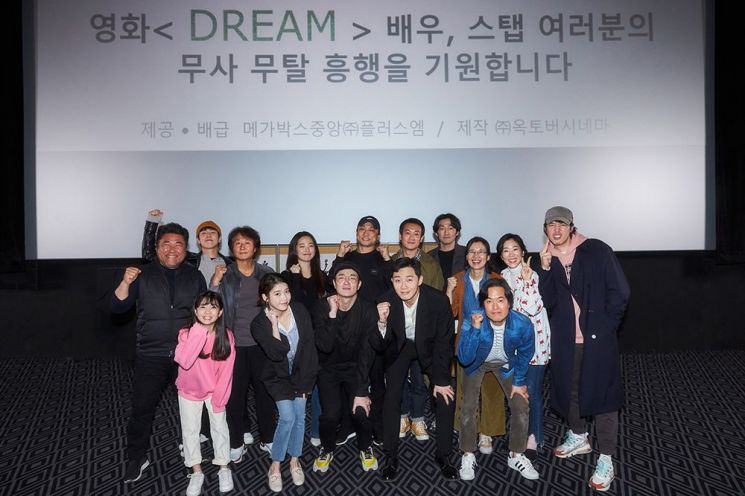 IU
Park Seo Joon
How does this article make you feel?