The episode of “Running Man” that will air on May 10 will be a special episode celebrating the birthday of cast member Kim Jong Kook.

To reflect Kim Jong Kook’s love for exercising, filming for the episode took place at a gym. As soon as they entered, Kim Jong Kook couldn’t hide his excitement as he said, “I feel like we’ve arrived at an amusement park.” There, the cast utilized exercise machines to choose their teams. 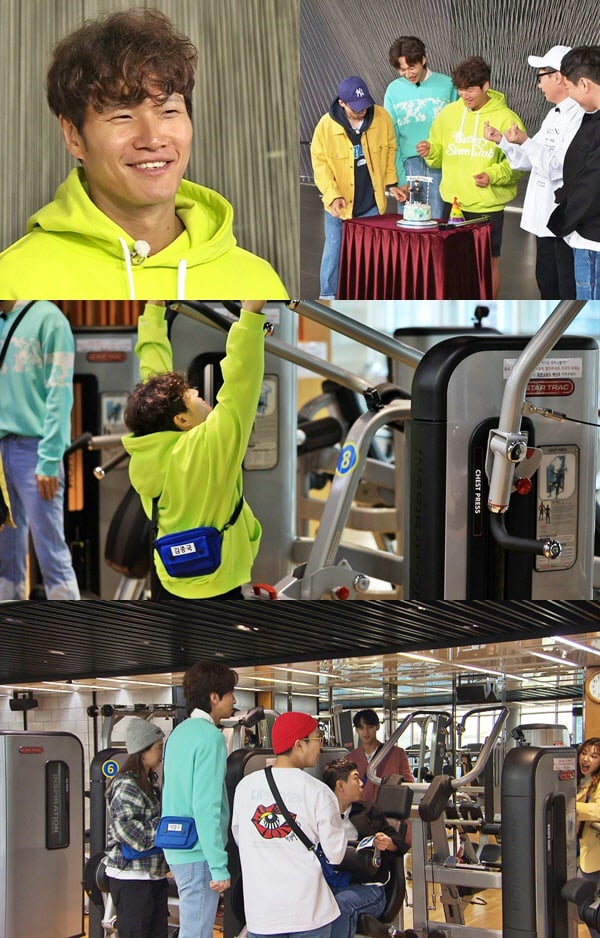 The staff also prepared special missions tailored to Kim Jong Kook, and he kept smiling throughout filming as the day progressed, centered around the theme of “A day made just for Kim Jong Kook.” There will be a big surprise event waiting for him as well.

Kim Jong Kook’s birthday celebrations on “Running Man” will air at 5 p.m. KST on May 10, and will feature guest appearances by Jun Hyosung and SEVENTEEN’s Mingyu.