Lee Hyori Considers Yoo Jae Suk’s Offer To Form A Co-Ed Group Together On “How Do You Play?”

Yoo Jae Suk made Lee Hyori an interesting offer on MBC’s “How Do You Play?”

“How Do You Play?” is a reality program that started out with the goal of finding out what Yoo Jae Suk did on his days off. Throughout the show, Yoo Jae Suk attempted various challenges such as learning to play the drums, becoming a trot singer, and serving fried chicken.

On the May 9 episode, producing director (PD) Kim Tae Ho told Yoo Jae Suk that his comeback as Yoo San Seul (his trot persona) would be pushed back so as not to compete with the current popularity of “Mister Trot.”

“Since it’s going to be summer soon, let’s change genres,” Kim Tae Ho said. “Last summer, there were a lot of articles about this. They said that dance music was going missing. Ballad songs were dominating the charts. Let’s differentiate ourselves in the market and release a summery dance song.” 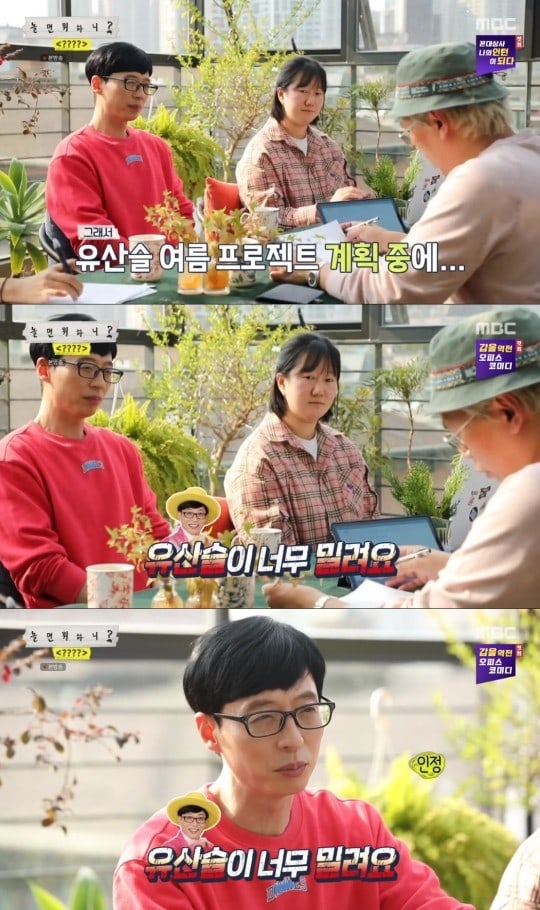 Lee Sang Min said, “Mixed gender groups were part of a specific generation. They were loved by men and women of all ages, but fandoms don’t tend to like mixed groups.” He added, “They were popular in the 1990s. Mixed groups could help the production company maximize revenue, but they went away when the culture shifted toward fandoms. Fans didn’t want to see their idols with people of the opposite gender on stage. It’s hard to see mixed gender groups nowadays.” 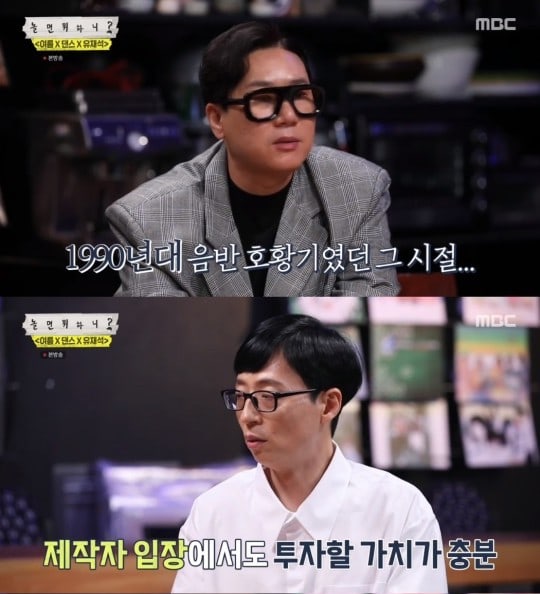 In the end, Yoo Jae Suk went to Jeju Island to visit Lee Hyori and persuade her to join his group. The two developed a sibling-like chemistry when they worked together years ago on the variety show “Family Outing.”

After he explained his mission, Lee Hyori said, “The key point is that the members have to be friendly with each other. You have to smile and laugh while performing summer songs. Your energy will come shining through. As long as you pick the right members, I think it will be good. You have to do something unique with your music or your costumes.”

Despite herself, Lee Hyori began to get interested in the project. “Can I audition?” she asked. “As long as there are no age restrictions. You should do everything through auditions. Don’t just pick people you’re friends with.”

Yoo Jae Suk was taken aback by her directness and said, “I’m really grateful, but you’re so direct that I feel intimidated.” Lee Hyori responded, “I suddenly feel attracted to this project. Wouldn’t I be good for a mixed gender group to light up the summer? I’m starting to get greedy about this.”

She continued, “I’ve promoted a lot in the summer. As Fin.K.L and as a solo artist. I promoted when it was hot because you have to wear less clothes when it’s hot.” Yoo Jae Suk said that a lot of people had recommended he pick her and she said, “But why? There are a lot of youngsters these days. I think Hwasa would play the the role of Ji Hyun in Roo’ra really well. Or ITZY’s Yeji could play the role of Chae Ri Na.”

Lee Sang Soon was initially apprehensive about Lee Hyori leaving their home to promote in Seoul for an extended period of time. However, after watching her and Yoo Jae Suk perform karaoke together, he observed, “You two have to do something or other. You guys look like you really want to do this.” The episode ended with Lee Hyori still wavering on an answer, saying, “Even if it wasn’t me, I hope that you get good results from this.”

Would you want to see Lee Hyori and Yoo Jae Suk form a co-ed group together?

Yoo Jae Suk
Lee Hyori
How Do You Play?
How does this article make you feel?