KBS 2TV’s “Once Again” has shared a sneak peek of an uncomfortable run-in between Lee Min Jung and Lee Sang Yeob at the hospital after everyone has found out about their divorce!

On the previous episode of “Once Again,” Song Na Hee (played by Lee Min Jung) and Yoon Gyu Jin (played by Lee Sang Yeob) finally came to the end of their tortuous break-up process. With their family members now aware of their divorce, the couple was forced to truly split up and go their separate ways. Afterwards, Song Na Hee’s father Song Young Dal (played by Chun Ho Jin) asked his daughter to move back in with them.

On May 10, the upcoming drama unveiled new stills of the aftermath of the two doctors’ now-public divorce. In the newly released photos, the former spouses look immensely uncomfortable after accidentally running into each other in a hospital elevator, awkwardly looking off in different directions instead of exchanging conversation.

Another photo shows the typically playful Yoon Jae Suk (played by Lee Sang Yi) looking unnaturally flustered as he talks to Song Na Hee and Yoon Gyu Jin, raising the question of how the news of their divorce will change their relationships with their co-workers. 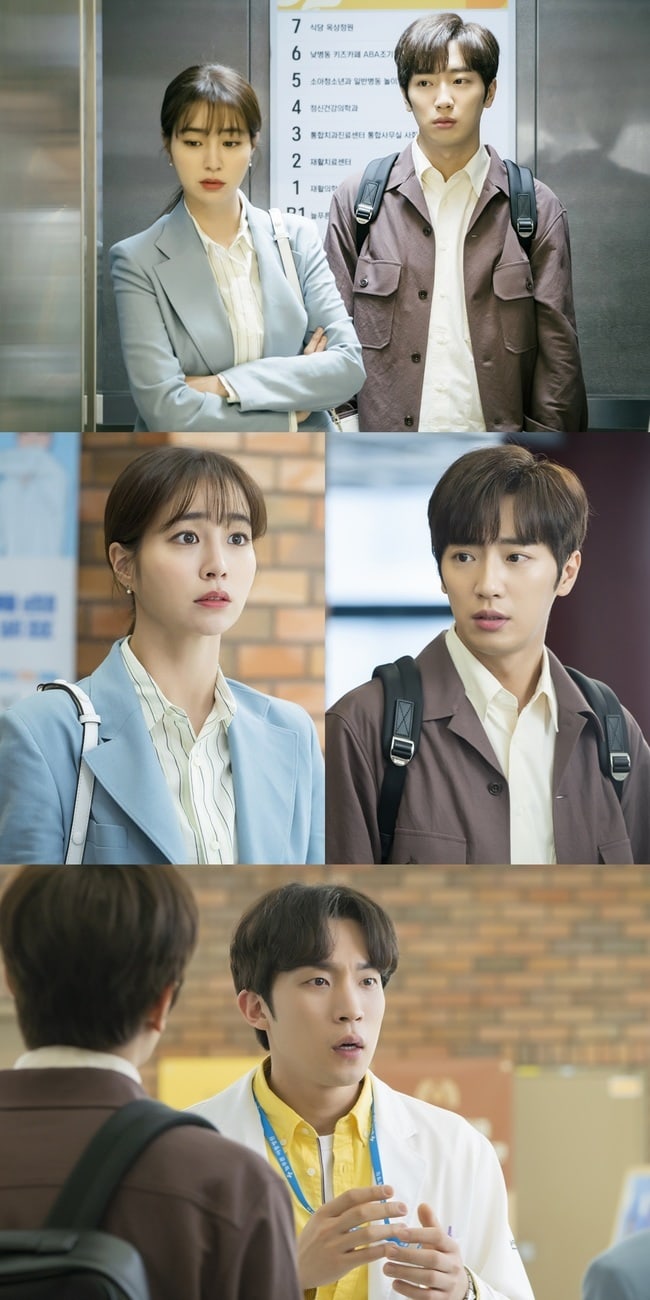 To find out how Song Na Hee and Yoon Gyu Jin will handle their awkward encounter, tune in to the next episode of “Once Again” on May 10 at 7:55 p.m. KST!

In the meantime, you can catch up on the latest episode of the drama with English subtitles below: