On May 9, it was reported that a woman in her eighties sustained serious injuries after being attacked by a celebrity’s dog while she was gathering herbs in a garden near the celebrity’s house.

According to eyewitness accounts from neighborhood residents, on May 4, two dogs escaped from their fence after spotting a water deer on the mountain. The residents also said that the dogs were over 20 kilograms (approximately 40.1 pounds) and were not wearing leashes or muzzles inside the fence.

The owner of the dogs was revealed to be actor Kim Min Kyo, who appeared on the show “A Man Who Feeds the Dog” (literal title) with the same dogs in 2018. 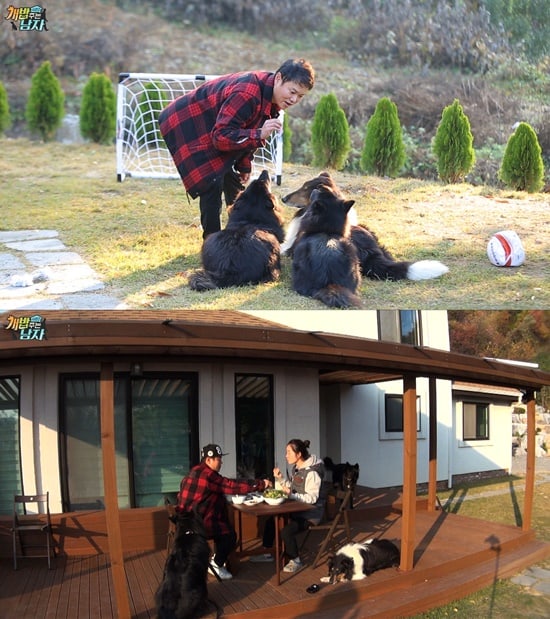 The elderly woman was taken to the hospital and admitted to intensive care for wounds on her thigh and both of her arms. She has since been moved to the general ward after her condition improved.

On May 10, Kim Min Kyo said that the elderly woman is currently undergoing treatment, and added, “I’m usually on good terms with my neighbors. I’m staying by her side for treatment.”

Additionally, the actor uploaded an official statement on his personal Instagram account to explain the details of the incident and make an apology.

Hello, this is Kim Min Kyo. I’m very sorry to have worried everyone with my personal situation.

On May 4, my dogs caused an accident by afflicting harm on my neighbor, an elderly woman.

While I was away for filming, the dogs who were inside the fence saw a water deer and escaped by jumping over the wall. My wife’s first thought was to hurry and find the dogs, since they weren’t wearing muzzles or leashes while they were inside the fence. During that time, the dogs bit the elderly woman in her garden, causing an accident that shouldn’t have happened.

This elderly woman and her family have always taken care of me and my wife, and I felt even more apologetic after they expressed their worry towards us. The elderly woman is currently in the hospital receiving treatment, and as a dog owner I think my responsibility in this situation is a given.

I am in discussion with an expert about the necessary measures to take, including education and boarding, to make sure an incident like this never happens again.

In addition, I will take responsibility and stay by the elderly woman’s side until all of her treatment has finished. As a dog owner, I’ll take precautions to make sure this doesn’t happen again by taking better care of my dogs and educating them more thoroughly. Once again, I feel strongly responsible and very sorry for this chain of events. I also apologize for not releasing a statement sooner. From, Kim Min Kyo.

kim min kyo
XPN
How does this article make you feel?