Park Ji Hoon has dropped the music video for his comeback, “Wing!”

Check out the gorgeous music video for “Wing” below!

Park Ji Hoon has shared some of the lyrics on his upcoming third mini album, “The W!”

The song “On the Rise” reads, “Doom DoomDoomDoom. Climbing a little bit higher, I’m on the rise.” The song “Wing” reads, “Flying close to the sun with you. If I was alone, I’d be afraid. You gave me wings, now I’ll draw you a dream. Open your eyes again.” The song “Frequency” (literal translation) reads, “Your beauty surrounds me like warm sunlight. Your smile needs no words of explanation. I can’t stop loving you, everything about you is beautiful. You’re the right frequency to touch my heart.”

The song “Driving” reads, “Flowers, sunlight, clouds, the wind that reminds me of you. The scent of flowers in my nose. Driving, you and I. A secret party between the two of us.” The song “Paradise” reads, “‘Cause you’re one in a billion. You and I are burning on a stolen ray of light, swallow the darkness and spread. If you’ll have me, this could be paradise.” The song “Let’s Love” reads, “Pretending to be indifferent (let’s love), I’m going to move into your heart (that’s love) before you know it. On your lips (let’s love), I feel good thinking about your kiss.”

Park Ji Hoon released a preview of the songs on his new mini album “The W”!

Park Ji Hoon shared an MV teaser for his return with “Wing”!

Park Ji Hoon revealed his track list for “The W”! The mini album will include six songs and feature the title track “Wing.” 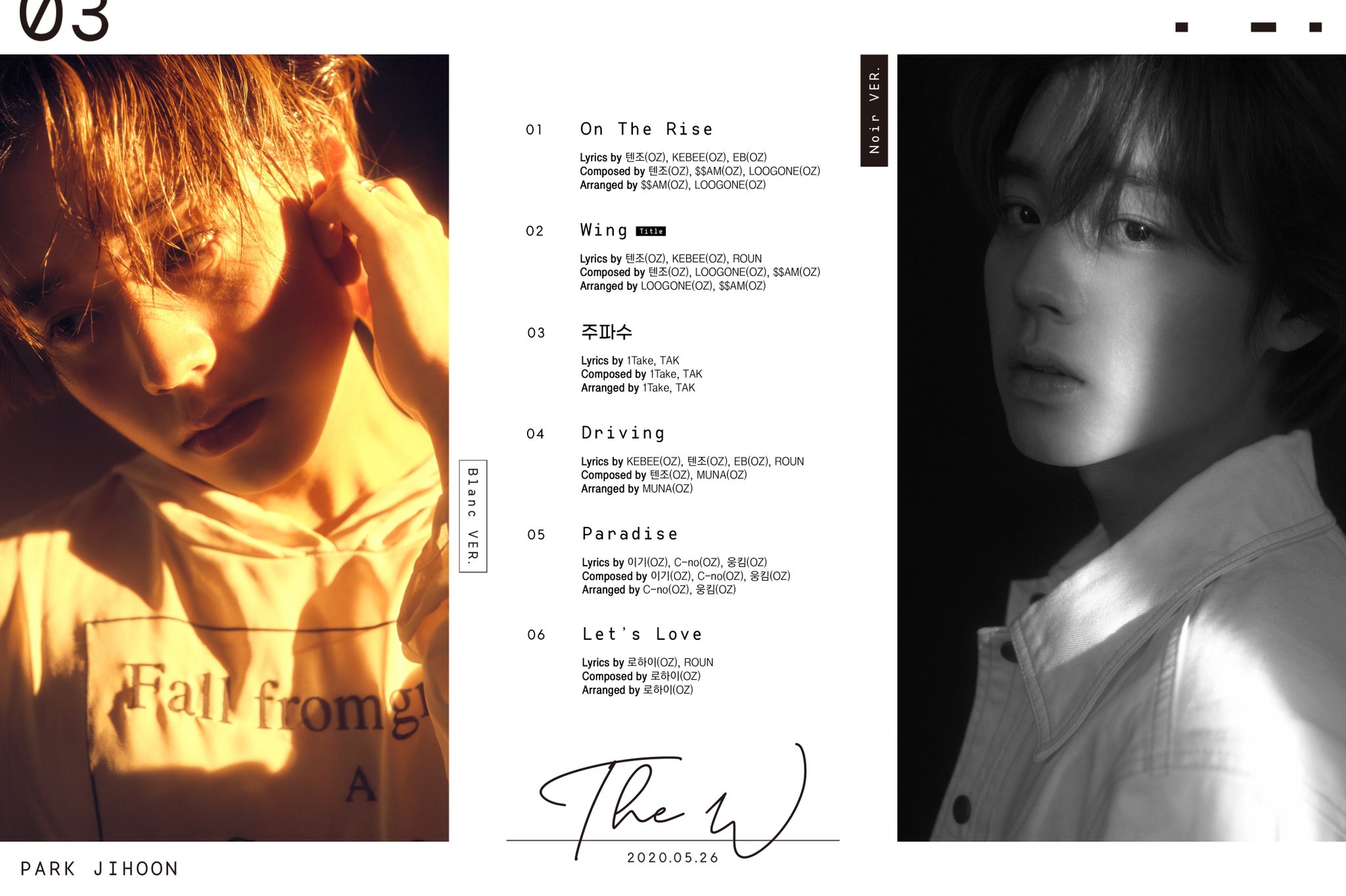 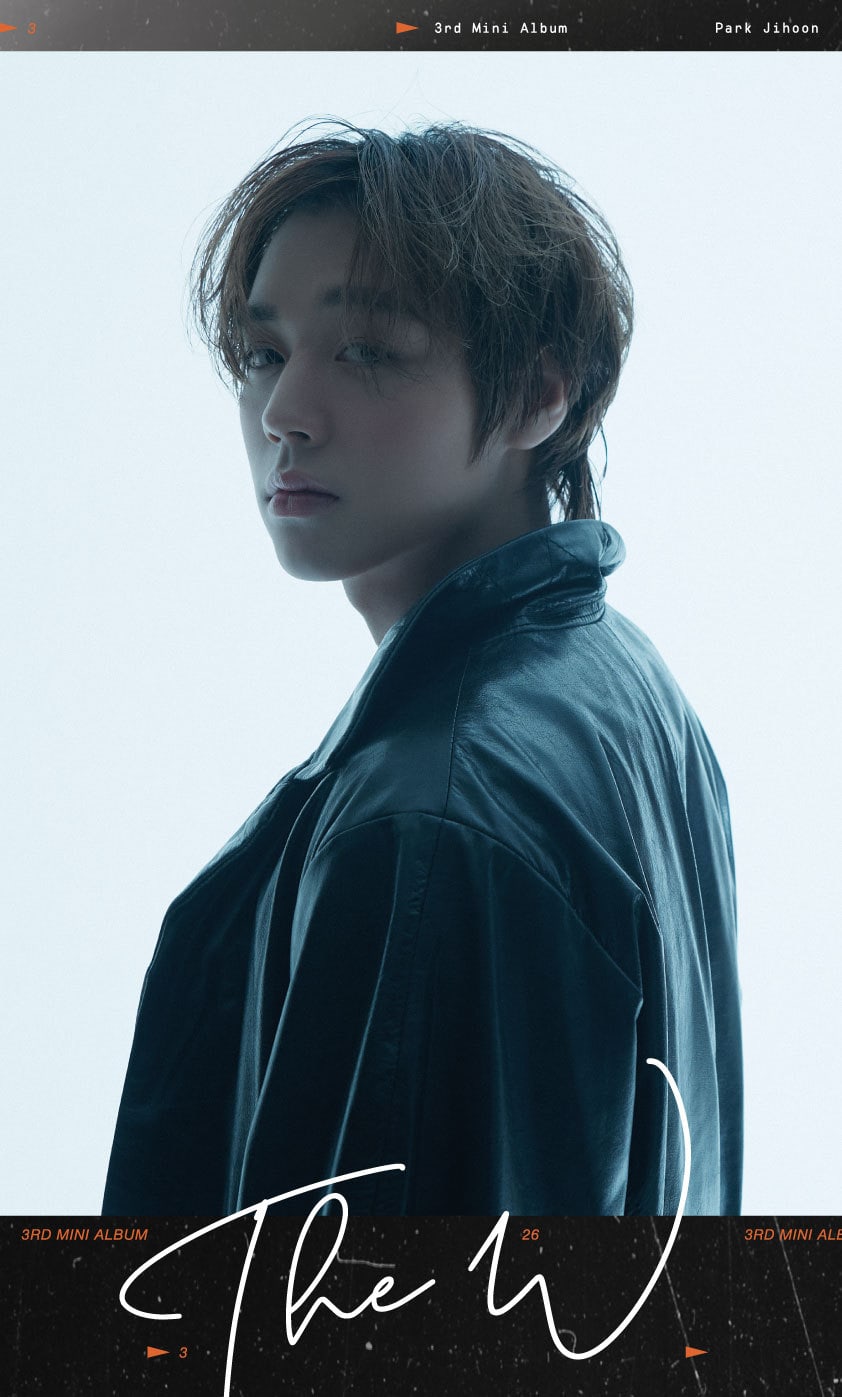 Park Ji Hoon released a new “extreme close up cut” teaser for his album, this time with photos from his “Noir” (black) concept!

Park Ji Hoon has now shared his full shot photo for the “Blanc” version of his upcoming album! 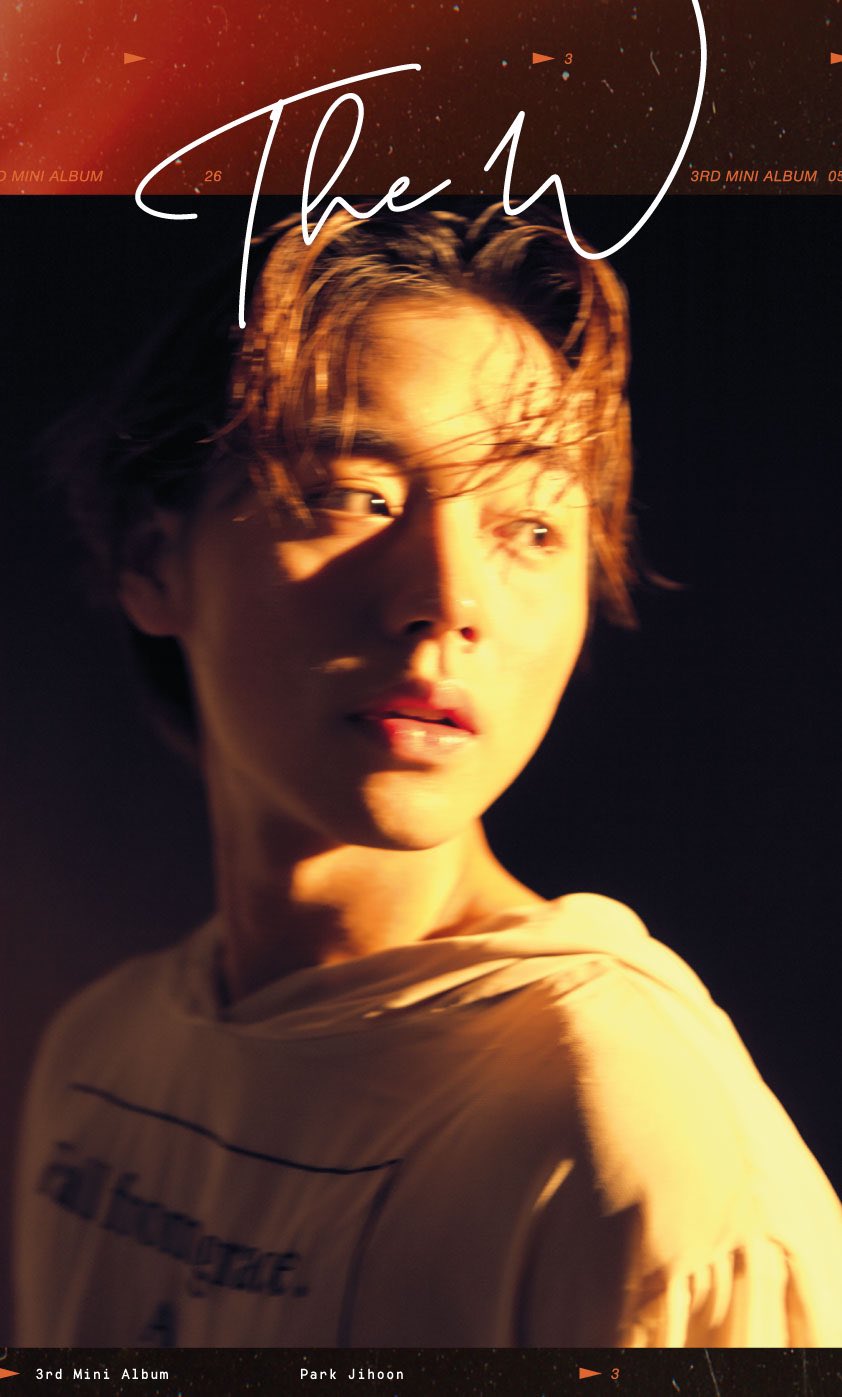 Park Ji Hoon shared “extreme close up cut” teaser images, with this set being the “Blanc” (white) version! The full shots are due out at noon KST.

Park Ji Hoon has revealed his plans for his upcoming spring comeback!

On May 11 at midnight KST, Park Ji Hoon officially announced that he would be making his highly-anticipated return with new music on May 26.

The idol also unveiled a “promotion plan poster” for the comeback, which features a detailed teaser schedule for his upcoming release at the end of the month. 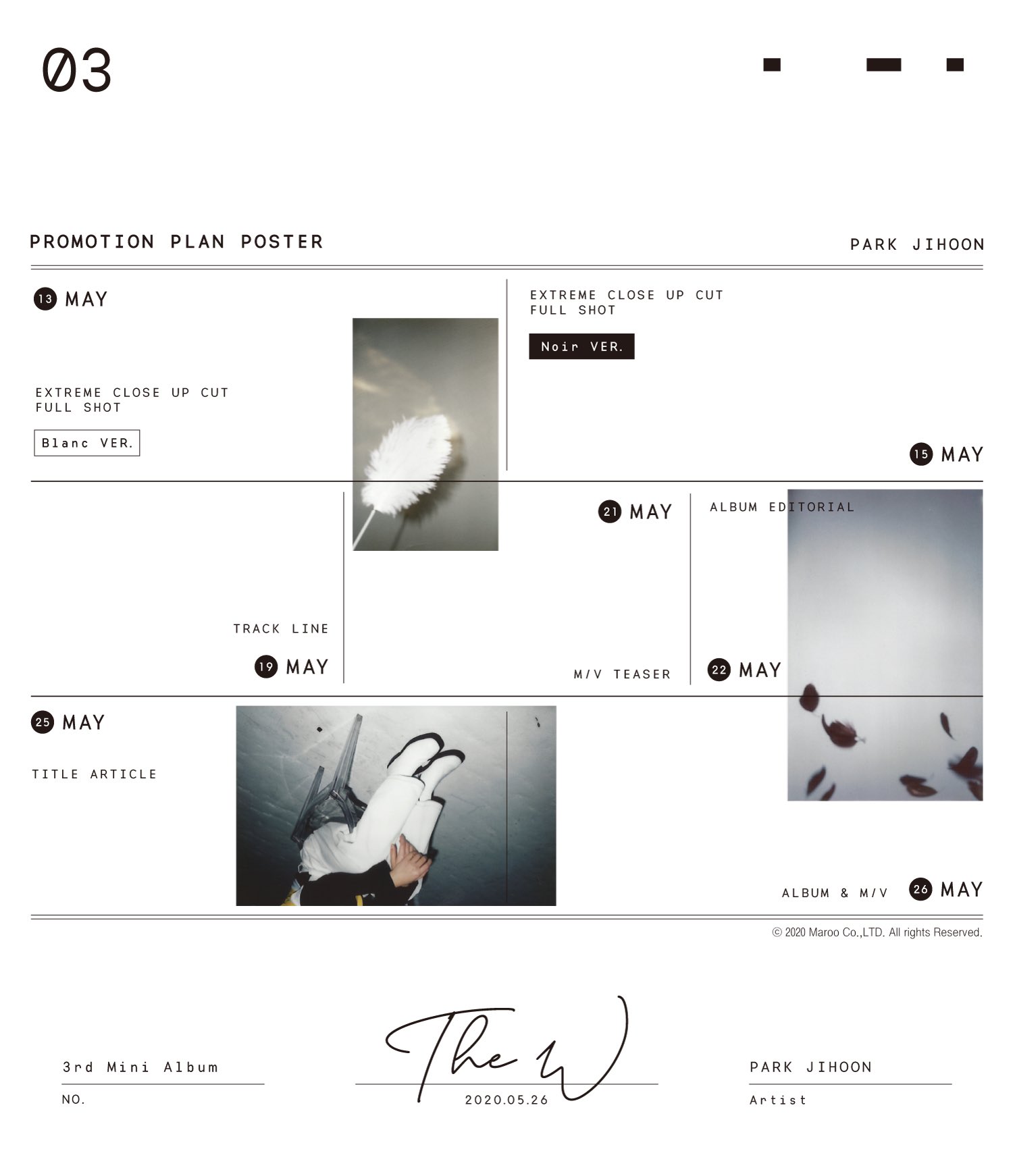 Park Ji Hoon’s last comeback was in December of last year, when he released his second mini album “360.”

Are you excited for Park Ji Hoon’s return on May 26? Stay tuned for updates!