“Old-School Intern” is a new office comedy about a man who finally gets sweet revenge on a former boss who once made his life miserable.

First off, Park Hae Jin poses as Ga Yeol Chan, who becomes the head of the marketing team at Jun Su Foods after moving up the corporate ladder at lightning speed. His nickname is “God Yeol Chan,” and his hashtags describe him as a “wannabe boss not found anywhere.” His eyes are sharp and passionate, but his posture is calm and gentle. 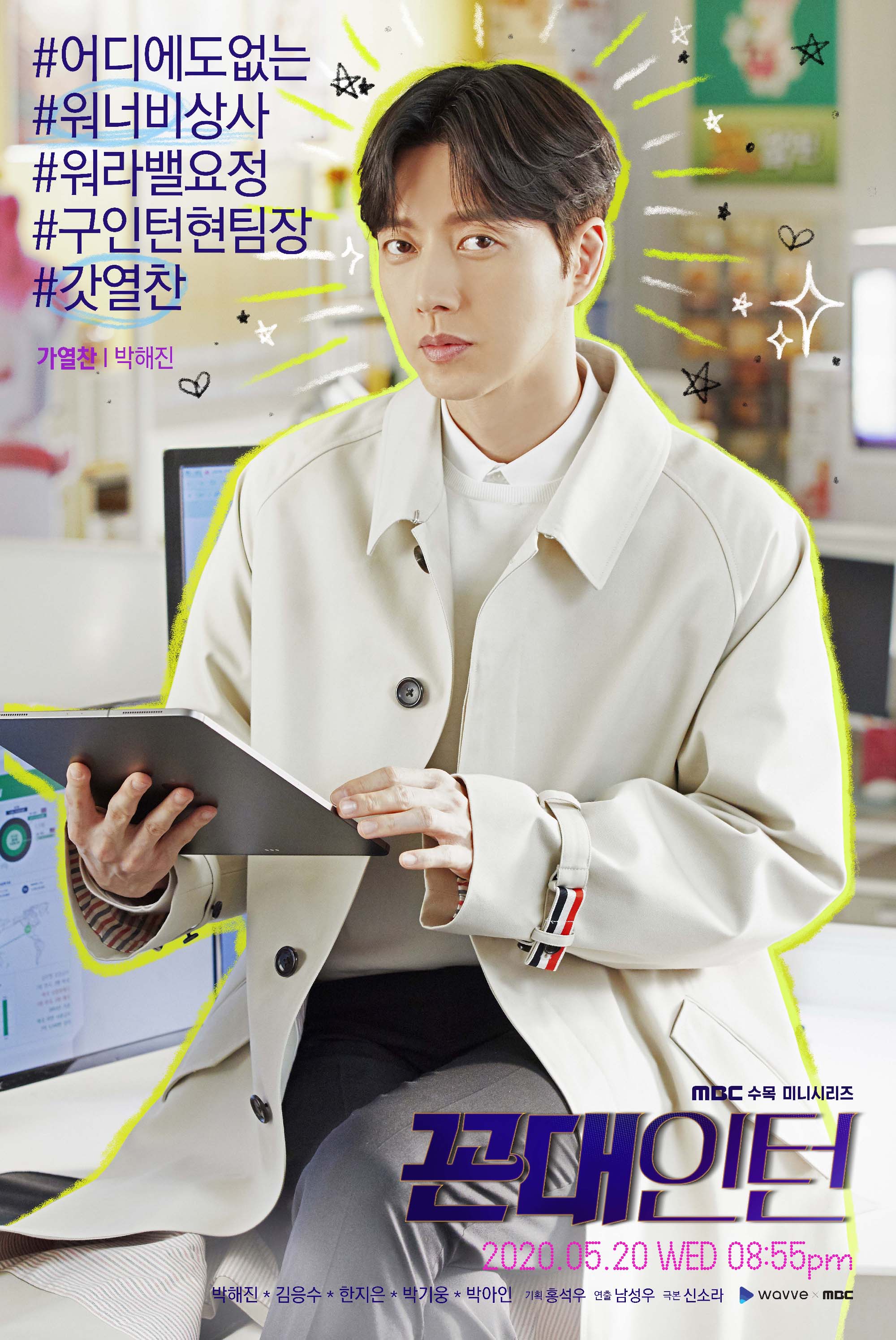 Kim Eung Soo evokes laughter with his crabby expression as he poses as Lee Man Shik, who was once Ga Yeol Chan’s boss at another company but has now been hired as his subordinate at Jun Su Foods. As the rookie of the team, he is expected to do the menial tasks such as making coffee. 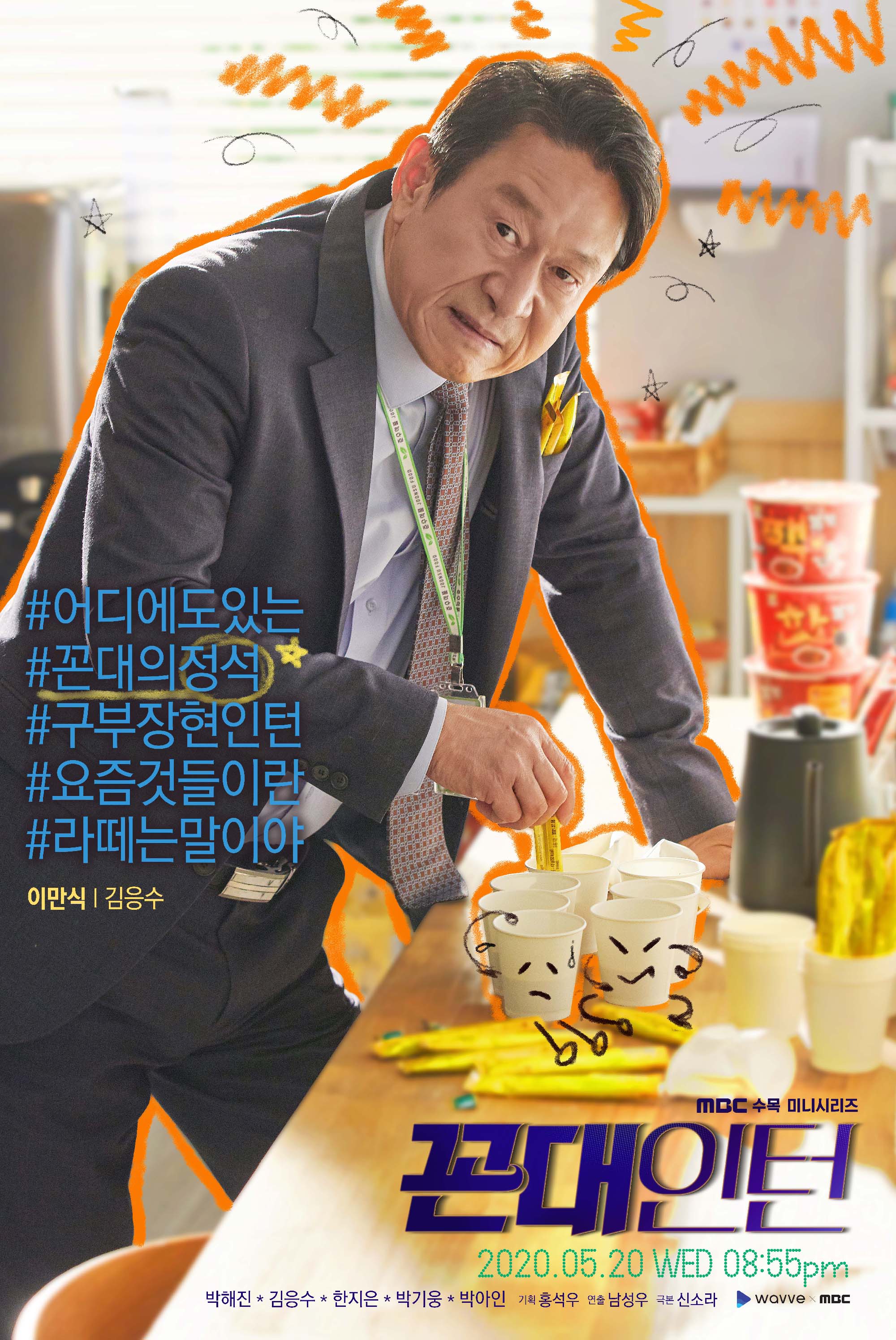 Park Ki Woong, who plays Namgoong Jun Su, the CEO of the company, stares at the camera in free-spirited clothes and an arrogant posture. The hashtags describe Namgoong Jun Su as a “silver spoon, “immature son,” and “office villain.” There are only six months before the vote for reappointment as CEO, so there is curiosity about what measures he will take to maintain his position. 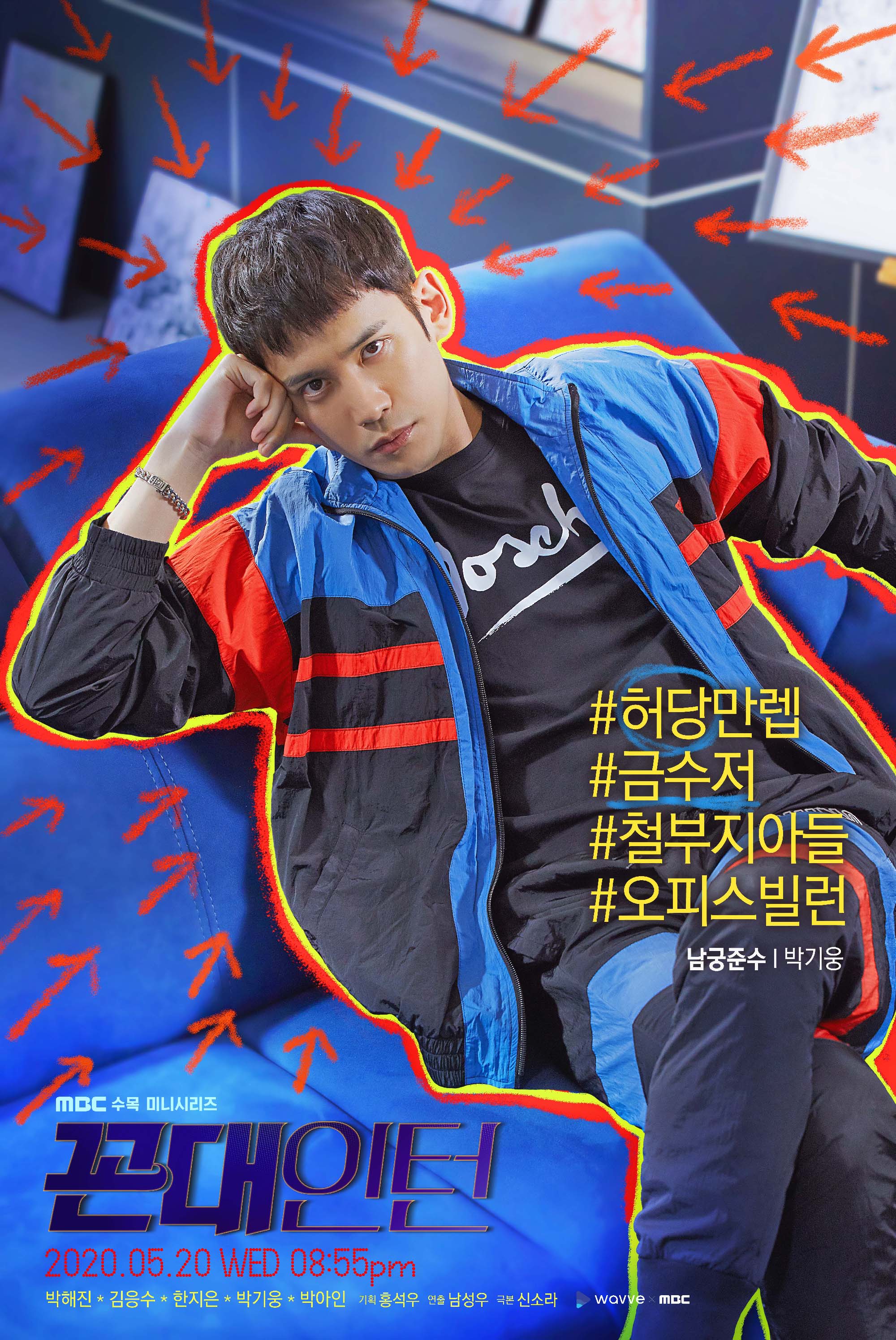 Han Ji Eun looks determined in her role as Lee Tae Ri, another marketing team intern. Her hashtags describe her as the “king of copying,” and as if to prove that point, she boldly poses in front of the copy machine. She doesn’t get along with elders, and she is the type of person who will try everything, from fashion to food, that is considered trendy. 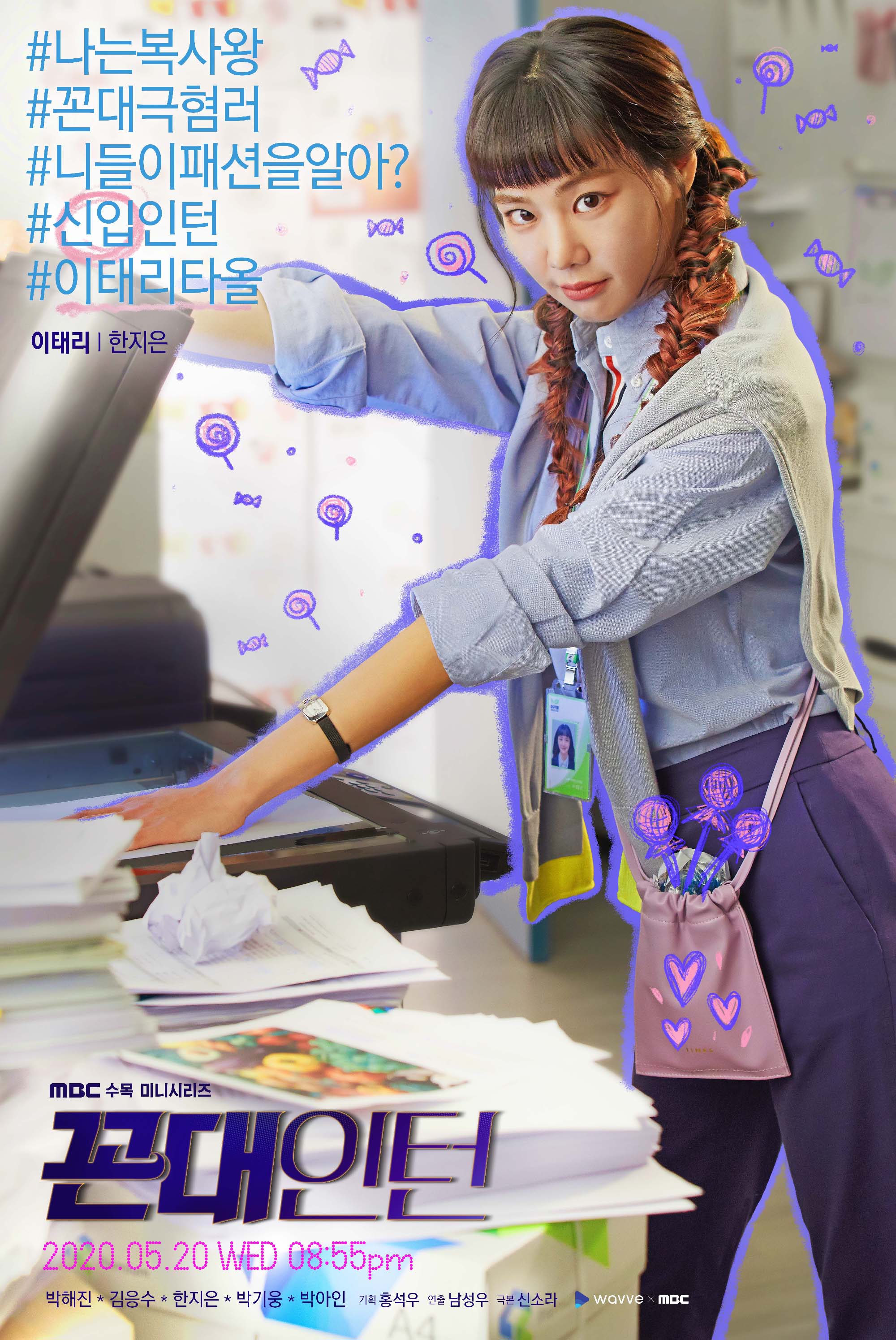 Park Ah In looks busy on the phone as her character Tak Jung Eun. Tak Jung Eun seems like a woman with a strong career, but she is actually just a contract worker with a crazy tendency to record how many times interns use the restroom and the number of mixed coffee packets they steal. 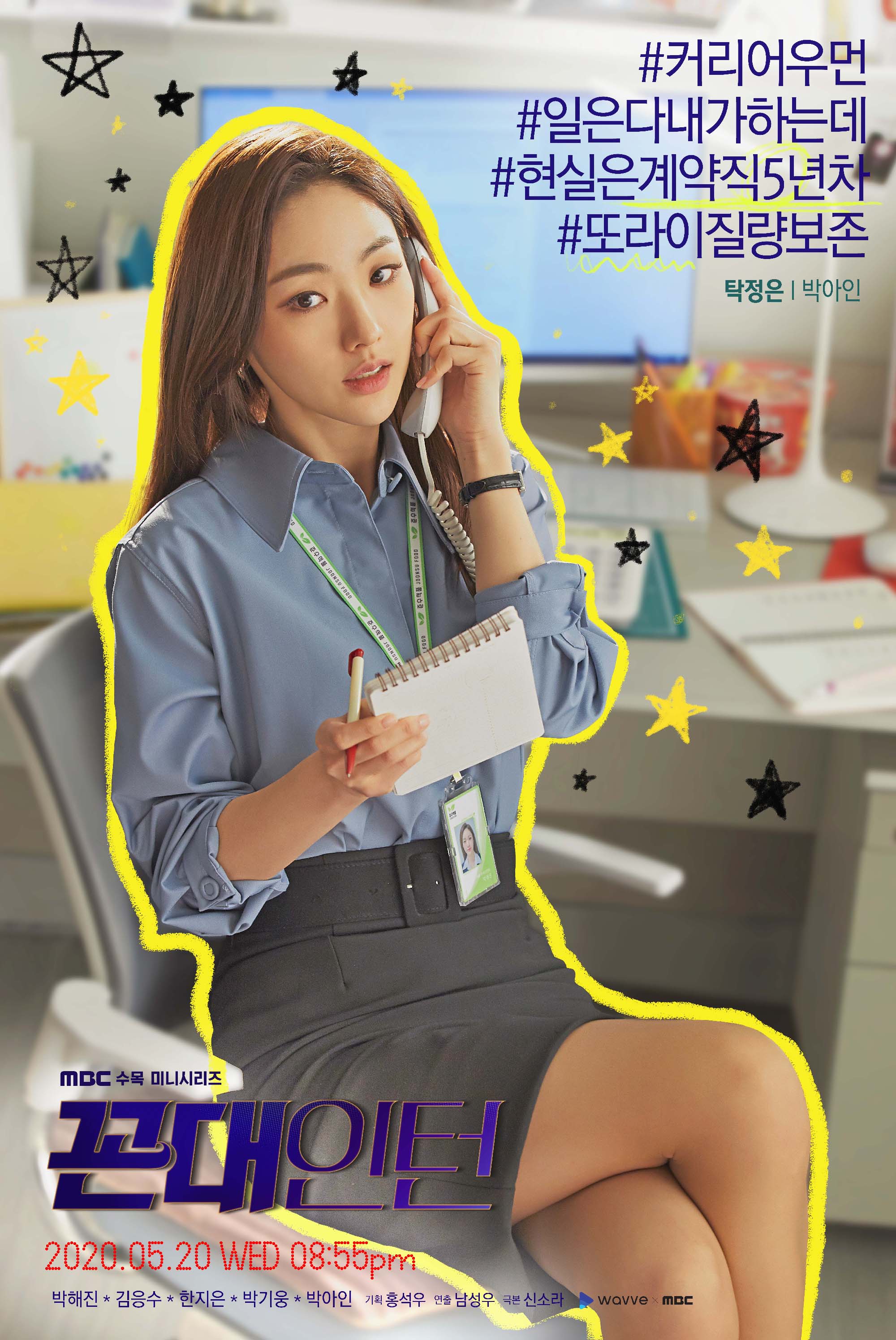