Lee Min Ho Shares His Warm Smile With Everyone Behind-The-Scenes On “The King: Eternal Monarch”

“The King: Eternal Monarch” takes place in two parallel universes, one in which Korea is a constitutional monarchy and one that is similar to the current-day republic. Lee Min Ho plays Emperor Lee Gon in one universe and Kim Go Eun plays Detective Jung Tae Eul in another universe.

Lee Min Ho has been captivating viewers with the contrast between his character’s two sides as charismatic emperor and tender romanticist. He perfectly captures his character’s royal aura and frequently showcases his immersive emotional acting. Moreover, he brightens the atmosphere on set even when the cameras aren’t rolling. 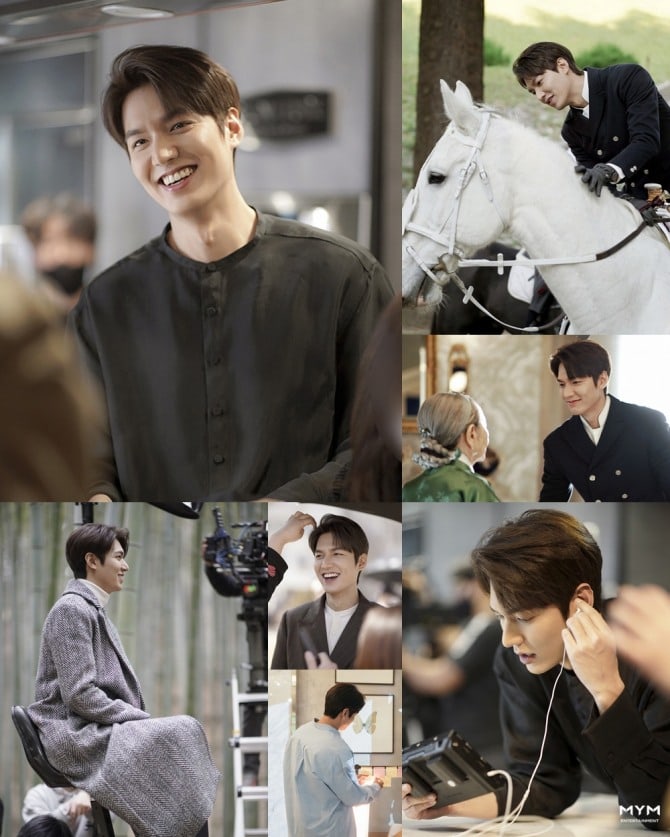 Lee Min Ho has been filming “The King: Eternal Monarch” since last October, moving all over the country from Seoul to South Jeolla Province to Busan. He has had to film several horseback riding scenes, which take a lot of stamina, as well as difficult emotional scenes. The fantasy plot of ‘parallel universes’ also required a great deal of mental focus. Despite this, Lee Min Ho never lost his smile and helped his fellow cast and crew members relax whenever he was on set.

In the behind-the-scenes photos revealed on May 12, Lee Min Ho’s warm smile radiates out to everyone on set and brightens the atmosphere. Although he gets into character as soon as the director makes the sign, his smile returns as soon as the cameras stop rolling. In particular, his smile makes an impression in his warmhearted encounters with senior actor Kim Young Ok and his equine co-star Maximus and when he helped the production staff with props between takes. 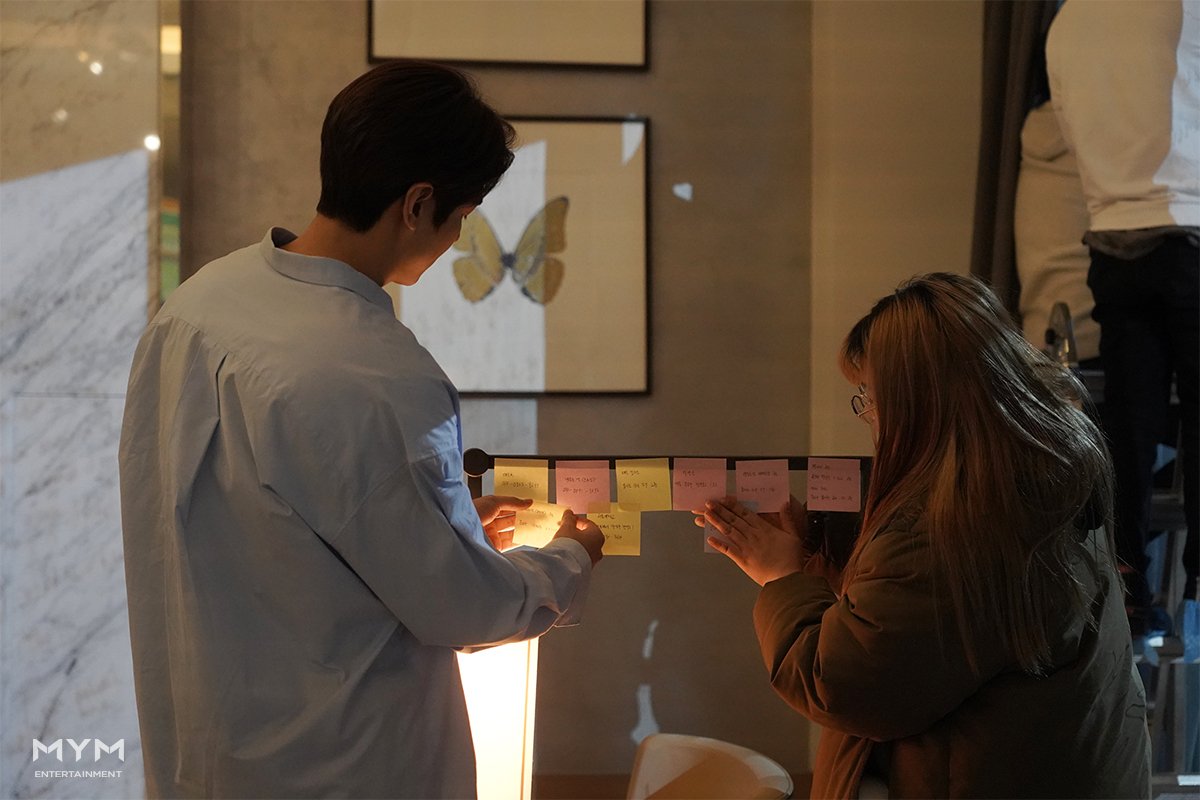 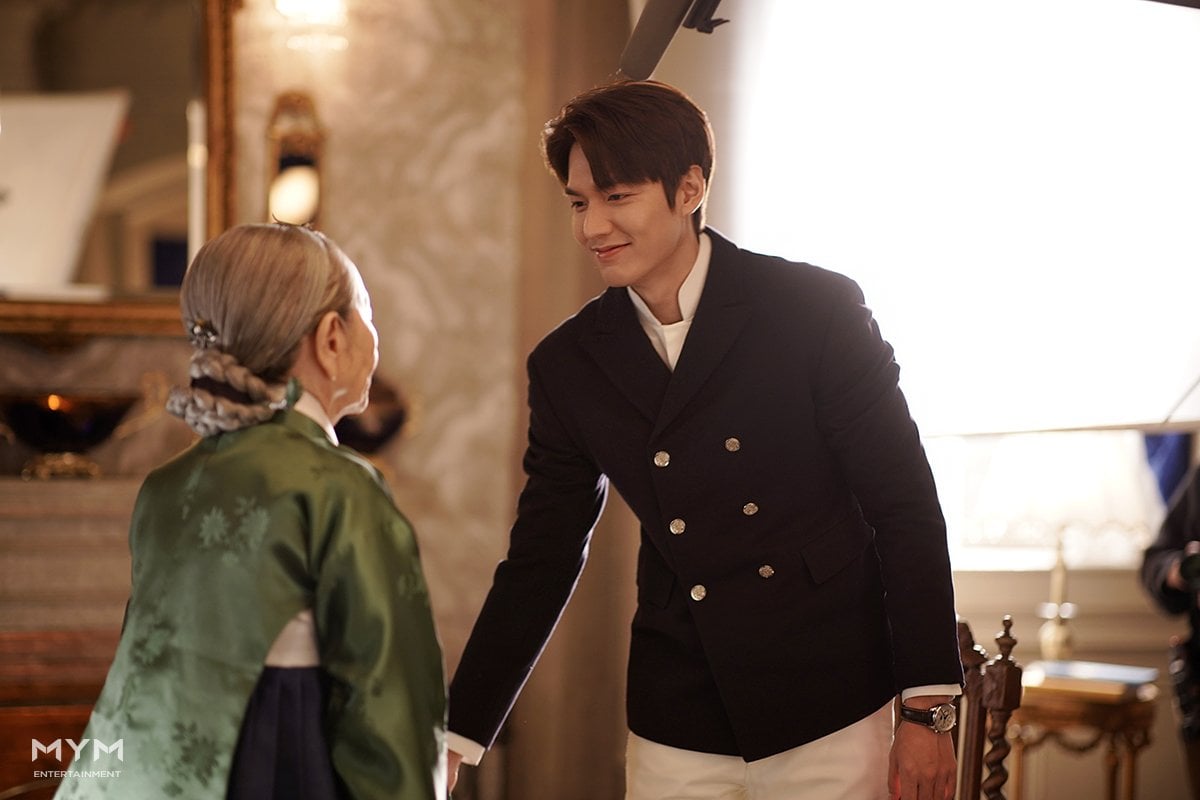