Watch: IU Talks About Collaboration With BTS’ Suga, Earning Points With Her Brother When Post Malone Followed Her On Instagram, And More

IU reacted to posts about her online, talked about her latest collaboration, and more!

On May 12, 1theK released the latest episode of its “Look Me Up” series, where celebrity guests search for posts about themselves on social media. IU first began by looking up her page on Namu Wiki, a Korean wiki site, and she was amazed by the detail of the page and laughed over her fans’ complimentary language as they described her history.

On one site, she found a post about how IU had followed Post Malone back on Instagram. She said, “After I was told that Post Malone followed me on Instagram, I forgot about it. My brother is studying in the United States now. I asked him, ‘Who’s the best in America these days?’ and he said it’s Post Malone.”

“I said to him, ‘I heard that Post Malone followed me,’ and he suddenly really went wild,” she shared and laughed. “I wanted to show off a bit too. I pressed ‘Follow’ in front of my brother.” She laughed as she read comments from people who had written, “Post Malone is a successful fan.” 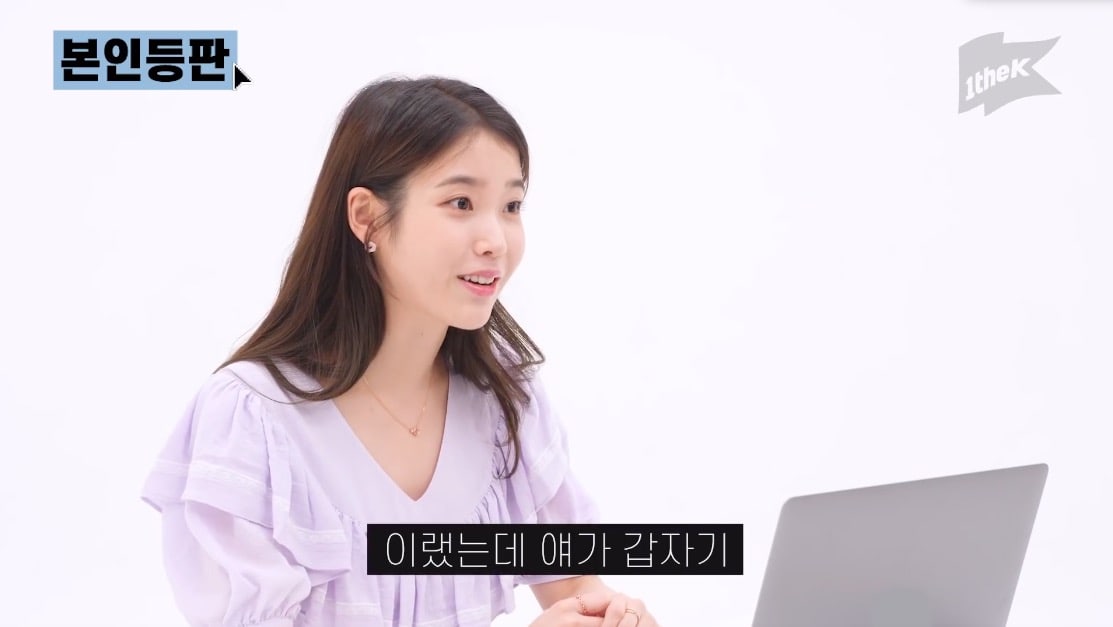 She went over to DC Inside, where she checked out what was going on on her fan gallery with less than an hour to go before the release of her new song “eight.” The track features and was produced by BTS’ Suga, and it came out on May 6.

She laughed over some of the posts and also was impressed by fans who were showing they’d donated after she donated on Children’s Day.

When she moved over to The Qoo, she found a post by a BTS fan who’d shared a clip from Suga and RM’s V Live broadcast where they talked about Suga’s collaboration with IU.

IU listened as Suga in the clip said, “The production process was very smooth so there wasn’t a lot of back-and-forth” and RM said, “I think people will be able to listen to it for a long time.”

IU responded, “He gave me such a big compliment.” She added, “As Suga said here, the production process went really quickly. We didn’t spend a long time thinking hard about it. Suga sent me a track, I wrote a melody and sent it to him. It really worked like that, in one go. Then we recorded it right away. I was so thankful.”

She also looked through her discography on Melon while checking out the comments, and she shared stories about her many releases!

Watch the video with English subtitles below: