GFRIEND’s Yuju amazed with her pole dancing on “Video Star”!

On the May 12 episode of the talk show, Yuju shared that she was a big fan of figure skating and had dreamt of being a figure skater, but her mother had opposed it because she was worried she’d get hurt. She later said, “I wasn’t able to convince my mother to let me figure skate, but she gave me permission to do pole dancing. That’s how I started, and this is my first time revealing it.”

She explained, “To be honest, our agency head opposed it a bit. He was worried because pole dancing requires there to be friction with the skin. That’s why he told me to definitely not upload it. But I finally got permission!”

Yuju then wowed the panel with her beautiful pole dancing!

During the show, Yuju also talked about appearing on “K-pop Star” in 2011. She shared, “At the time, I had been in an agency but then my debut plans fell through. I was crying in the car on the way home when a friend told me that it was the final day for ‘K-pop Star,’ so I applied. I ended up appearing on television and got my face out there a bit.”

When asked what she remembers from her experience on the show, she recounted how JYP founder Park Jin Young had told her that her voice sounded “common.” She shared, “Thanks to that, I was able to try harder.” 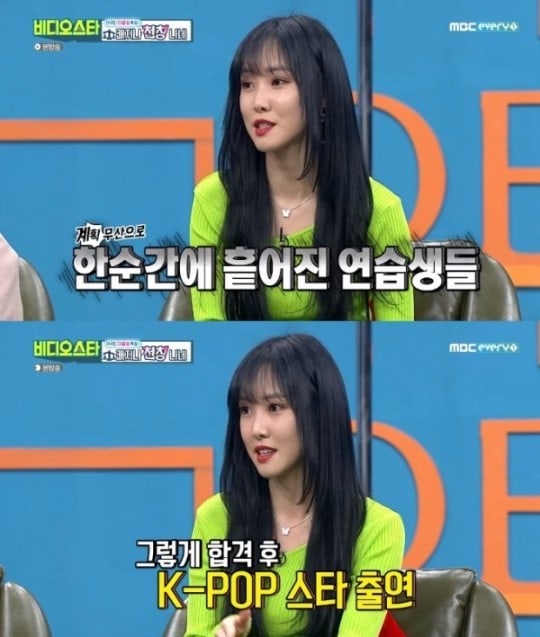