Se7en Describes Close Friendship With Rain Despite Their “Rival” Reputation

Se7en spoke about his “rivalry” with Rain and explained their close friendship!

On May 12, Se7en appeared as a guest on Mnet’s “Quiz and Music Show.” During the show, he confidently announced, “I won’t try to be funny and will instead answer all of the questions correctly.” However, he failed to answer questions pertaining to many artists whom he promoted alongside, such as Baek Ji Young, 1TYM, S.E.S, DJ DOC, Wonder Girls, and himself.

He mentioned that he was still good friends with the members of 1TYM and talked about his friendship with Rain. Se7en debuted in 2003 under YG Entertainment, a year after Rain made his solo debut under JYP Entertainment, and the two were often portrayed as rivals in the media. 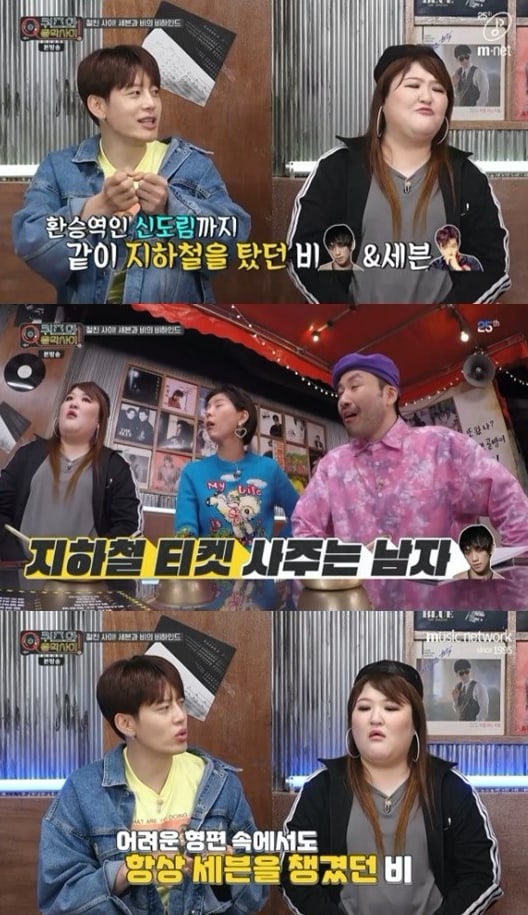 Se7en dispelled these comments by saying, “When we were in school, Ji Hoon [Rain’s real name] and I would travel to and from school together. We would take the subway together and Ji Hoon would get off at Sindorim Station to go to JYP and I would go to Hapjeong,” where YG Entertainment is located.

He continued, “Ji Hoon would always buy me my subway ticket. It was when they cost around 700 won (approximately $0.57) but he would buy me a ticket every day.”

Se7en also explained, “We are even closer now. He’s a total foodie. He knows a lot of good restaurants so he always takes me with him.”

Rain
Se7en
How does this article make you feel?