KBS 2TV’s “Fix You” has unveiled a sneak peek of the changing dynamic between Shin Ha Kyun and Jung So Min!

“Fix You” tells the story of psychiatrists who believe in “healing,” rather than “curing,” their patients. The drama aims to shed light on common mental health concerns such as anxiety, depression, panic disorder, trauma, schizophrenia, alcoholism, and more, without judgment. Shin Ha Kyun stars as Lee Shi Joon, a psychiatrist who is willing to go above and beyond the call of duty to treat his patients, while Jung So Min stars as Han Woo Joo, a musical actress with a temper.

Previously on “Fix You,” Lee Shi Joon and Han Woo Joo started off on the wrong foot during a musical awards ceremony where his delusional patient arrested her for “drunk driving.” The two characters reunited at the hospital where he works, and he handed her a yellow plastic bag as a quirky solution to her anger issues. At the end of episode 4, he told her, “You’re not crazy. You’re sick. If you admit that you’re sick, you can be healed as much as you want.” That was the beginning of the changing dynamics between Lee Shi Joon and Han Woo Joo.

On May 13, the drama released new stills of Lee Shi Joon and Han Woo Joo at a cafe. He appears to be handing a beautifully folded note to her. Then he suddenly holds out his palms, and she looks a bit puzzled by his eccentric behavior. Viewers are wondering what is written inside that note and if she will accept his offer to be treated by him. 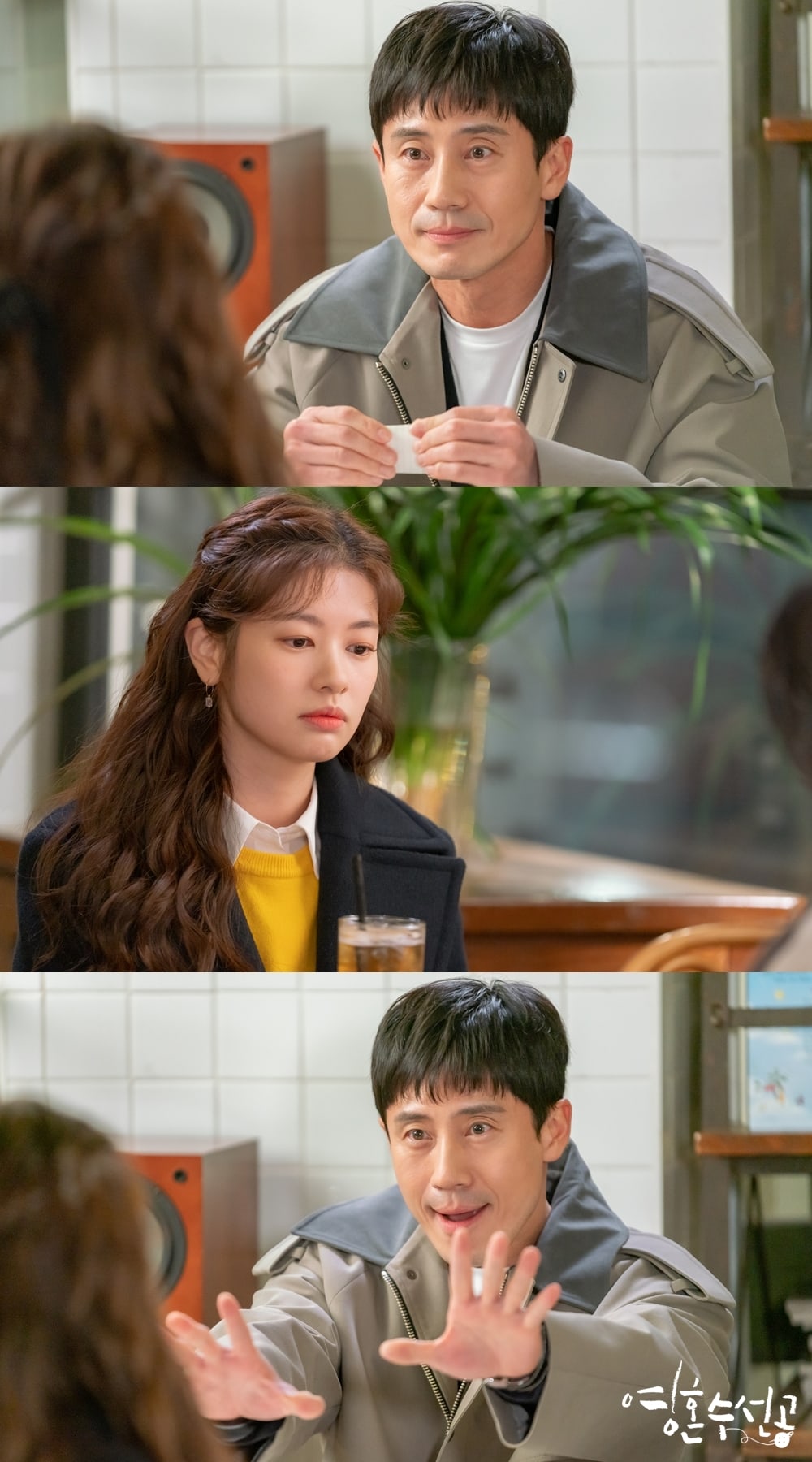 The production team shared, “Many viewers have showed interest about the prescription of a yellow plastic bag by eccentric doctor Lee Shi Joon in episodes 3 and 4. Another special remedy by Lee Shi Joon will be unveiled in this week’s broadcast. Please look forward to it.”

Watch the latest episode of “Fix You” on Viki below!