MONSTA X Tells Stories And Gets Competitive On “Weekly Idol,” Joohoney Talks About EXO’s Chanyeol Choosing Him For School Band, And More

MONSTA X upped the excitement for their comeback!

On the May 13 episode of MBC every1’s “Weekly Idol,” the boy group had a ton of fun during their appearance.

MONSTA X shared many stories including one about their late penalty where the members have to pay 50,000 won (approximately $41) if they’re late for one minute. The group added, “Thanks to this, we’re late less.”

Kihyun called Shownu an oldie and Shownu, in turn, chose Kihyun as someone with a bad sense of fashion. The MONSTA X leader explained, “I’m not that good either, but I can beat him. I don’t think he tries hard.” 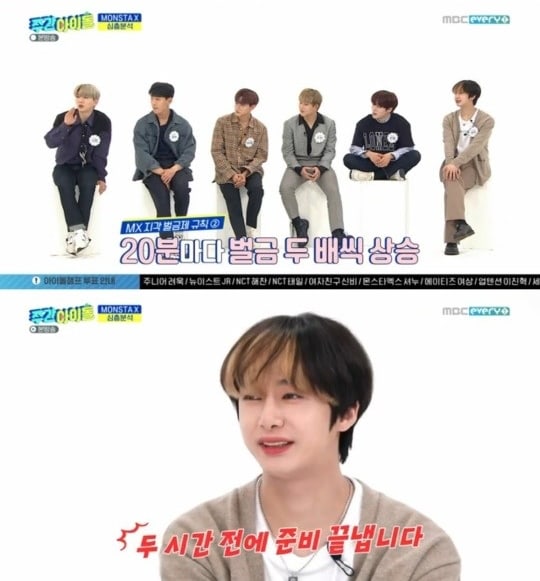 Minhyuk also chose Hyungwon as someone who he might’ve become close with even if it weren’t for MONSTA X. Minhyuk said, “There’s one person I can think of without any hesitation.” Referring to Joohoney and Kihyun, he continued, “But there’s someone that’s the complete opposite of that too.”

MONSTA X got the chance to show off their cuteness during the show’s signature segment of singing the “Otoke Song.” Joohoney confidently said, “I can beat all of the members when it comes to cuteness. The person who comes in second after me is Hyungwon.” Hyungwon, Shownu, and Joohoney took turns singing the song and revealed their adorable sides.

As for their individual charms, Shownu named Hyungwon as his visual rival, and the two of them had a “face-off.” The battle continued with Joohoney versus Kihyun and I.M versus Minhyuk.

The boy group also took a walk down memory lane where they compared their baby faces to their current selves. After looking at his childhood photo and a video of him playing the drums, Joohoney revealed, “I was more interested in rap, but a friend at my church looked so cool playing the drums, so I was in a band since middle school. I was also in a band in high school where I was band members with EXO’s Chanyeol. Chanyeol picked me, so I got to join the band.”

MONSTA X concluded the broadcast with a message about their May 14 debut anniversary. “We appeared for our fifth debut anniversary,” they said. “We hope this will be a gift for our fans. It’s not easy always being by our side, but thank you for loving and supporting MONSTA X.” 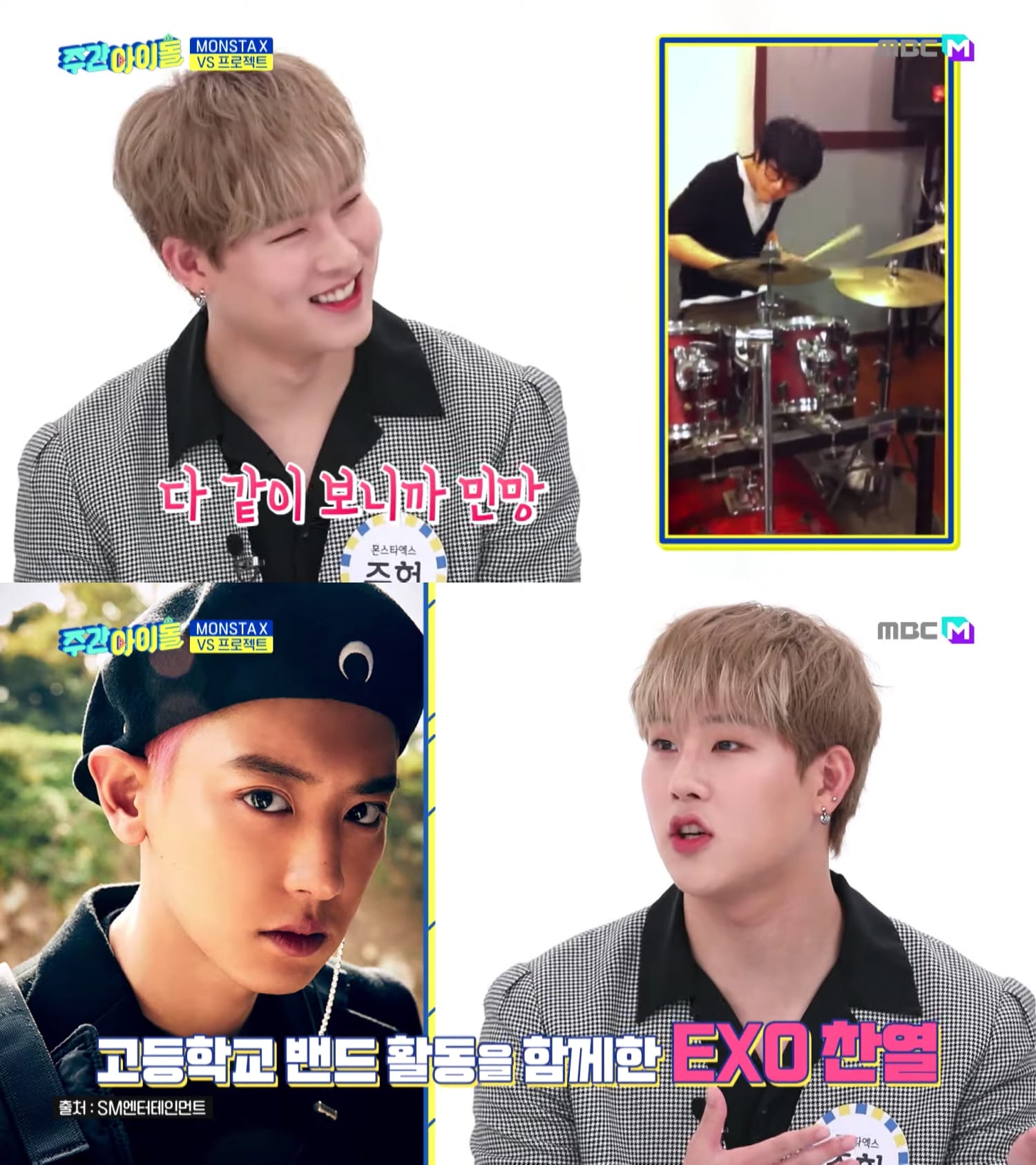 MONSTA X will make their comeback with “FANTASIA X” on May 26.

MONSTA X
Weekly Idol
How does this article make you feel?