Previously, Lee Gon (Lee Min Ho) and Jung Tae Eul (Kim Go Eun) began their alliance in order to take down Lee Rim (Lee Jung Jin). As the two began to investigate Lee Rim’s case together, they began to develop tender feelings for one another. However, unlike Lee Gon who confessed from their first encounter, Jung Tae Eul took time in realizing her feelings for Lee Gon. Once she finally discovered her true feelings, she confessed, “I love you,” and the two began their fateful romance.

In the upcoming episodes, Lee Gon and Jung Tae Eul will continue their heartfelt romance with a beautiful sunset scene in the background. The newly released stills reveal that the two are headed towards an unfamiliar place together. As they make their way, Lee Gon and Jung Tae Eul send affectionate glances and appear delighted just to be together. The couple sweetly holds hands while expressing various intimate emotions, making viewers excited to see how their romance will develop. 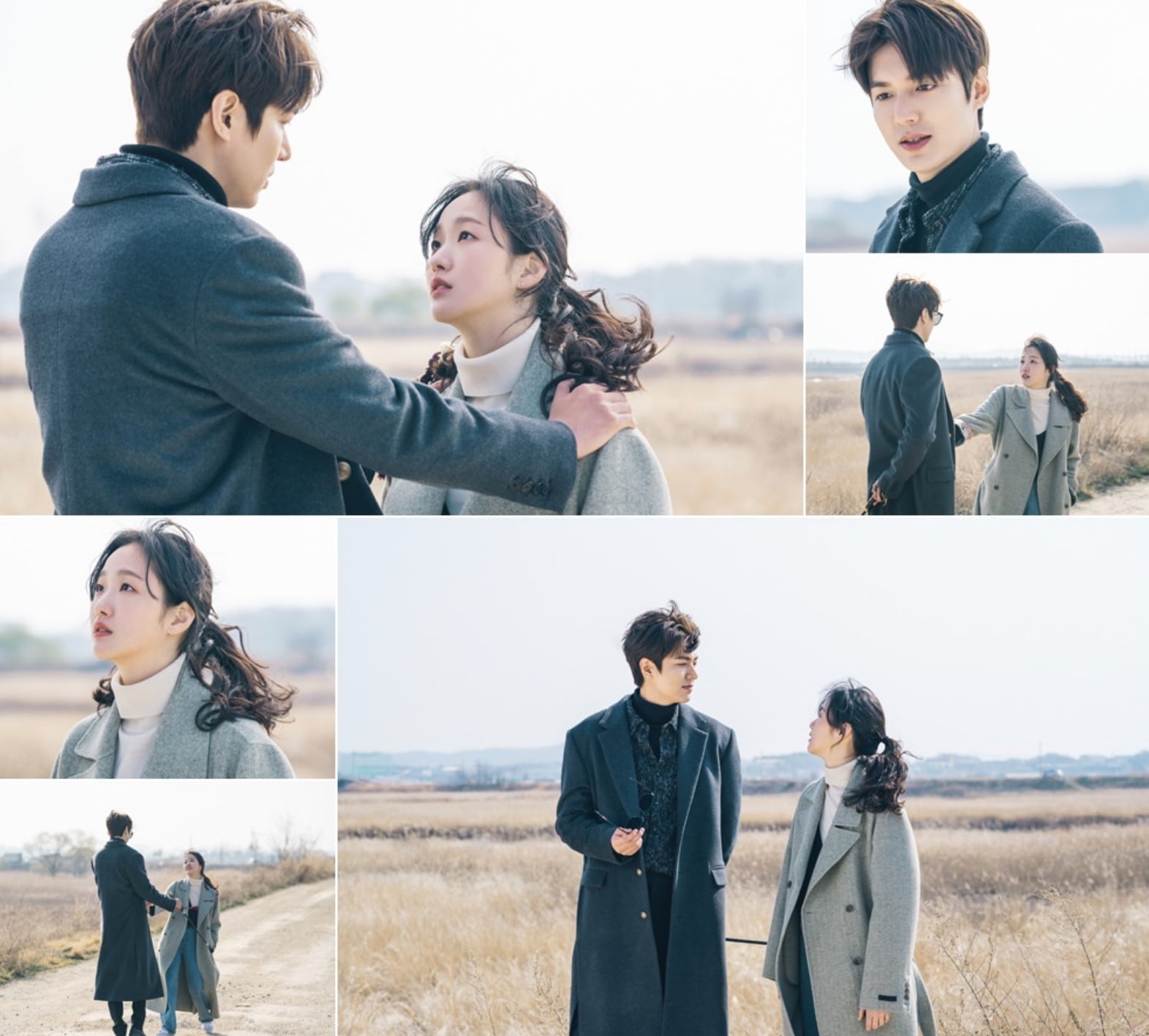 The scene in the stills was filmed in April in Paju of Gyeonggi Province. During filming, the two eased their nervousness on set with their bright energy. Before completely immersing into their characters’ emotions, Lee Min Ho and Kim Go Eun also playfully showcased their chemistry.

The production team shared that Lee Min Ho and Kim Go Eun created a heart-fluttering scene by perfectly capturing their characters’ affectionate emotions, adding that their sweet chemistry will continue in the upcoming episode.