Kim Hee Ae, Park Hae Joon, And Han So Hee Stand At A Crossroads In “The World Of The Married”

Things are about to come to a head on JTBC’s “The World of the Married!”

On May 15, JTBC Studio released stills of Kim Hee Ae, Park Hae Joon, and Han So Hee in the upcoming second-to-last episode.

In one still, Yeo Da Kyung (Han So Hee) visits Ji Sun Woo (Kim Hee Ae) at her house. Ji Sun Woo, who has endured betrayal after betrayal and lived through hell, looks calm with despair. Yeo Da Kyung, on the other hand, can’t hide the turmoil of her emotions as she stands off to the side alone. In another set of stills, Lee Tae Oh (Park Hae Joon) tries to persuade Yeo Da Kyung about something, but she can’t conceal her changed feelings. Meanwhile, Lee Tae Oh directs his rage at Ji Sun Woo, who responds without a change in expression. 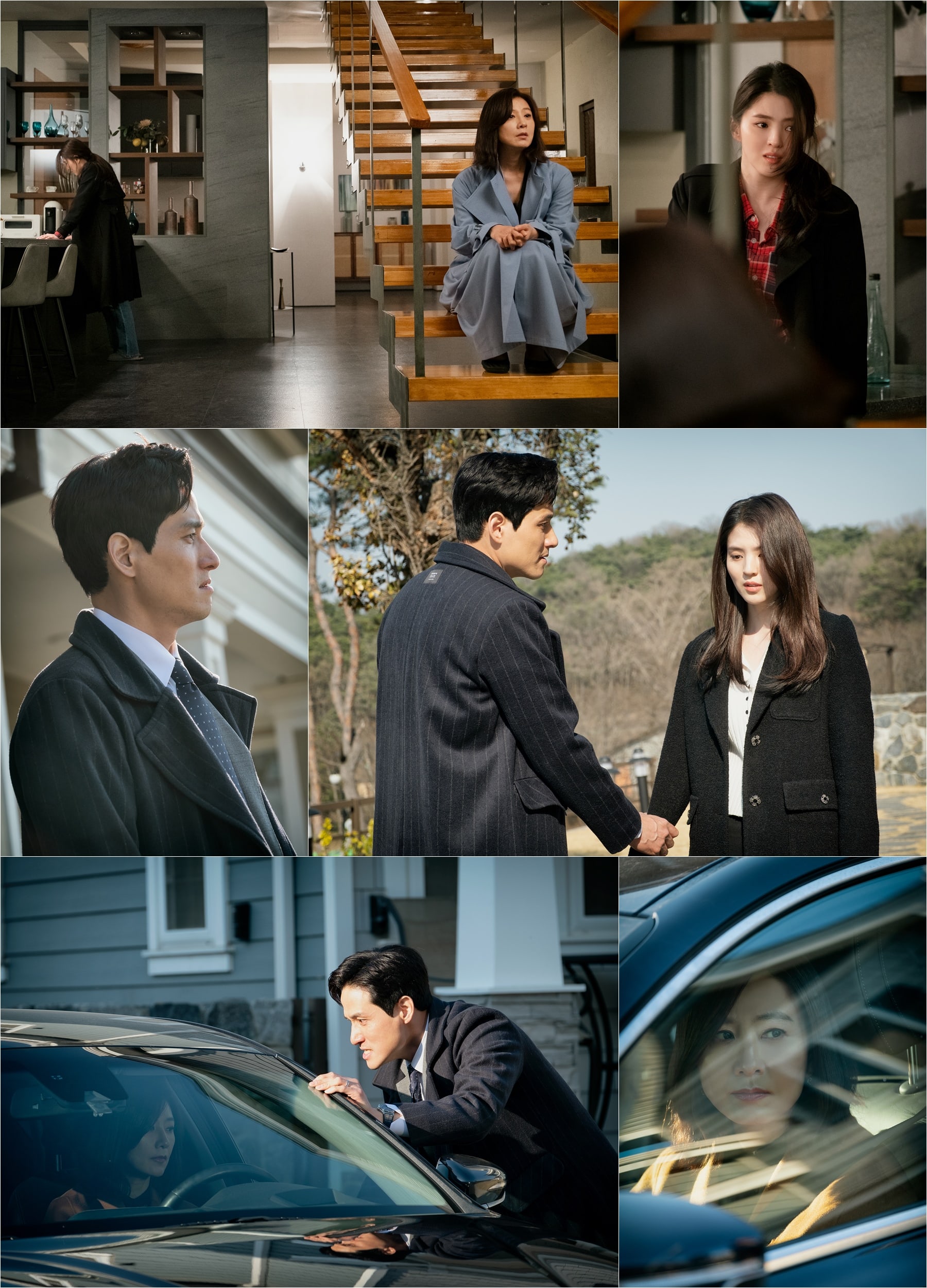 The production staff of “The World of the Married” stated, “Now that these three have come face-to-face with reality, their interlinked choices will set off the final storm. Please look forward to the changes and choices of these three people, who have experienced the absolute pitfalls of every emotion.”