On the May 15 episode of “Home Alone” (“I Live Alone”), Ahn Bo Hyun spent precious time with his mother.

The actor was busy in the morning cleaning and cooking to get ready for his mother’s visit. “I’m inviting my mother to my place for the first time in 17 years,” he said. “Ever since I started living on my own, I haven’t been able to invite my mother over. I’ve been struggling on my own in Seoul while chasing my dream, so I couldn’t live the life that my parents expected for me. My place has always been too small for me to show them before, but I decided not to be embarrassed anymore and invited her, even though it’s late.”

When his mother arrived, she looked around his apartment and was surprised by his collection of liquor bottles, manhwa issues, and more, and she soon started to nag him. She also told him that leaving the decorative lights on in his bedroom during the day was driving up his electricity bill. However, she praised him on how neat everything was. 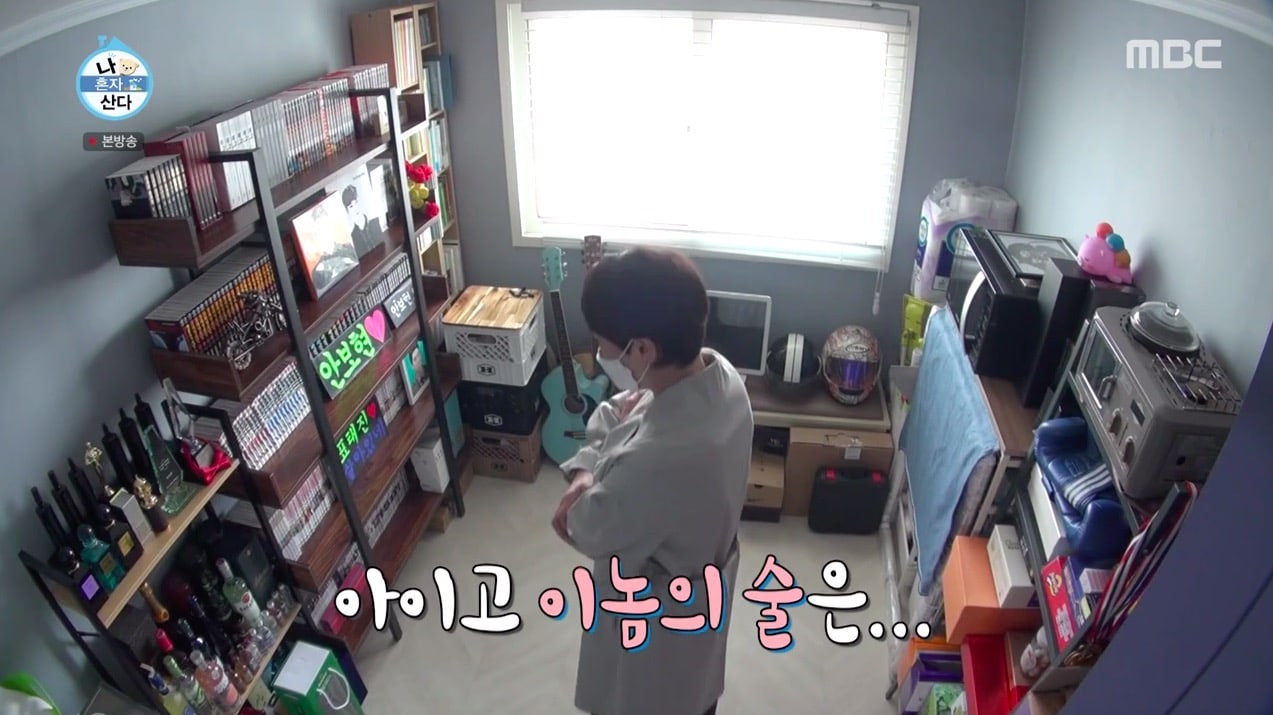 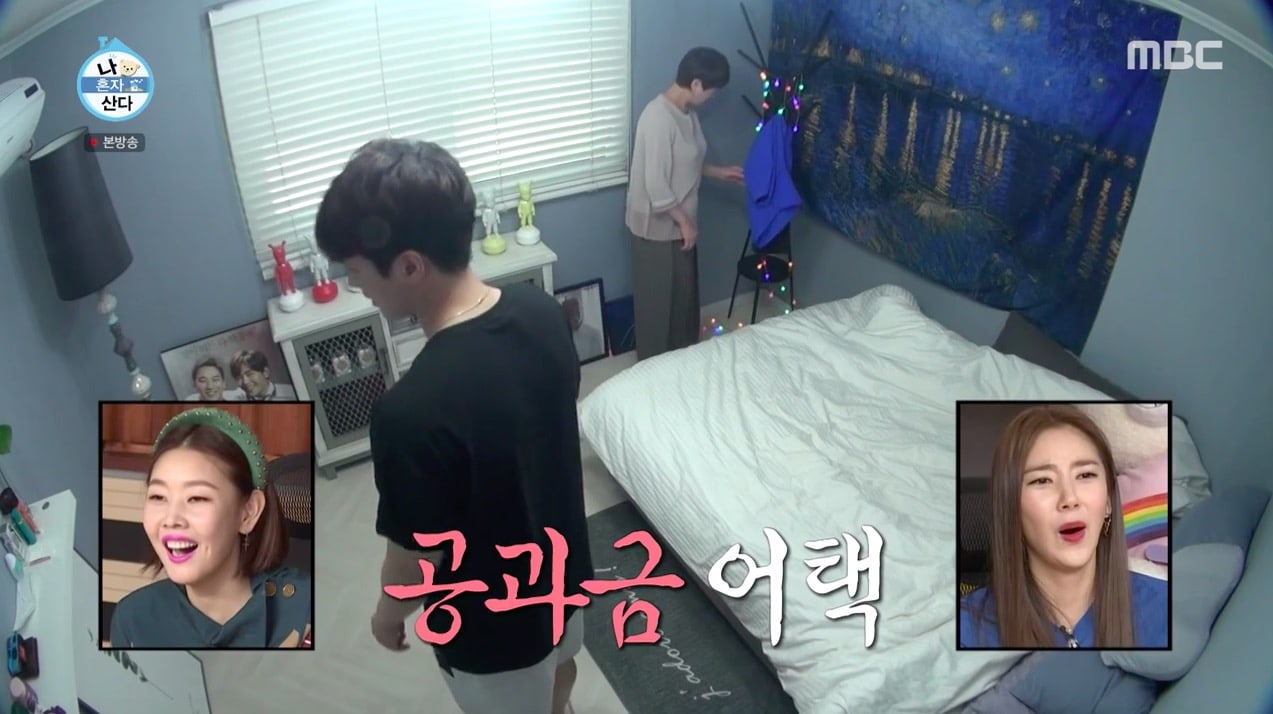 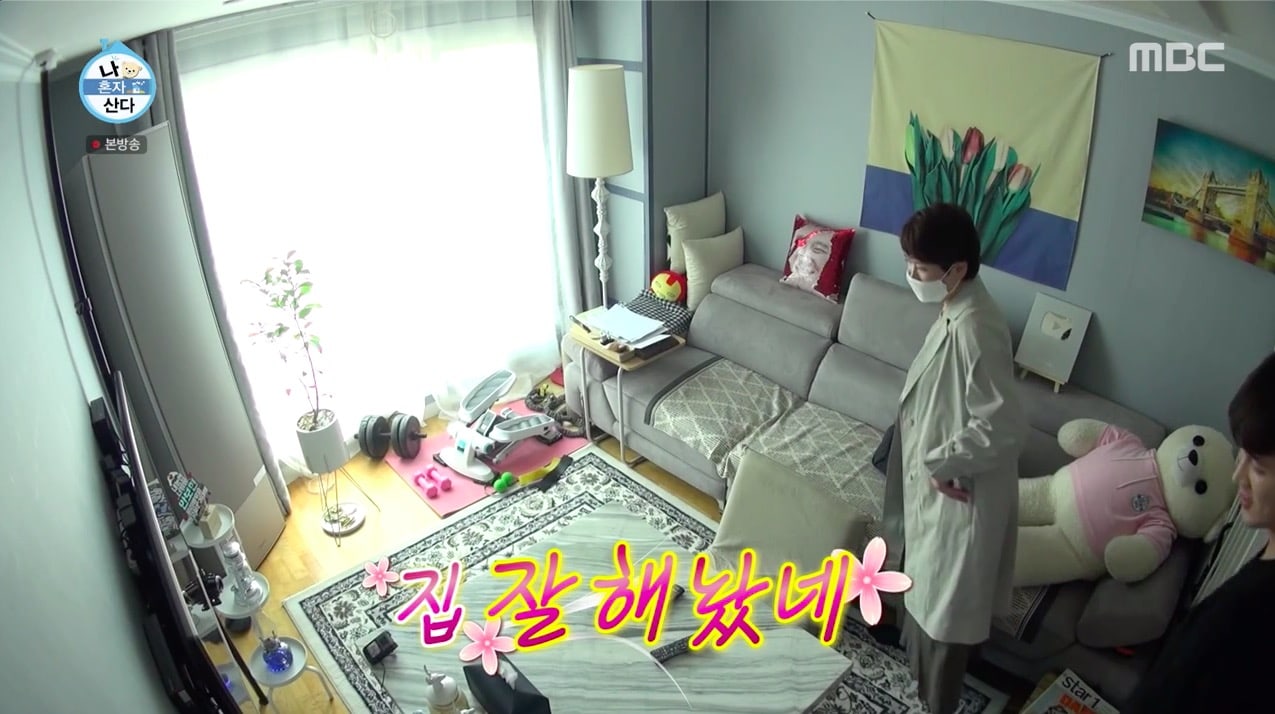 Ahn Bo Hyun served her a four-course meal that he’d prepared. She didn’t hold back with her honest thoughts about the food as she said things like, “The color looks like it’s gone off” and “It’s quite salty.” Ahn Bo Hyun ended up laughing over her endless comments. 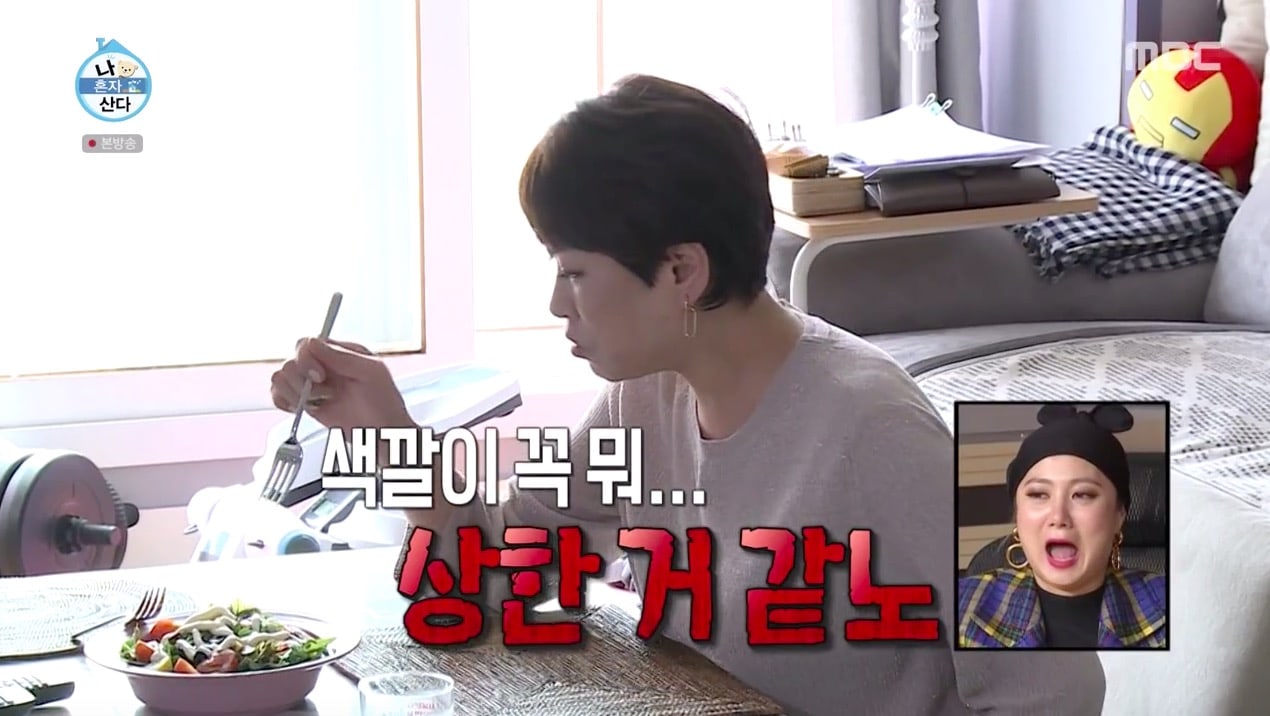 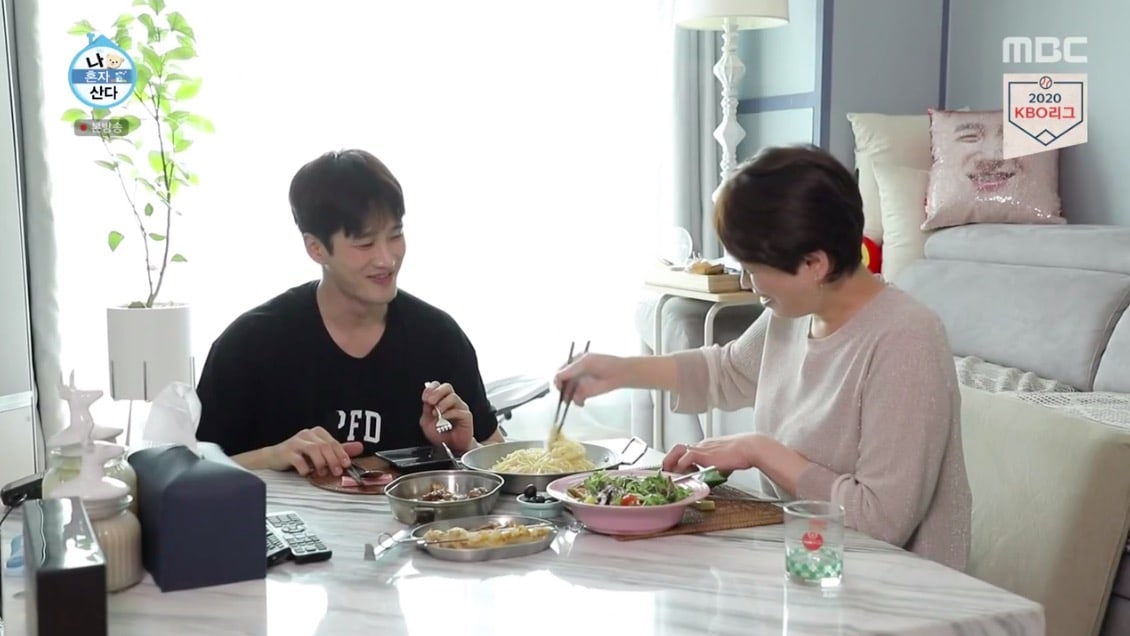 The pair then went on an outing together in Seoul, and they held hands on their way to a cafe and took selfies. Ahn Bo Hyun had brought along a film camera, and he explained, “I haven’t taken many photos with my mother before, so I wanted to print them out.”

They even rode a tandem bicycle by the Han River. Ahn Bo Hyun told his mother who was in the rear seat, “You can just stay still. I’m going to do the pedalling, so just leave it to me.” His mother laughed and said, “This is good. I can’t see in front of me though.”

Ahn Bo Hyun shared with the panel, “It had been such a long time since I’ve seen my mother happy like that, so I was a bit touched.” 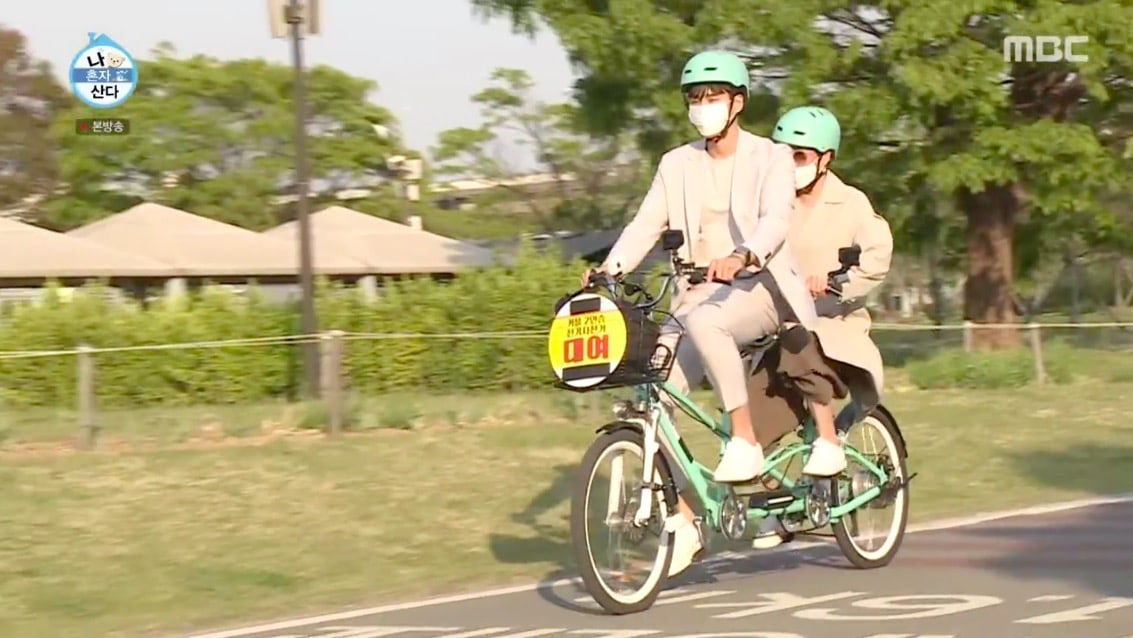 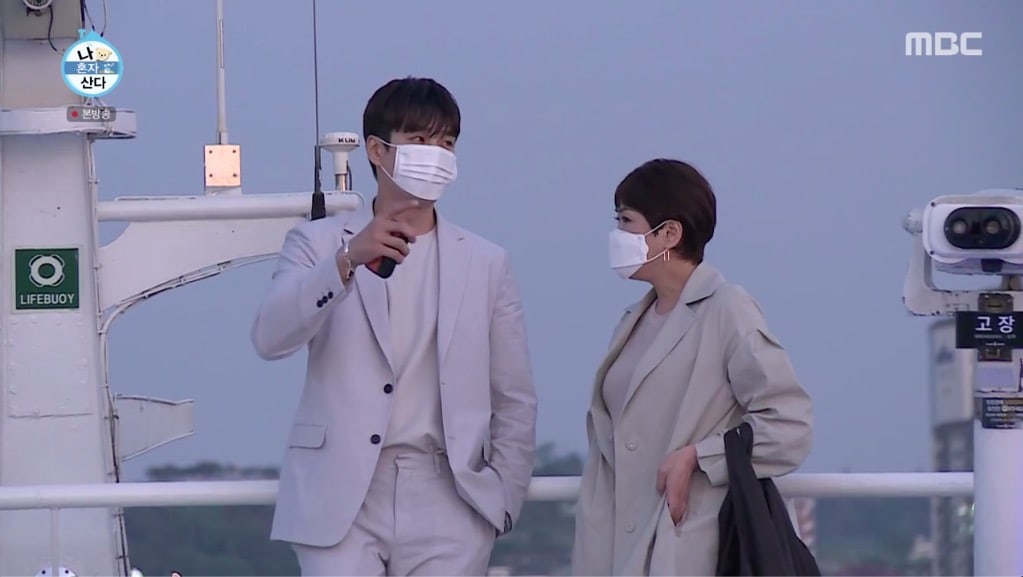 “I contacted dad and asked him to loan me the money, but he said he couldn’t,” said Ahn Bo Hyun. “Maybe he said he didn’t have it because I was suddenly asking him for money.”

This was the first time that Ahn Bo Hyun’s mother heard about this, and she cried and said, “My heart aches. It must have been so hard for you. Were you ever disappointed because of me?” 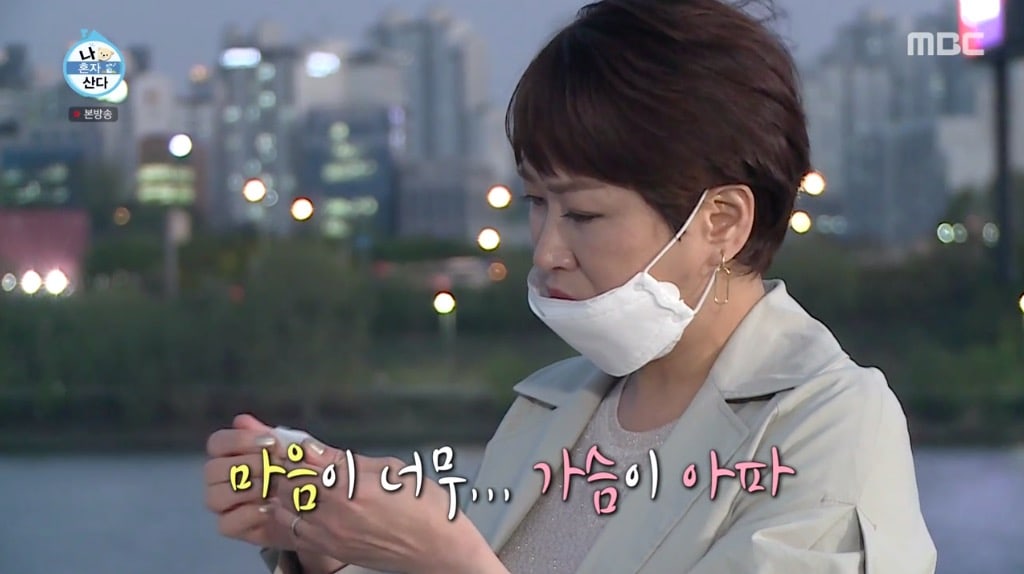 Ahn Bo Hyun replied, “I never was. Everyone around me was like that too. But when I first came to Seoul, there were times when I couldn’t go home for the holidays, when I was working part-time as a delivery person. It was really hard then. Once, I went home after work and found that my place was full of water.” He gestured to her to show her that it had been up to his mid-calves. In the studio, he explained to the cast that there had been a typhoon.

On the ferry, he shared with his mother that he’d wondered if he should give up on chasing his dream at that point. 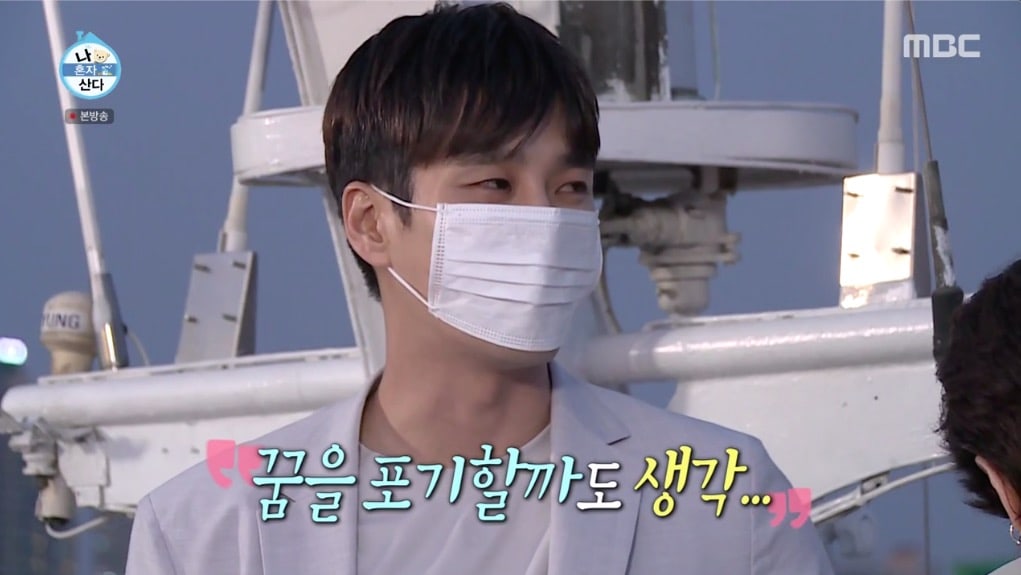 In an interview with the crew, his mother described how she’d felt to hear his stories. She said, “My heart ached so much. He doesn’t tell me when he’s sick either. I usually find out what he’s been doing through the news.”

“I knew that he’d had a hard time, but I didn’t know it was that bad,” she explained. “Even when he’s going through a rough time, he doesn’t say so.” She shared that she wonders if he wouldn’t have had an easier time if he’d had different parents.

“I’m really proud of him for coming this far, and I think he’s amazing,” she said. 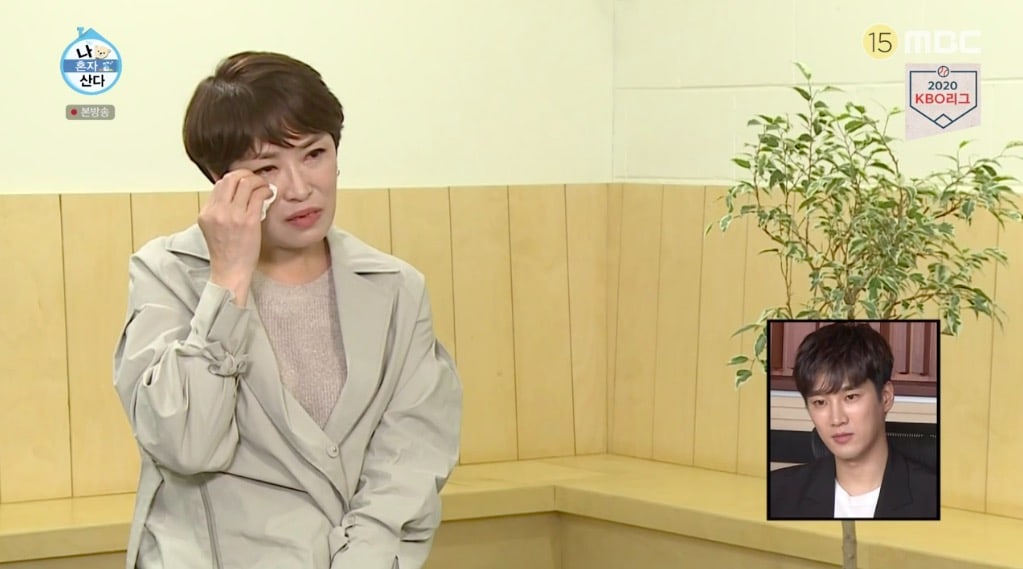 Ahn Bo Hyun said in his interview, “There were times that were hard or painful. But I didn’t want to share those feelings with my mom, because it seemed like it would be harder on her.” He sounded emotional as he said, “I wanted to just tell her about happy things and show her that I was doing a good job.”

On the ferry, she gave him a hug and said, “You’ve really worked hard. Things will work out well for you.”

When they sat together, Ahn Bo Hyun gave his mother some money and a letter, and she cried as she read it. He wrote to her, “Mom, you had me at 20. I don’t know what your dream is and I think you didn’t get to experience your youth, which makes me so upset. I was a bit embarrassed as a child because my mother was so young.” 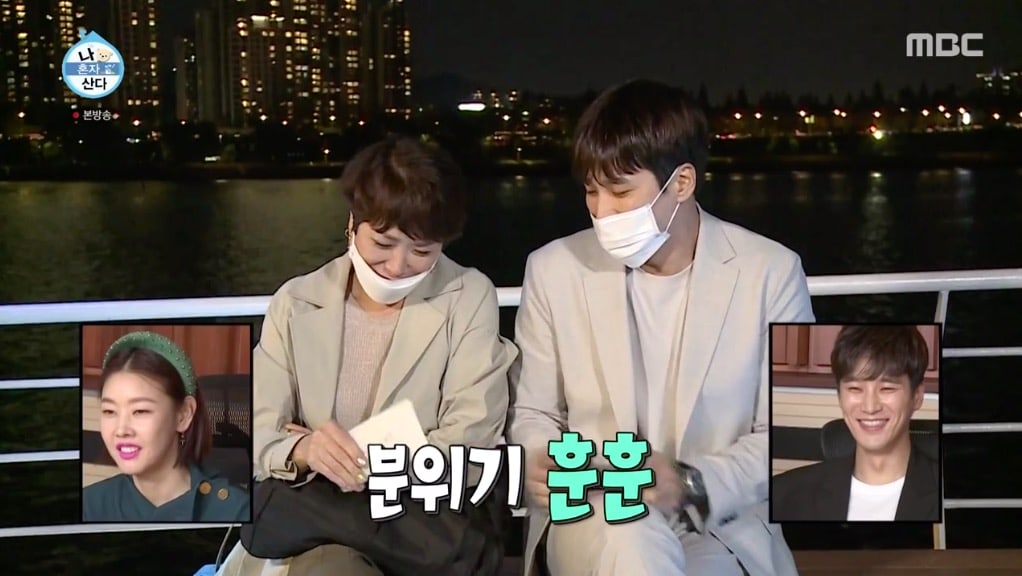 Ahn Bo Hyun talked in his interview about how he now felt sorry towards her instead, and he became choked up. He said that wondering about what his mother’s dreams had been and how she’d spent her youth made him feel selfish and apologetic towards her. 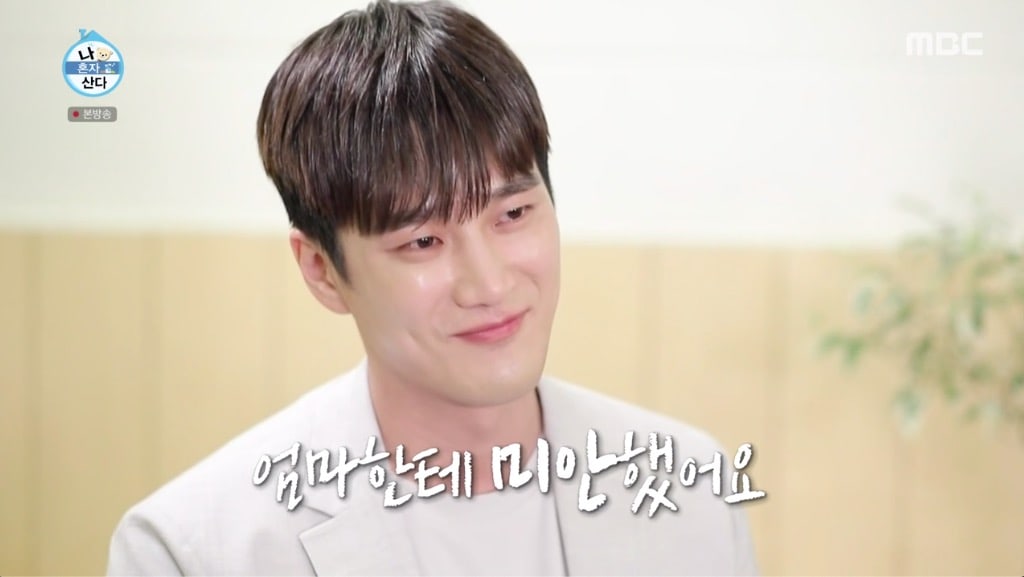 In footage from the ferry, his mother read out more of his letter. “Now, I’m happy that my mother is young and healthy, and I hope you will stay healthy like you are now,” he had written.

She wiped her tears as she finished the letter and said, “I’m sorry. I haven’t done enough for you. Thank you for growing up so well.”

Ahn Bo Hyun told the panel that his day spent with his mother had been incredibly precious to him. 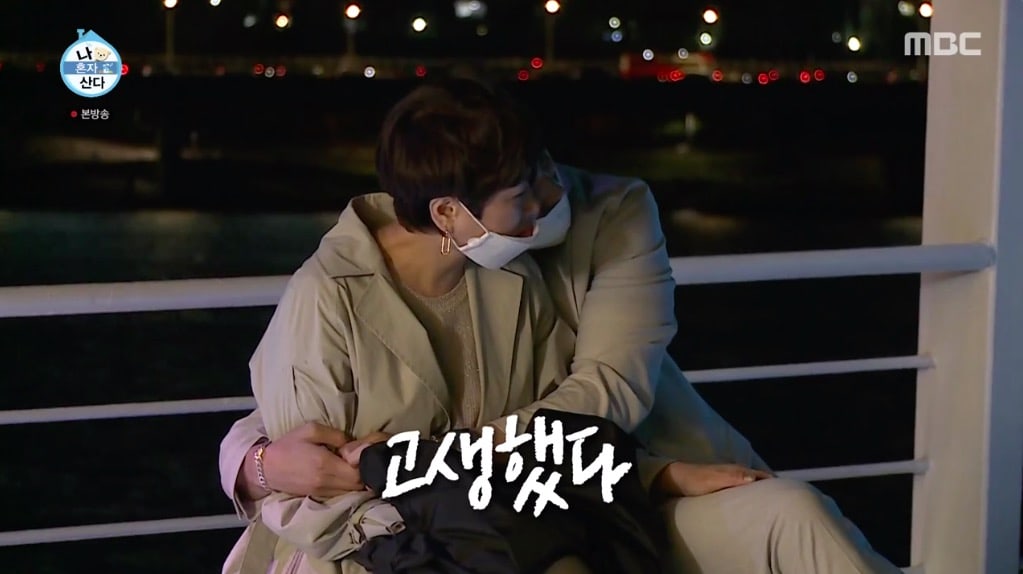 Ahn Bo Hyun is a rising actor who started out as a model and made his acting debut in 2014. He has appeared in works including “Descendants of the Sun,” “Dokgo Rewind,” “Her Private Life,” and “Itaewon Class.”

Ahn Bo Hyun
Home Alone
How does this article make you feel?