On the May 15 broadcast of tvN’s “Three Meals a Day,” Gong Hyo Jin appeared as a guest, reuniting with her “The Greatest Love” co-star Cha Seung Won.

When Gong Hyo Jin arrived at the house and saw Cha Seung Won, she greeted him with the name of his character from the drama, calling, “Dok Go Jin!” Cha Seung Won and Yoo Hae Jin, who know Gong Hyo Jin well, welcomed her with hugs.

Yoo Hae Jin then showed Gong Hyo Jin around the island, after which Gong Hyo Jin said, “I really like the outdoors and going on walks or going camping. That’s how I want to live later on. Seoul is where I grew up, but I don’t know why I like [the outdoors] so much. If I’m filming, I always think I’m working, but this is different.” 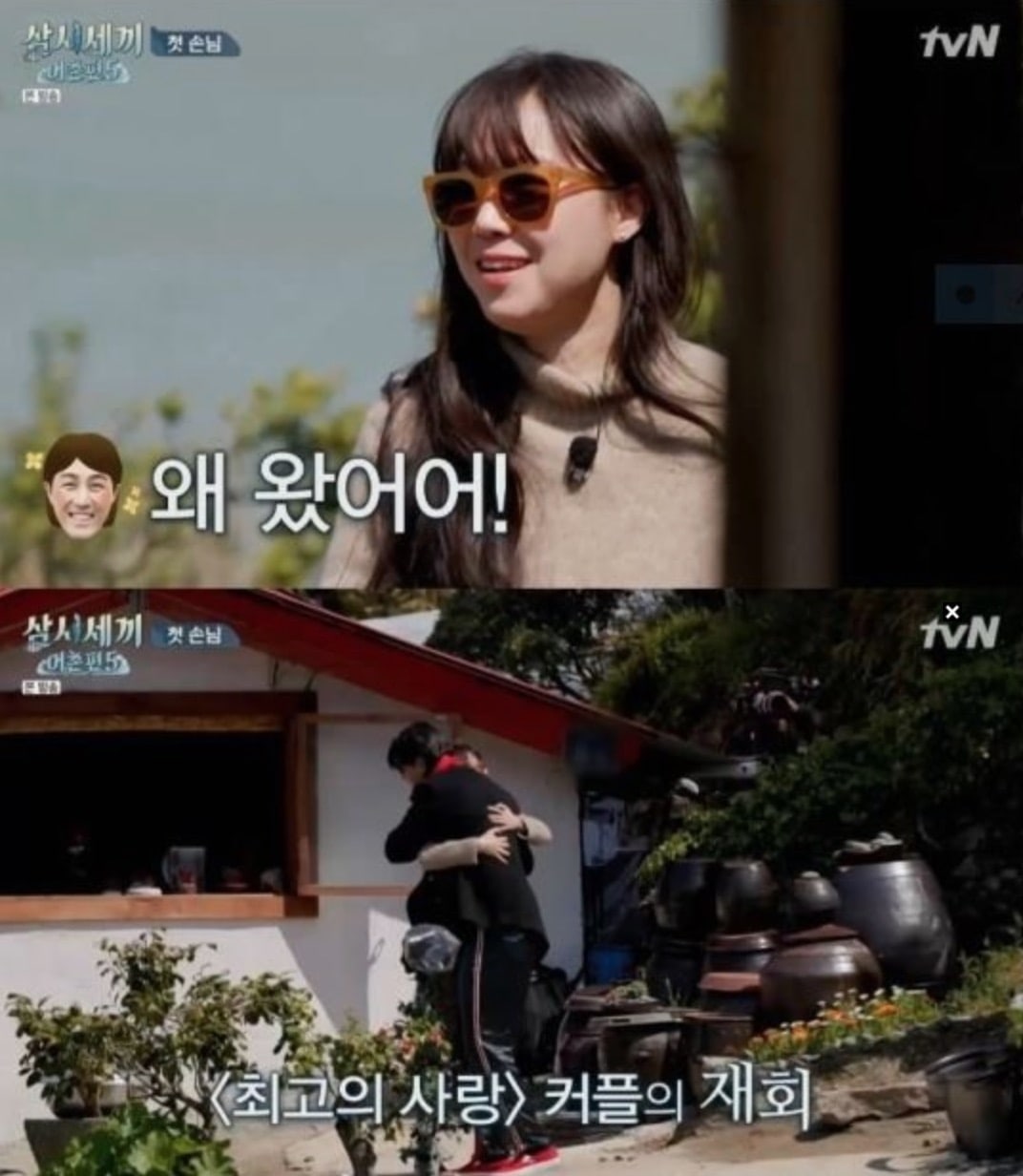 Eating lunch, Gong Hyo Jin asked Cha Seung Won, “Do you remember when we were shooting the drama, and I said to you, ‘You don’t have any friends, do you?'” Cha Seung Won replied, “What did I say?” and Gong Hyo Jin said, “You said, ‘I have one. Yoo Hae Jin.'” Son Ho Jun commented, “That’s really moving. ‘I have one.'”

Gong Hyo Jin and the “Three Meals a Day” cast then went fishing in hopes of obtaining some protein for their dinner, but had difficulty and returned home empty-handed.

Seeing some radish, Gong Hyo Jin commented that she wants braised radish, and Cha Seung Won started cooking. Gong Hyo Jin expressed amazement at how good it was, and Son Ho Jun said, “If you eat it a certain way, it can seem like meat.”