In a recent interview and pictorial for @star1 magazine, U-KISS’s Jun dished on his experience filming his new drama “Good Casting”!

Jun is currently starring in the SBS drama as Kang Woo Won, a rising star who ends up working closely with undercover agent Im Ye Eun (played by Yoo In Young), who is on a high-stakes mission to save the nation. In the drama, the relationship between the two characters gets off to a hilariously disastrous start when Im Ye Eun accidentally walks in on Kang Woo Won in the nude.

Looking back on the scene, which also marked his character’s first appearance in the drama, Jun remarked, “Because I didn’t have a lot of time to prepare, I had to rush to work out and tone my body, which I found really regretful.”

He went on, “[‘Good Casting’] is a drama in which I really cast my image aside and let myself loose, and you’ll be able to see a lot of comic and energetic acting that viewers haven’t seen from me in the past.” 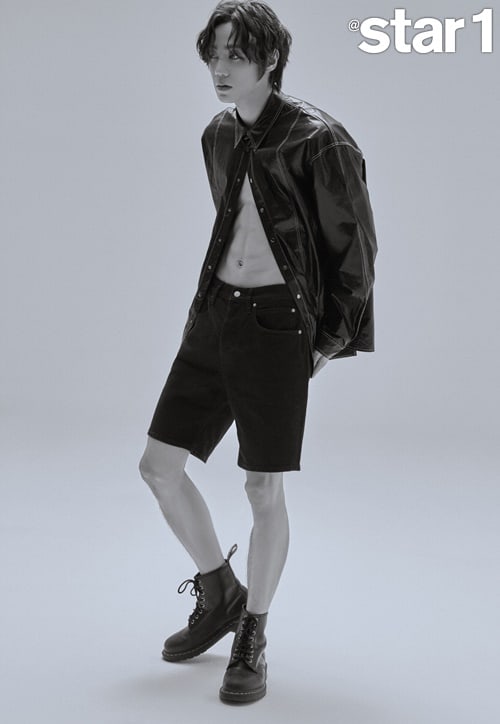 Jun also expressed his deep gratitude to co-star Yoo In Young, explaining, “Even though she was my senior, she approached me first and made it possible for me to act comfortably.”

According to Jun, chemistry was never an issue for the two actors. “We got along so well that throughout filming, we started laughing whenever we looked at each other’s faces,” he recalled.

Finally, Jun spoke about his experience starring in the musical “Swag Age.” “I’m proud that I now have fans who love me as musical actor Lee Joon Young [Jun’s given name],” he shared. “Just like Hwang Jung Min, I want to become an actor with a long-running career who switches back and forth between the stage, the silver screen, and TV.”

Watch Jun and Yoo In Young in the latest episode of “Good Casting” below!

U-KISS
Yoo In Young
Jun (U-KISS)
Good Casting
How does this article make you feel?