KBS 2TV’s “Once Again” has hinted at the possibility of a budding romance between Lee Min Jung and Clazziquai’s Alex!

Last week on “Once Again,” the news of Song Na Hee (Lee Min Jung) and Yoon Gyu Jin (Lee Sang Yeob)’s divorce made waves at the hospital at which they work. Meanwhile, the new temporary head of the hospital, Lee Jung Rok (played by Clazziquai’s Alex), became a warm source of comfort for Song Na Hee as she faced a flood of unwarranted hate comments after her divorce.

On May 16, the drama’s producers teased that love may be in the air for the two co-workers. In newly released stills from the drama’s upcoming episode, Song Na Hee and Lee Jung Rok are all smiles as they enjoy a casual lunch date together. The two look entirely comfortable around one another as they check out the menu together, suggesting that they are growing closer.

However, the developing friendship between the pair doesn’t go unnoticed by their colleagues. Another photo captures Yoon Jae Suk (played by Lee Sang Yi) looking shocked as he notices Song Na Hee and Lee Jung Rok together, raising the question of what exactly he’s witnessed—and whether he will tell Yoon Gyu Jin what he’s seen. 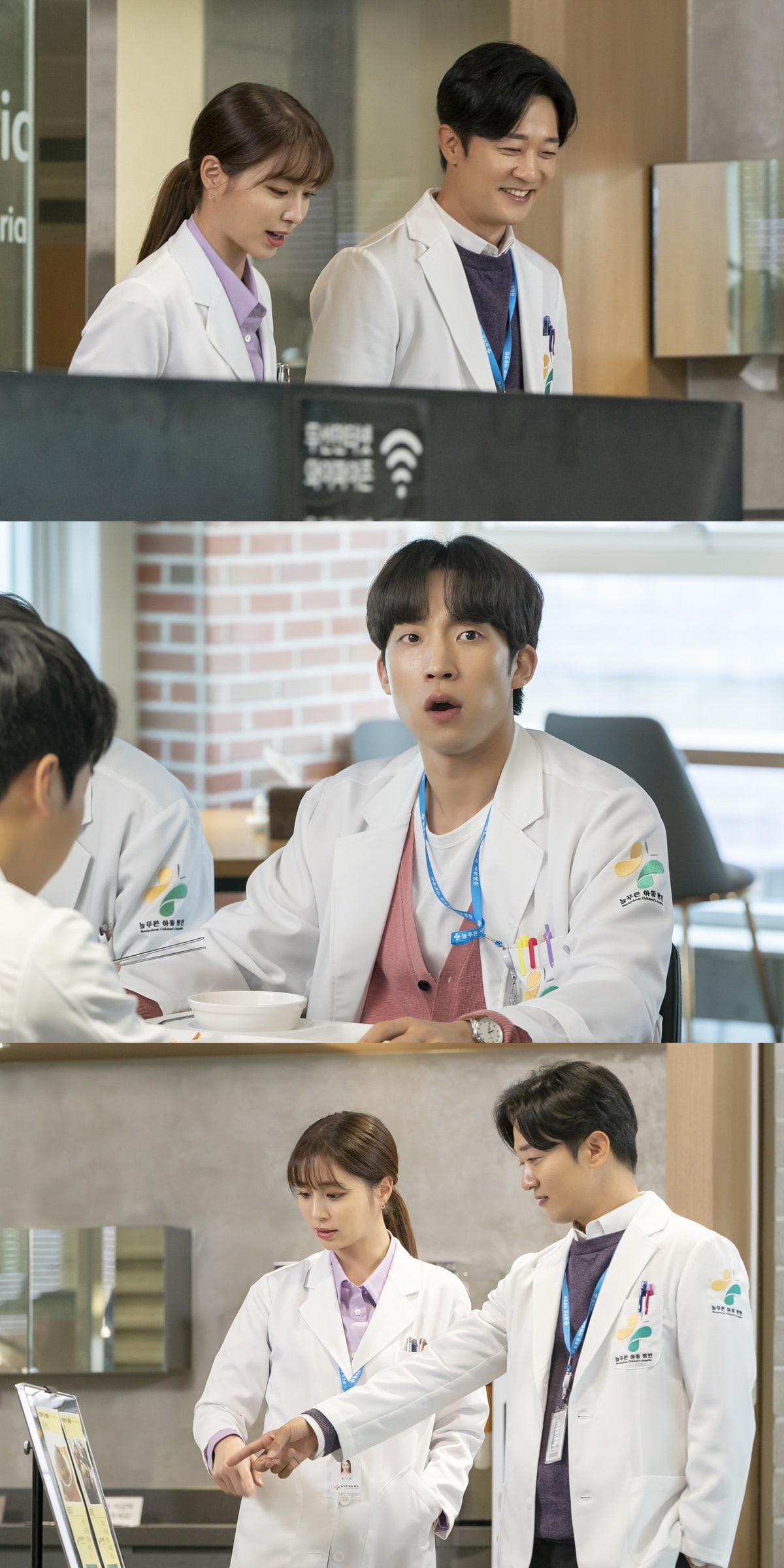