Model Han Hyun Min recently went to visit his third grade teacher and explained how she helped him overcome his struggles as a child about his appearance. Han Hyun Min was born in Korea to a Nigerian father and Korean mother.

On the May 15 broadcast of KBS 1TV’s “Love on the Air,” Han Hyun Min went to meet his third grade teacher to celebrate Teachers’ Day.

Han Hyun Min introduced himself saying, “I am Han Hyun Min, a 20-year-old model of five years,” revealing himself to be the show’s youngest-ever guest on the show. He shared, “I received a lot of attention for my different appearance. I felt like my appearance was a drawback. But now, I’ve transformed it into a strength and am now promoting as a multicultural model. I’ve come to find my teacher Lee Young Hee, who gave me a lot of help so I could make this change.” 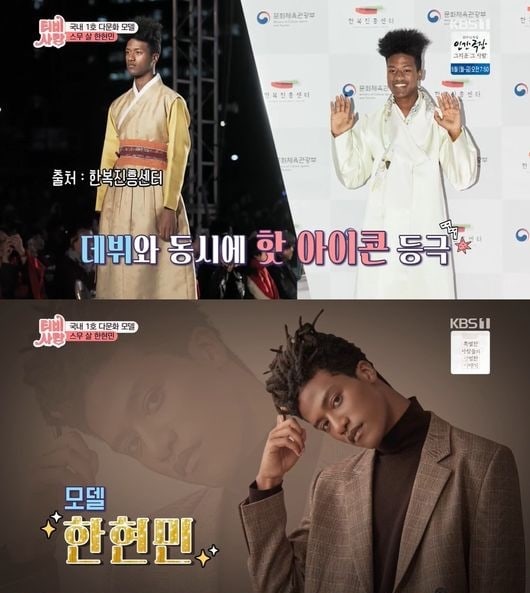 He explained that although he is a model now, she had supported him when his dream was to become a baseball player and added, “To commemorate Teachers’ Day, I want to give her a carnation.” 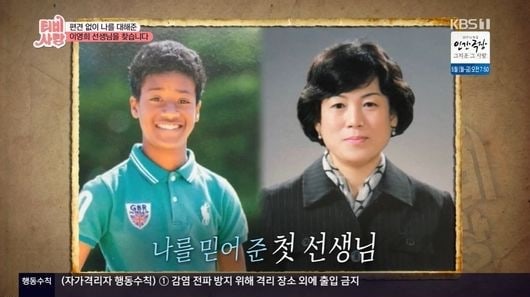 The young model discussed how he struggled to adjust in elementary school after moving towns and felt strange around his friends. He explained, “When I tried to get close with my friends, their moms would come to get them and tell them not to play with someone like me.” He talked about another incident when his friend stole bread at a grocery store. He explained, “The owner of the store accused me. There were often misunderstandings like that.”

He shared that his teacher Lee Young Hee would approach him without any judgement. She also did not give him special treatment and treated him like all the other students.

Han Hyun Min also spoke about his family who began appearing on television broadcasts before he did. He talked about how his father and younger brother made appearances on “Descendants of the Sun” and watched their scenes in the drama for the first time.

Watching his dad, Han Hyun Min commented, “That’s his exact facial expression when he’s scolding his kids.” He also talked about how his brother got to film with Song Hye Kyo, sharing, “That’s a facial expression I’ve never seen at home. I’m jealous.” 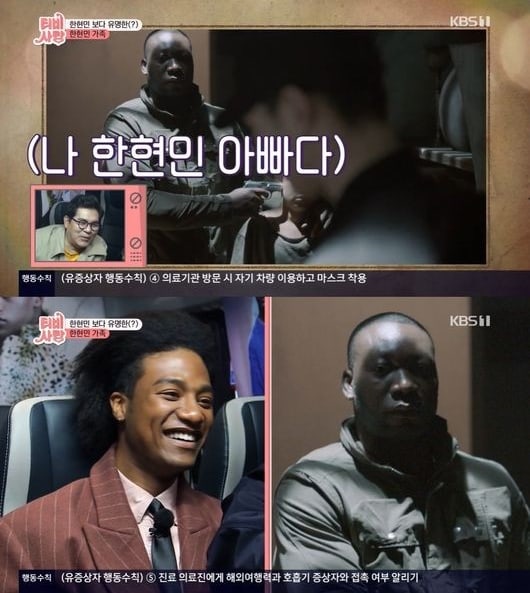 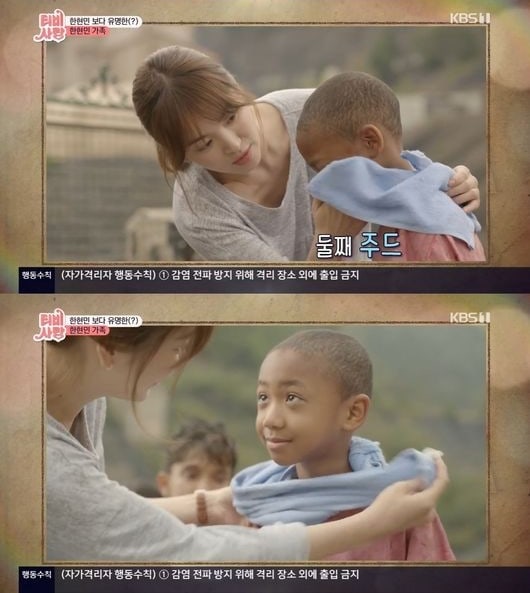 He visited the neighborhood he grew up in and reminisced about his life as a middle school student. He shared, “When I was in middle school, I ran away from home for a month. The funny thing is, my mom didn’t even look for me. I called her later saying, ‘Mom, I messed up,’ but she told me to get out again so I stayed out for another month.”

He continued, “My mom said, ‘Someone who leaves once is not allowed to come back.’ After that, I apologized and never ran away again.”

Regarding his father, Han Hyun Min shared, “My dad was more strict than my mom. But the biggest problem was that I couldn’t speak English, so talking to my dad was hard.” 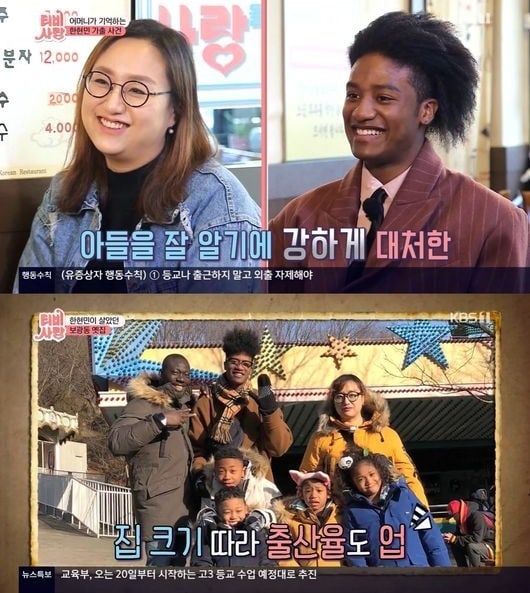 His mom also made a surprise appearance on the show and met her son for lunch. When discussing the hard times Han Hyun Min had at school, she said that every day felt like hell. She explained that she would receive calls from the school every day at work, to the point where she wanted to block them as spam.

She talked about an occurrence with one of his teachers, saying, “In front of all the kids, they said to send him to an alternative school since he couldn’t adjust.”

Han Hyun Min also shared, “Grades one and two were hard. My friends didn’t want to be partners with me. I couldn’t adjust and fought a lot. There were people who made fun of me, and I feared being viewed as unfamiliar. I even received treatment for depression. My mom had a really hard time.”

His mom explained that he began receiving treatment after he told her in first grade that he felt like there was a spider inside his body. She added, “I heard that he was having a hard time because he was so soft-hearted next to his tough mom and dad.” 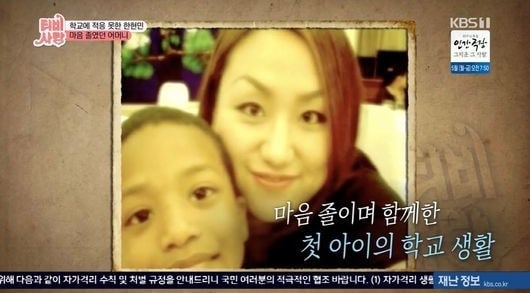 She shared that after they met his third grade teacher Lee Young Hee, they no longer received phone calls from the school. She commented, “I felt like Hyun Min had found stability. She is our lifesaver.”

Once Han Hyun Min arrived at his elementary school along with Kim Yong Man and Yoon Jung Soo, Han Hyun Min exclaimed, “It’s changed so much. I think it’s changed completely. Everything that’s happened here keeps flashing by in my mind.”

He revealed his old report cards, sharing, “In sixth grade, I was the class president. I was really popular in my class. I was basically chosen unanimously.”

Once he finally got to meet his third grade teacher, he greeted her with a big hug and a bow. His teacher Lee Young Hee commented, “Your face is the same. Your smiling eyes are worth a million dollars. I’m watching all the programs you’re appearing on right now.” 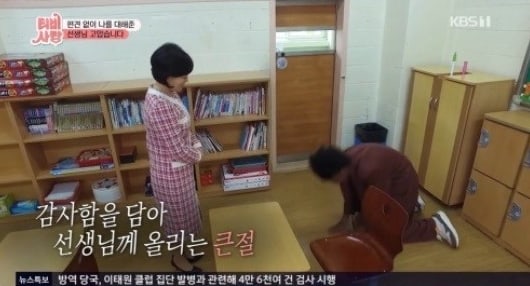 She continued, “I am so proud of him. I thought only I would remember him. He’s so special. Even just 10 years ago, there was a lot of prejudice against multicultural families. I had a lot of thoughts like, ‘He is a child who needs a lot of warm attention,’ and ‘What can I do to make him feel welcome in my arms?'” 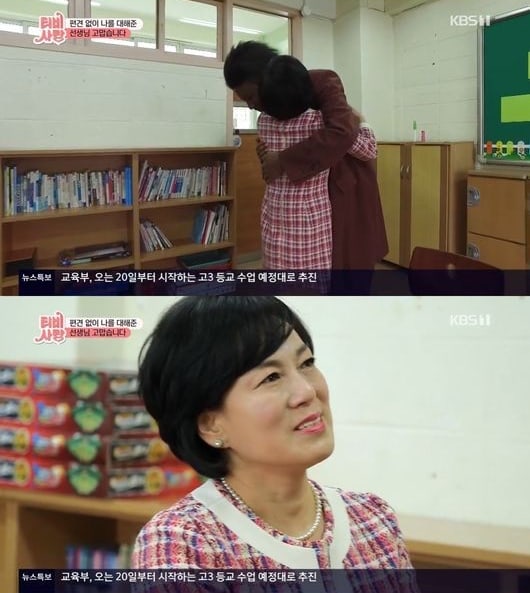 Lee Young Hee also had a video call with Han Hyun Min’s mother, making everyone teary-eyed. She told his mom, “Hyun Min has grown up so well. I got teary thinking he was going to come visit me. There hasn’t been a single moment that I’ve forgotten about him.” Amidst tears, his mother replied, “If it wasn’t for you, Hyun Min might not have graduated elementary school. It’s all thanks to you. I hope to meet you again one day.” 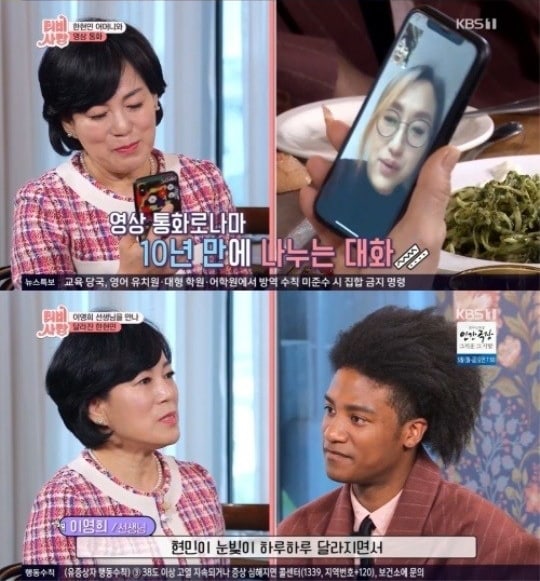 Han Hyun Min made his debut as a model in 2016 during Seoul Fashion Week. In 2017, he was named one of TIME Magazine’s 30 most influential teens.

Han Hyun Min
How does this article make you feel?