On the latest episode of “Yoo Hee Yeol’s Sketchbook,” NU’EST took a fond look back at their impressive eight-year career!

While introducing the group as guests on his KBS 2TV music talk show, host Yoo Hee Yeol described them as “famous for being hard workers and icons of hope.” He then echoed the sentiment as the idols talked about how they overcame the notorious “seven-year jinx” for idol groups (referring to the fact that many idol groups disband in their seventh year).

After kicking off their appearance with a live performance of their 2019 track “A Song For You,” Minhyun talked about how the song held a special meaning for the group. “The reason this song is special to us is that we released it to commemorate our seventh anniversary,” he explained. “Many idol groups don’t make it to their seventh anniversary, to the point where people say the seventh year is the worst.”

Yoo Hee Yeol replied, “In NU’EST’s case, not only did you overcome the seven-year jinx, but you actually became even more successful after that.” Baekho agreed, “That’s right. I think that that’s actually when things really started to take off for us, in our seventh year.” Yoo Hee Yeol continued, “Many idol groups disband around then, or they’re not able to make it through that difficult time. That’s why you guys are truly icons of hope.”

Aron went on to add, “We have a song called ‘Hello,’ which climbed back up the charts four years and four months after its release. I hope that after hearing us perform [‘A Song For You’], many people will listen to it, and this song will climb back up the charts as well.” 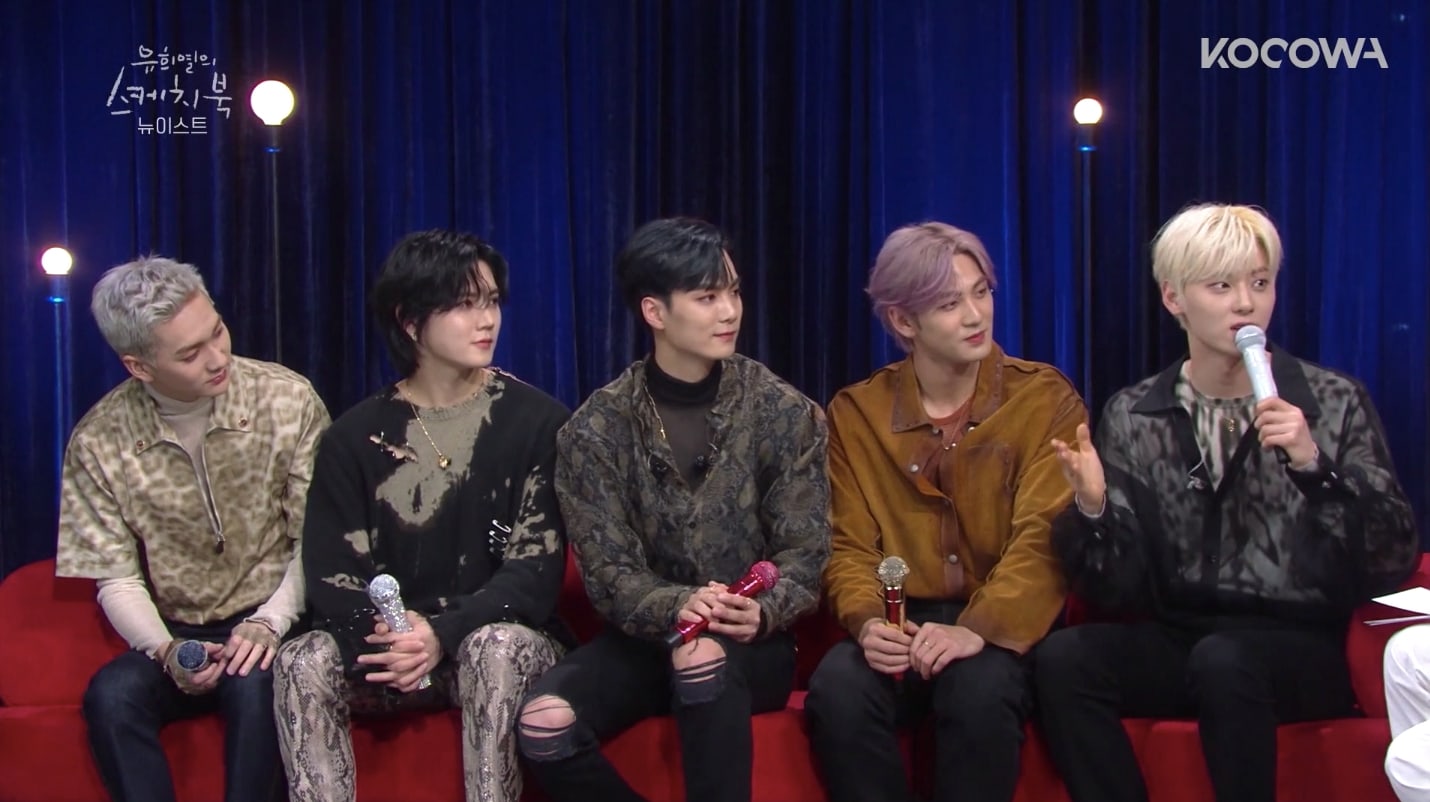 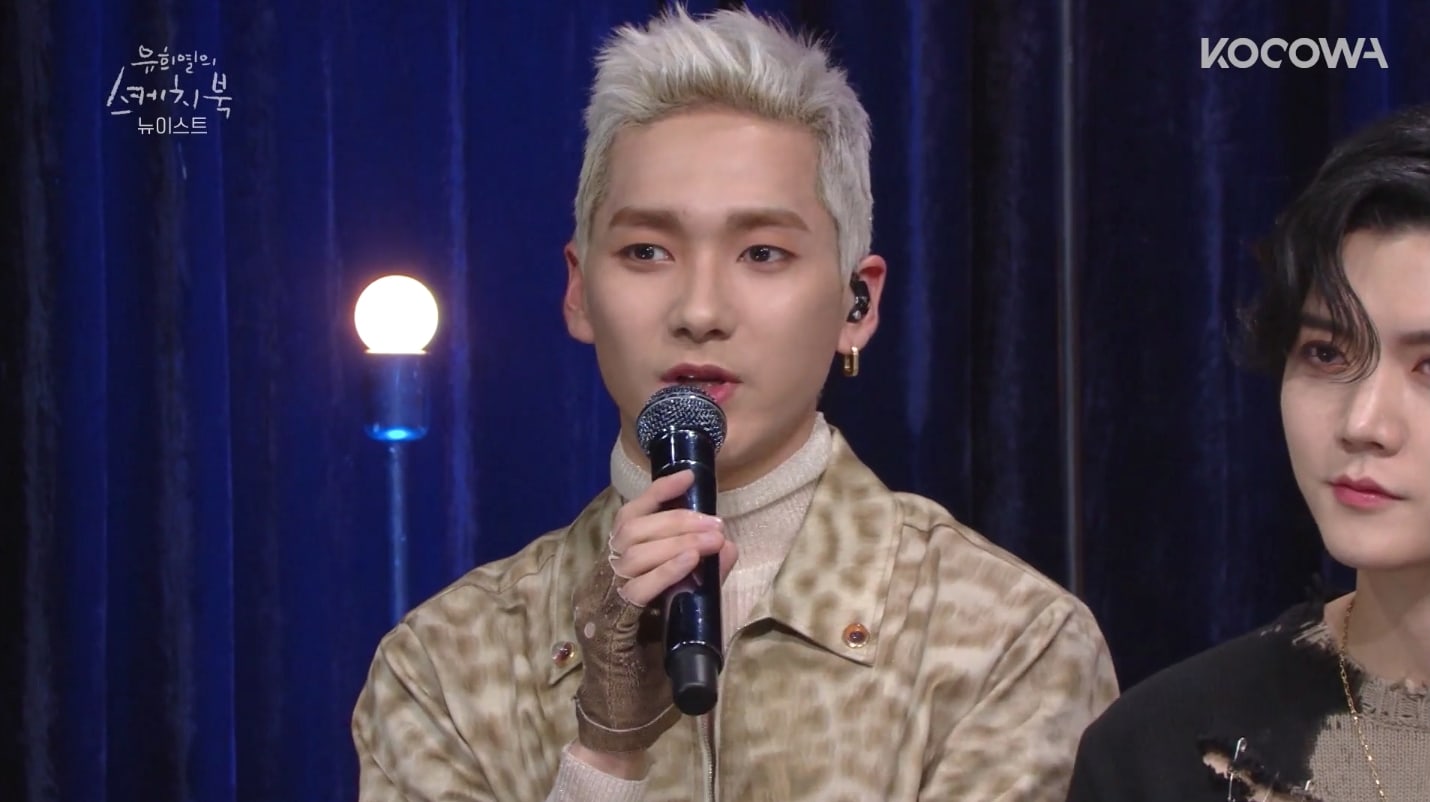 Yoo Hee Yeol then asked the group, “You’re now in the ninth year of your career as NU’EST. When you look back, are there any moments, performances, or things that make you think, ‘Wow, our group made the right move’ or ‘We did this really well’?”

Ren replied, “In my personal opinion, I think we made the right move in deciding to go on [‘Produce 101 Season 2’]. Because in a way, that was a really hard decision to make. We were in the sixth year of our debut or so, and we felt self-conscious about the gaze of younger artists and other people. We were also at a point where our self-esteem had fallen a great deal, so it was a difficult choice to make, but we decided to go on the show and think of it as our last chance. I think that was a really good call.”

Minhyun went on to make everyone laugh by telling a more lighthearted story. Naming something he personally felt proud of, he recalled, “After I returned to the group, we made our first comeback with the song ‘BET BET.’ There’s a part in that song’s chorus where I dance while kneeling on the ground, and it looked so good in the music video. When we were shooting the music video, our CEO came to the set to watch, and right after we filmed the choreography part, he came over and whispered in my ear—and I’ll tone down the language he used—’You looked freaking cool.’ Even now, I still feel good thinking about his praise.”

At Yoo Hee Yeol’s request, he then demonstrated that part of the “BET BET” choreography to the cheers of the show’s staff. 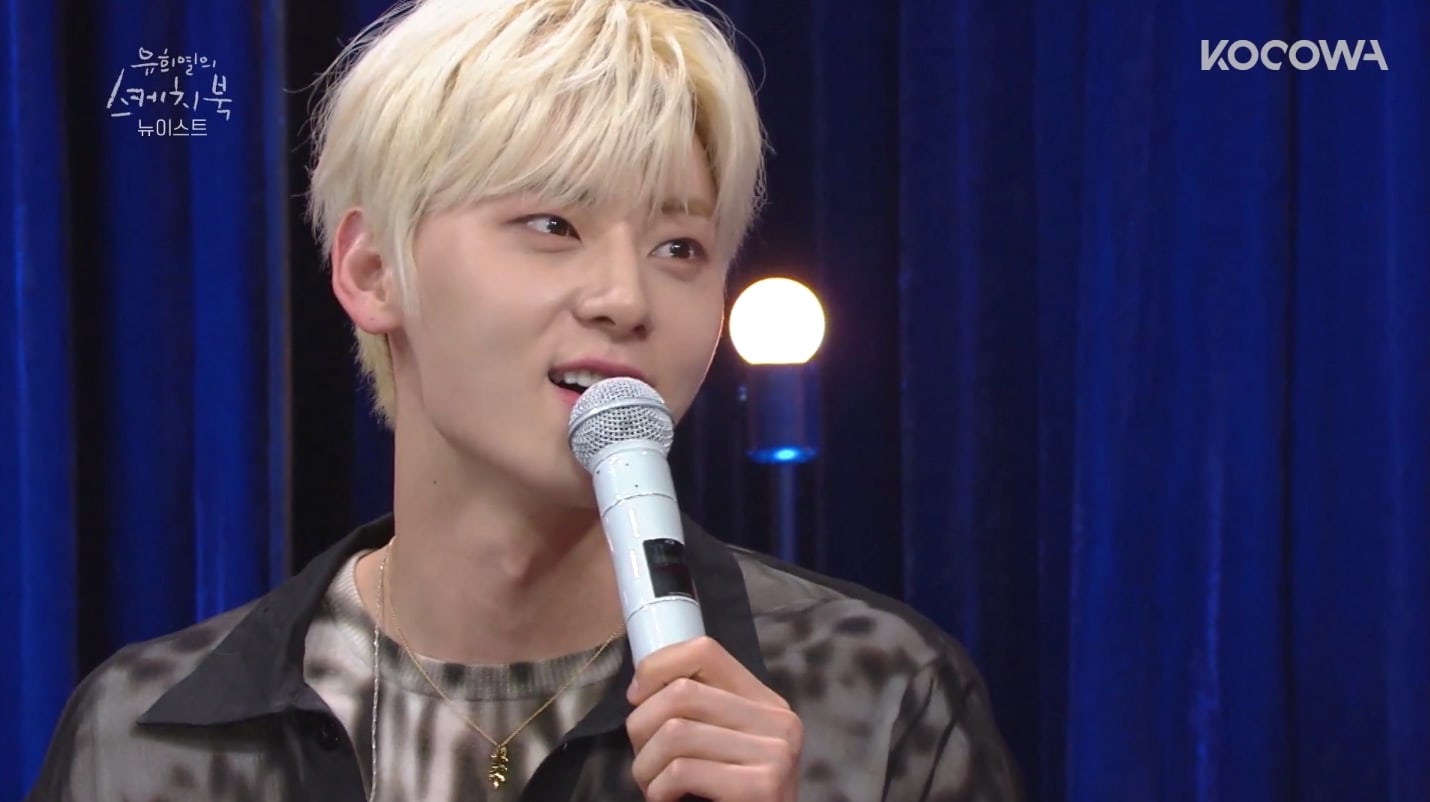 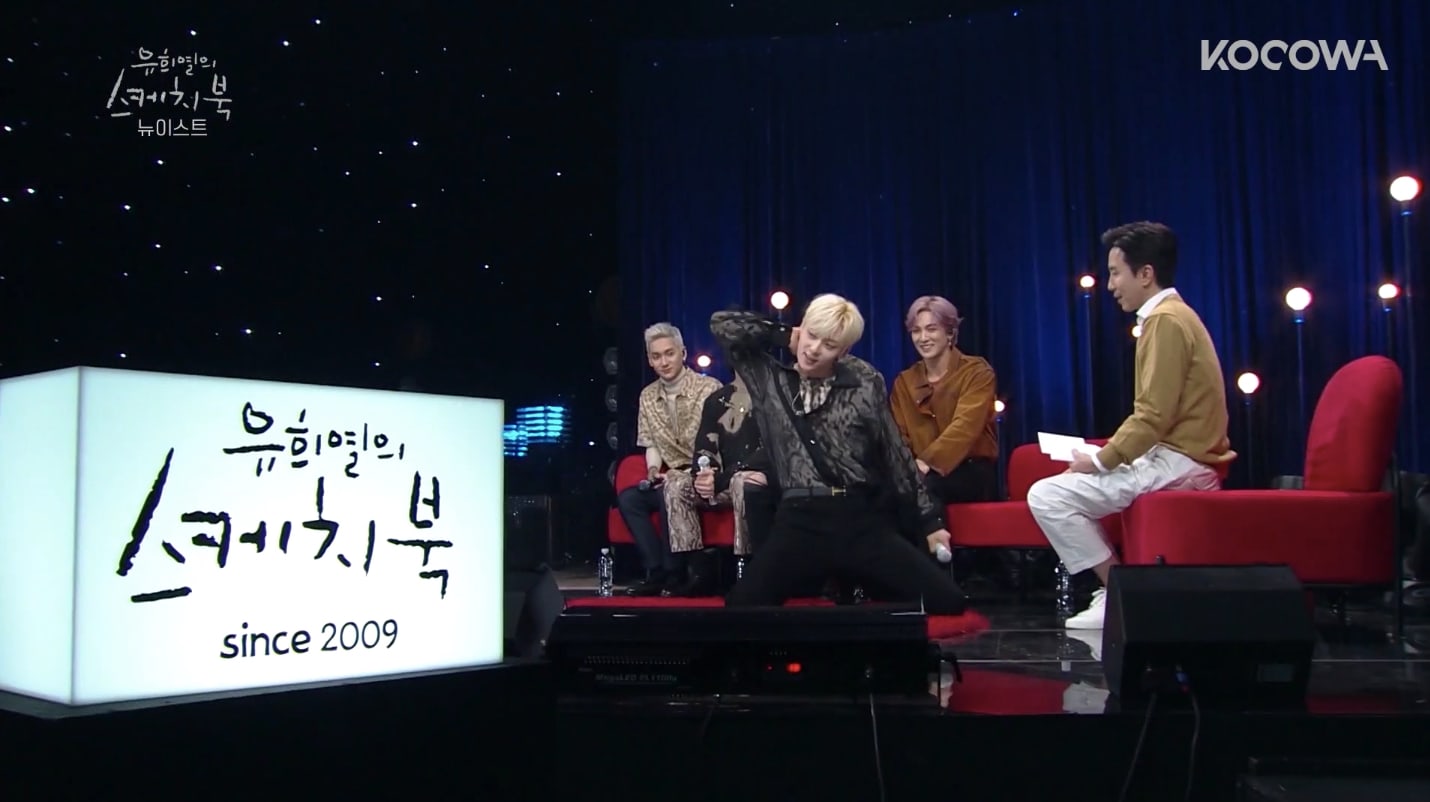 Next, Yoo Hee Yeol asked the NU’EST members, “In contrast [to the previous question], are there any things you regret doing?”

After some thought, Ren named their “Sleep Talking” era as one of the most cringeworthy moments of their career. He explained, “Back then, our outfits, hair, and makeup were all a little ‘too much.’ Even some of the dance moves in our choreography… looking back on it now, I think even the choreography was a little ‘too much.'”

You can also check out NU’EST’s performances of “A Song For You” and their new title track “I’m in Trouble” below!

NU'EST
Yoo Hee Yeol
How does this article make you feel?