The upcoming historical drama is about the struggle for the throne between kingmakers with psychic abilities. Park Shi Hoo plays Choi Cheon Joong, the best fortune teller and physiognomist (face reader) in Joseon, and Go Sung Hee plays Lee Bong Ryun, the daughter of King Cheoljong who possesses a mysterious ability to read fortunes.

Choi Cheon Joong’s and Lee Bong Ryun’s lives became intertwined during their childhood thanks to a fateful encounter, and the drama will follow their love story as their ill-fated relationship progresses.

The stills show the two characters meeting for the first time in five years in a dangerous yet beautiful way. Choi Cheon Joong grabs Lee Bong Ryun’s shoulders, but before he can even speak, the two are silenced by the appearance of a sword pointed in their direction. What could have transpired in the five years since they last met? 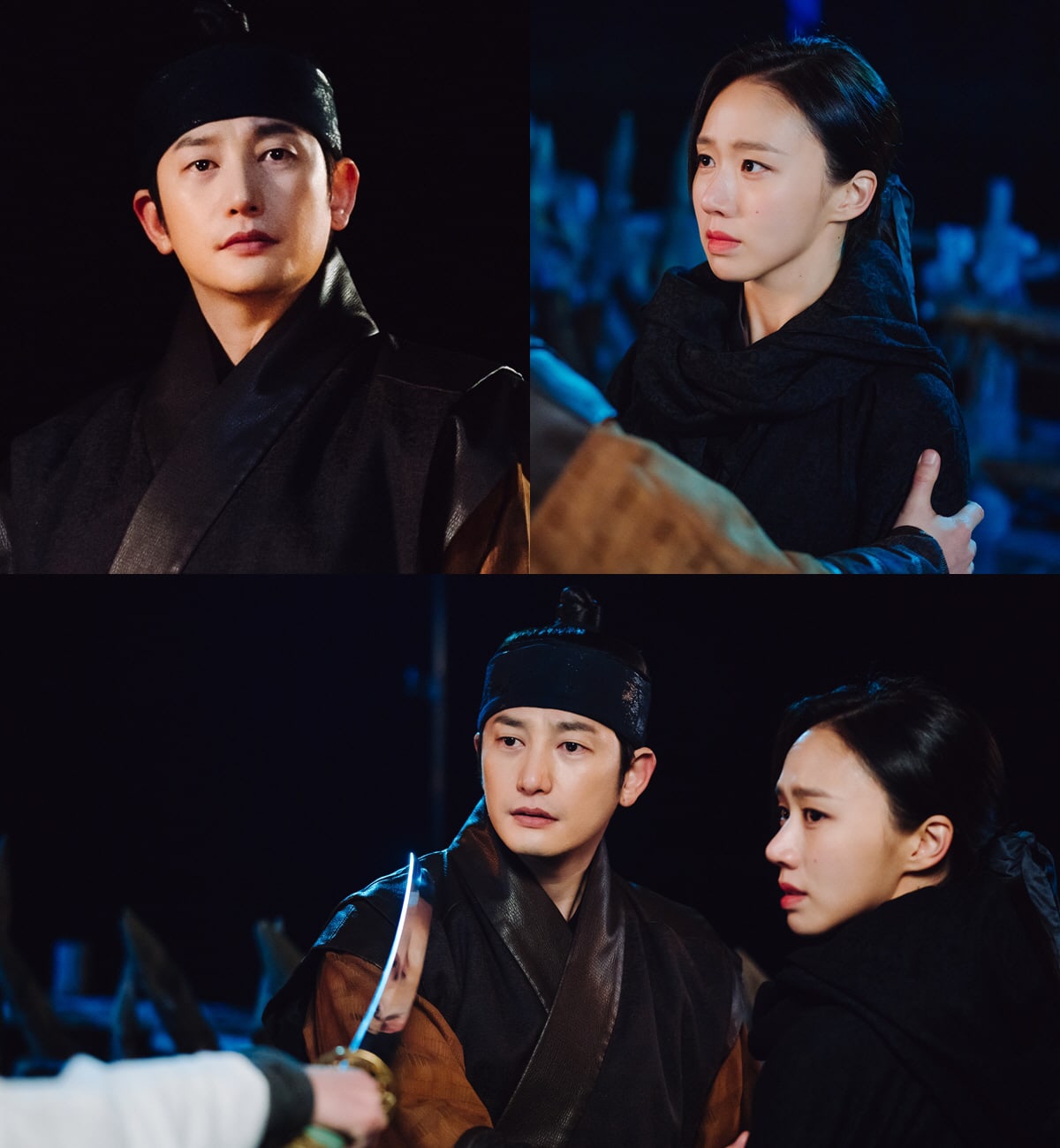 Choi Cheon Joong’s friend Chae In Gyu (Sung Hyuk) is also expected to thicken the plot. He harbors jealousy against Choi Cheon Joong for his fate and also has special feelings for Lee Bong Ryun. The development of a love triangle between the three characters will be something to look out for.

Director Yoon Sang Ho commented, “Choi Cheon Joong and Lee Bong Ryun can be considered fictional characters. They exist to touch people with their dramatic story that adds a fantastical element to real historical events. The content of the drama will suck you into the story and keep your eyes glued to the screen. I ask for your interest and support.”

“King Maker: The Change of Destiny” premieres May 17 at 10:50 p.m. KST and will be available on Viki with English subtitles.

While you wait, check out a recent teaser for the drama below:

Go Sung Hee
Park Shi Hoo
King Maker: The Change of Destiny
How does this article make you feel?