BOL4’s Ahn Ji Young gave fans a glimpse of her everyday life on tvN’s “On and Off” (literal title).

On the May 16 episode of the reality show, the singer sat down with labelmates Kim Ji Soo and WH3N to speak about promoting as a solo artist. In April, Woo Ji Yoon announced her departure from the duo, leaving Ahn Ji Young to continue promotions as a solo act under the name BOL4.

When asked if she felt a lot of pressure, Ahn Ji Young replied, “Yes. To be honest, there is a lot of pressure since Ji Yoon isn’t here, even if I try to pretend that there isn’t. It’s not easy trying to adapt, but I need to get used to it.”

She continued, “It’s very emotional for me. It was the two of us, and now one is gone, so it doesn’t make sense that I can be whole. It feels like there are so many empty spaces. We were friends for almost 10 years. We know each other so well. I honestly thought, ‘What do I do? What will I do?’ but when I first heard [her decision], my first thought was that I wanted to respect her and that she was really cool. Because she knows with certainty what she wants to do. Since I’m a friend who has been by her side, I want to cheer her on.”

As for what she’s been up to since Woo Ji Yoon’s departure, Ahn Ji Young revealed, “I was worn out for about two weeks, and I cried a lot. But I’m completely cried out now. It’s all left my body now. But working hard and showing people good things is a way for me to repay Ji Yoon and the fans, so I thought a lot about how I need to work hard.”

She concluded, “But the bad thing about that is that I keep feeling anxious because I might not be successful. I need to show good things, and the thought that I need to show things feels burdensome, but I need to do well. If I fail, I can do well next time.” 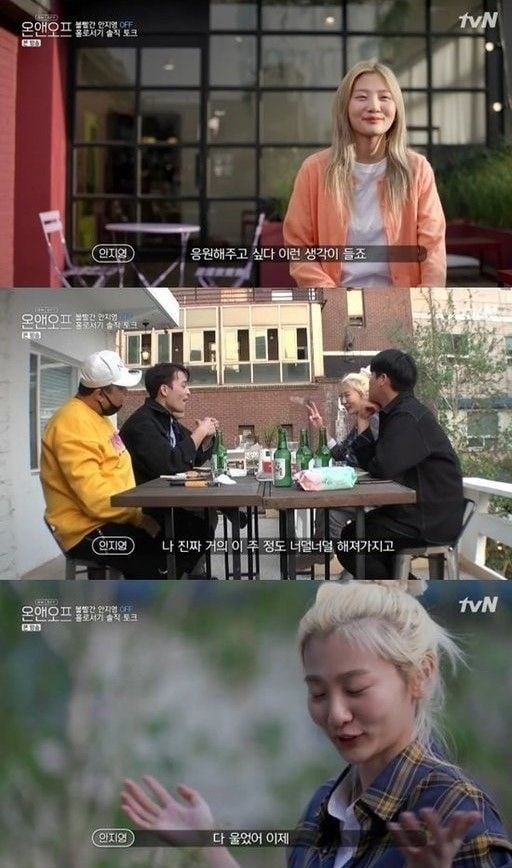