Watch: JamJam Plants A Surprise Kiss On Hao Who Reacts Hilariously On “The Return Of Superman”

JamJam and Hao showed off their adorable chemistry on “The Return of Superman”!

On the May 17 episode, JamJam and her father Moon Hee Jun visited Hao and Gary’s home for a playdate.

During their first meeting, Hao had reacted shyly to JamJam’s outgoing gestures. For their second hangout, Hao waited excitedly for JamJam but became shy again when she appeared.

When JamJam asked him, “Is JamJam pretty?” Hao became startled and hesitated to answer. Laughing, Gary said, “Hao farted because he got so nervous.” JamJam wittily reacted by dancing and singing, “Hao is a farter.” 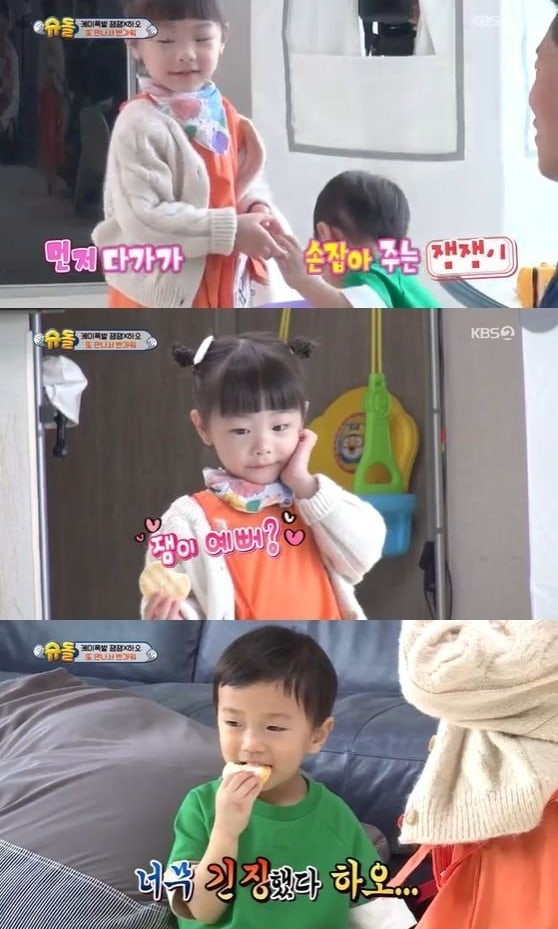 Hao and JamJam then headed to the market to buy ice cream and had fun at the playground.

When JamJam spilled ice cream on her shirt, Hao showed his chivalrous side by taking off his jacket and putting it over her shoulders. JamJam thanked him by planting a kiss on Hao’s mask-covered face. Taking off his mask, Hao said, “Please do it again.” 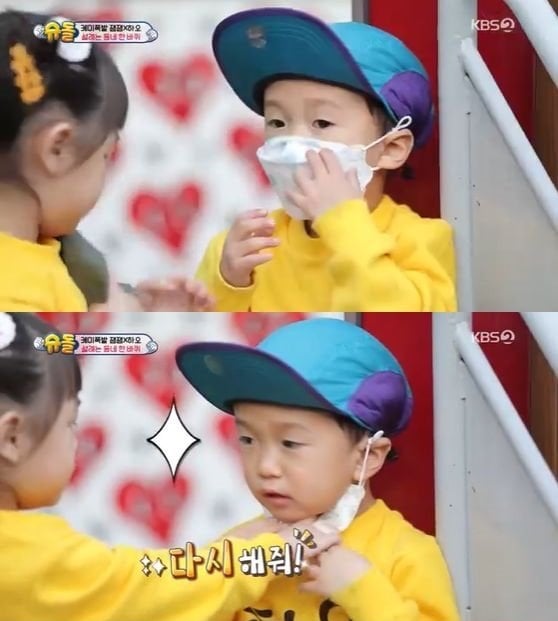 Watch a full episode of “The Return of Superman” now!

The Return of Superman
Hao
JamJam
How does this article make you feel?