On May 18, the upcoming film announced its new title—”#ALIVE”—as well as its plans for a release sometime towards the end of June.

“#ALIVE” is a “survival thriller” about a mysterious outbreak that suddenly spreads throughout Seoul and rapidly grows out of control, trapping survivors alone inside their apartments without access to cellular data, Wi-Fi, texting, or phone calls. Yoo Ah In and Park Shin Hye will star as Joon Woo and Yoo Bin, two survivors that are isolated in the middle of a dangerous city.

The upcoming film has unveiled two unsettling posters that highlight the peril of its protagonists’ situation. The first poster captures Yoo Ah In dangling precariously off his balcony railing with a selfie stick in hand, desperately searching for a cell phone signal as a horde of ravenous zombies reaches out for him on the floor below.

The poster’s caption ominously reads, “No data, no Wi-Fi, no texting, no calling. Cut off from everything… #ALIVE.” 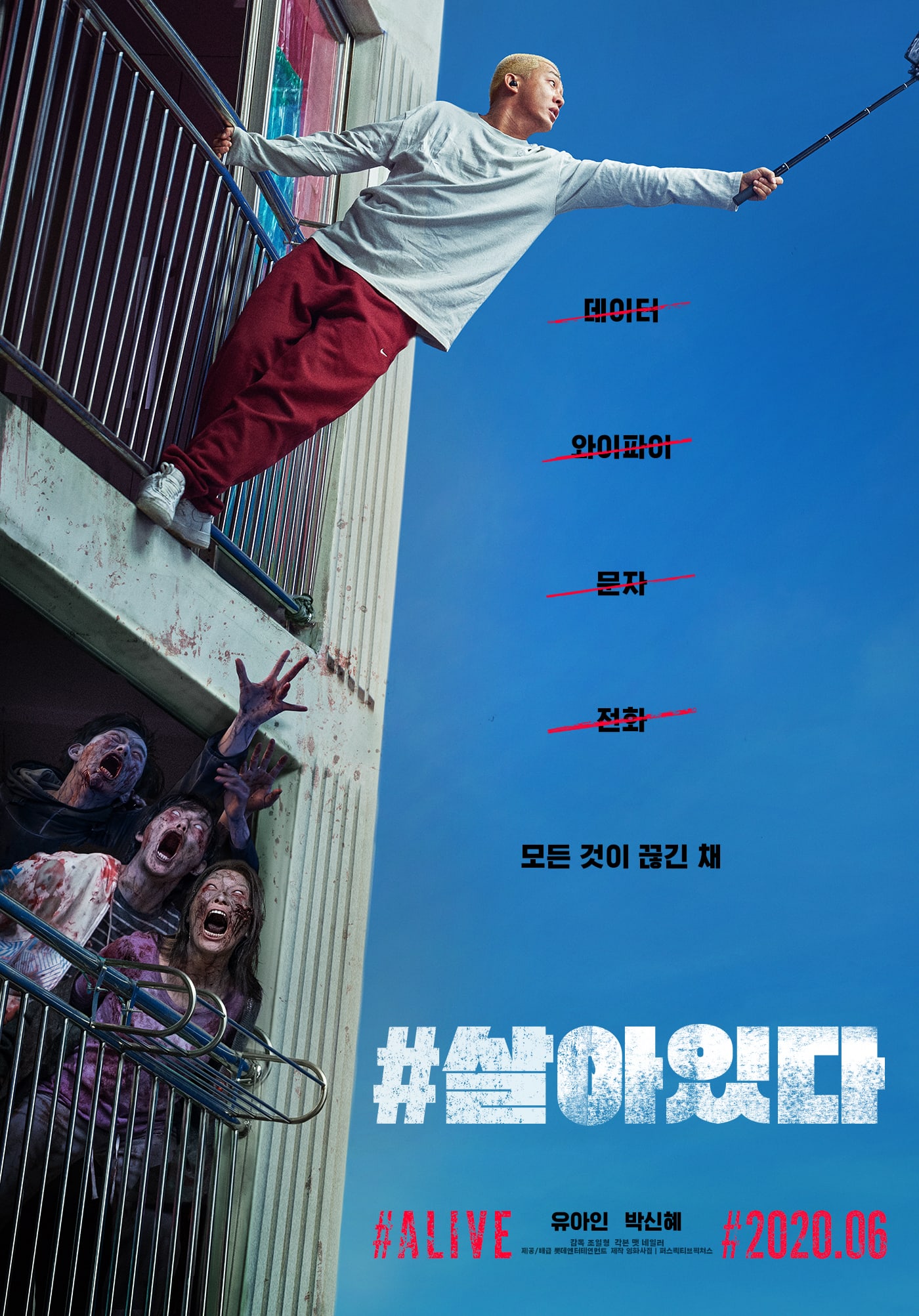 A second, similarly suspenseful poster features Yoo Ah In and Park Shin Hye looking terrified as their apartment building is overrun with hordes of ferocious zombies, some of whom appear to be attacking something or someone on the bottom floor.

The poster’s caption somberly declares, “Seoul, the Republic of Korea. 6:24 a.m. The internet is cut off.” 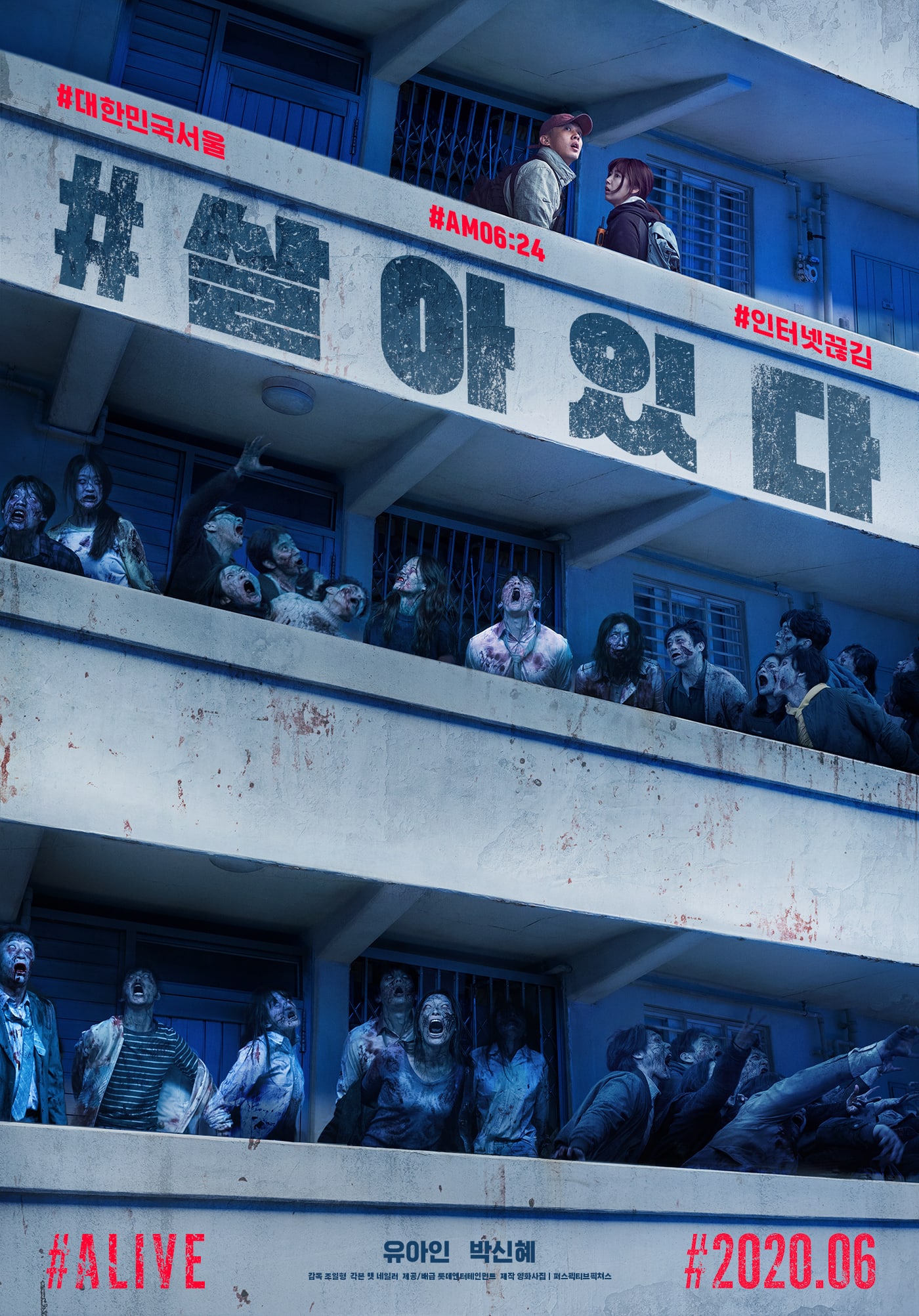 “#ALIVE” will premiere in late June.

Are you excited to see Yoo Ah In and Park Shin Hye in this new film? Stay tuned for more updates on the movie’s release!