“Flower of Evil” is based on the chilling question, “What if the husband I’ve loved for 14 years is actually a stone-cold serial killer?” The script reading was attended by producing director (PD) Kim Chul Gyu, screenwriter Yoo Jung Hee, and actors including Lee Joon Gi, Moon Chae Won, Jang Hee Jin, and Seo Hyun Woo.

Lee Joon Gi said, “I hope this will be a drama that remains in the minds of viewers for a long time,” and Moon Chae Won said, “I’m excited to be a part of such a great drama, and I will do my best.” The atmosphere was light as the actors all exchanged greetings, but as soon as the script reading started, things completely changed as each actor became immersed in their characters. 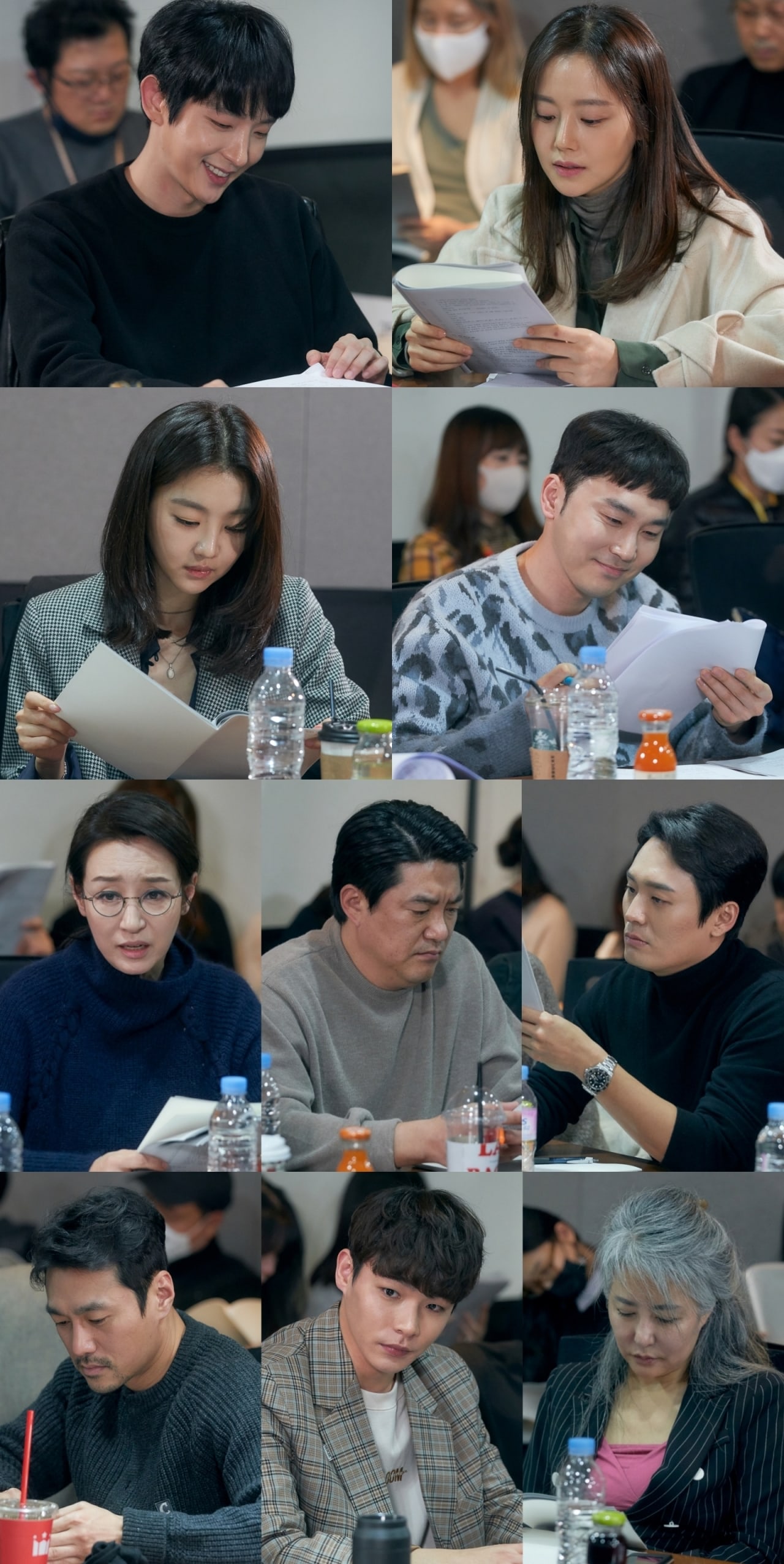 Lee Joon Gi takes on the role of Baek Hee Sung, who has changed his identity after concealing his past, while Moon Chae Won plays his wife Cha Ji Won, a detective who is chasing after his past. The relationship between them will be like walking on a tightrope, as they love each other but can’t help but be suspicious of one another. Meanwhile, Jang Hee Jin will be Do Hae Soo, the daughter of a serial killer who must contend with her horrifying family past on her own, and Seo Hyun Woo will play reporter Kim Mu Jin.

“Flower of Evil” is set to premiere this July and will be available on Viki!