TXT Talks About Goals For New Album, Advice From BTS’s J-Hope, And More

TXT held an online showcase to mark the release of their second mini album “The Dream Chapter: ETERNITY” featuring their title track “Can’t You See Me?“!

Overcoming disagreements is an important part of a team’s growth. Soobin shared, “Sometimes, we have different opinions. That’s when we have team meetings where we talk and try to understand one another. Ever since we were trainees, we tried hard to solve problems as a team, not as separate individuals. We communicate a lot.” 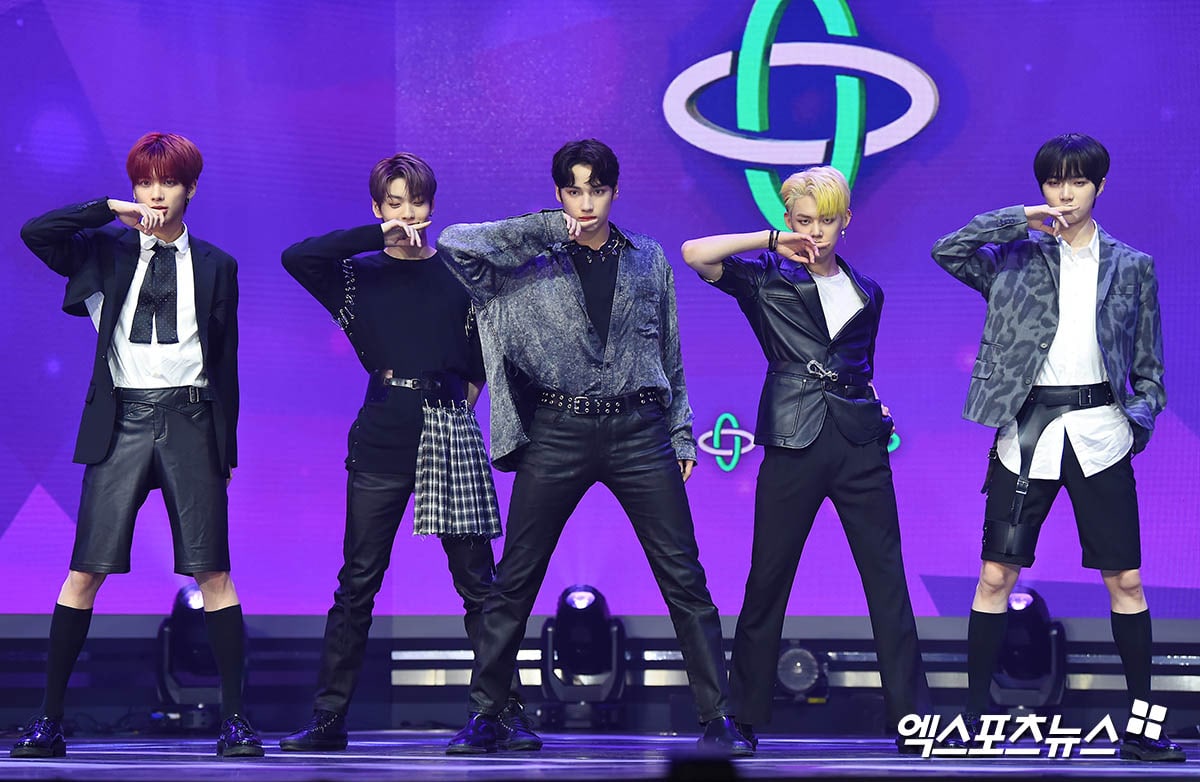 Concerning their title track “Can’t You See Me?” they explained, “The song is about the loneliness caused by a crack between friends after a magical moment ends. You will be able to feel the boy’s mixed feelings of resent and hopefulness that his friend will save him. You can also feel a dark and gloomy atmosphere that’s just like the boy’s confused heart.”

TXT also talked about the “The Dream Chapter” series. Soobin shared, “The way the albums unfold shows a wide range because we work on them based on the stories and topics we want to talk about. I can’t say that this is the last of the ‘The Dream Chapter’ series. I hope the public will also think about what our next album will be like.” 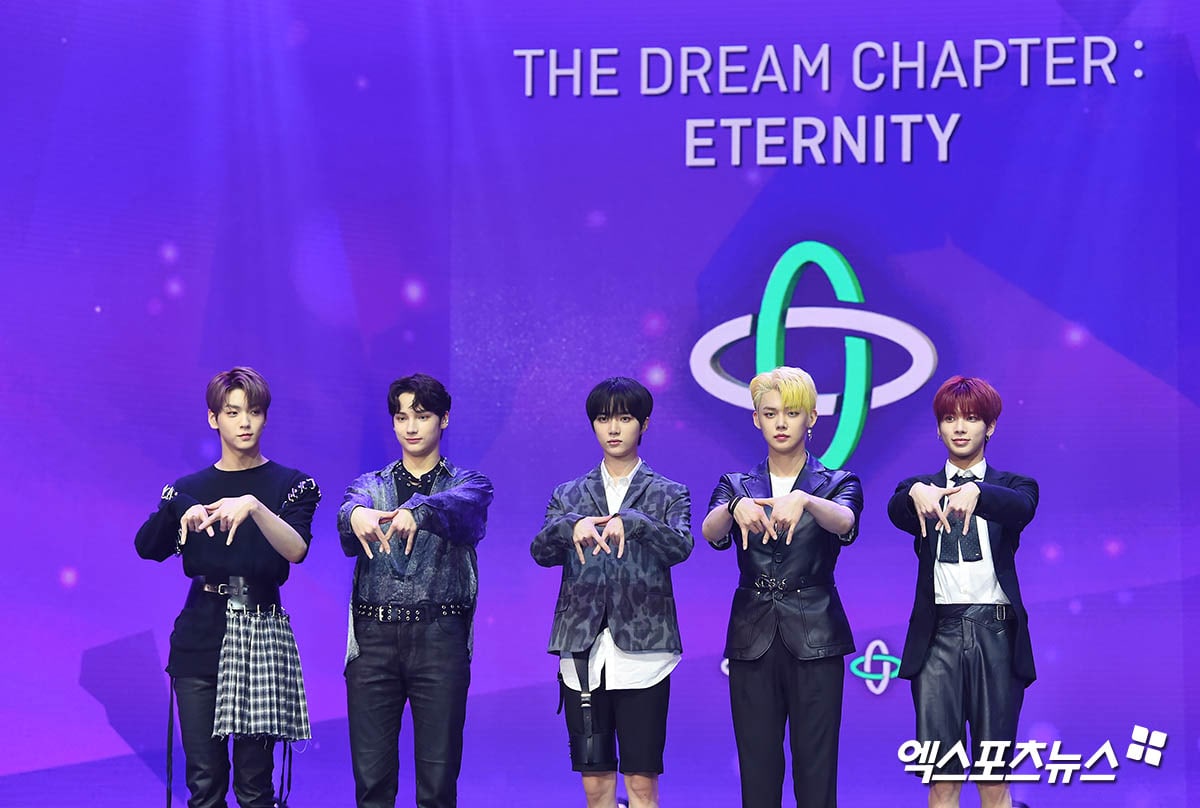 The group discussed the support from CEO and executive producer Bang Si Hyuk and labelmates BTS. They shared, “While we were preparing for our new album, producer Bang Si Hyuk told us that we’ve done a good job of pulling off the content that we’ve shown so far. I was touched when he gave us high praise, saying that it was all thanks to our abilities. He said that he believes each member will be able to clearly show his individual charms starting with this album.”

Then they added, “BTS has always supported us, but this time, J-Hope gave us the advice to show our everything and not be intimidated under any circumstances.” 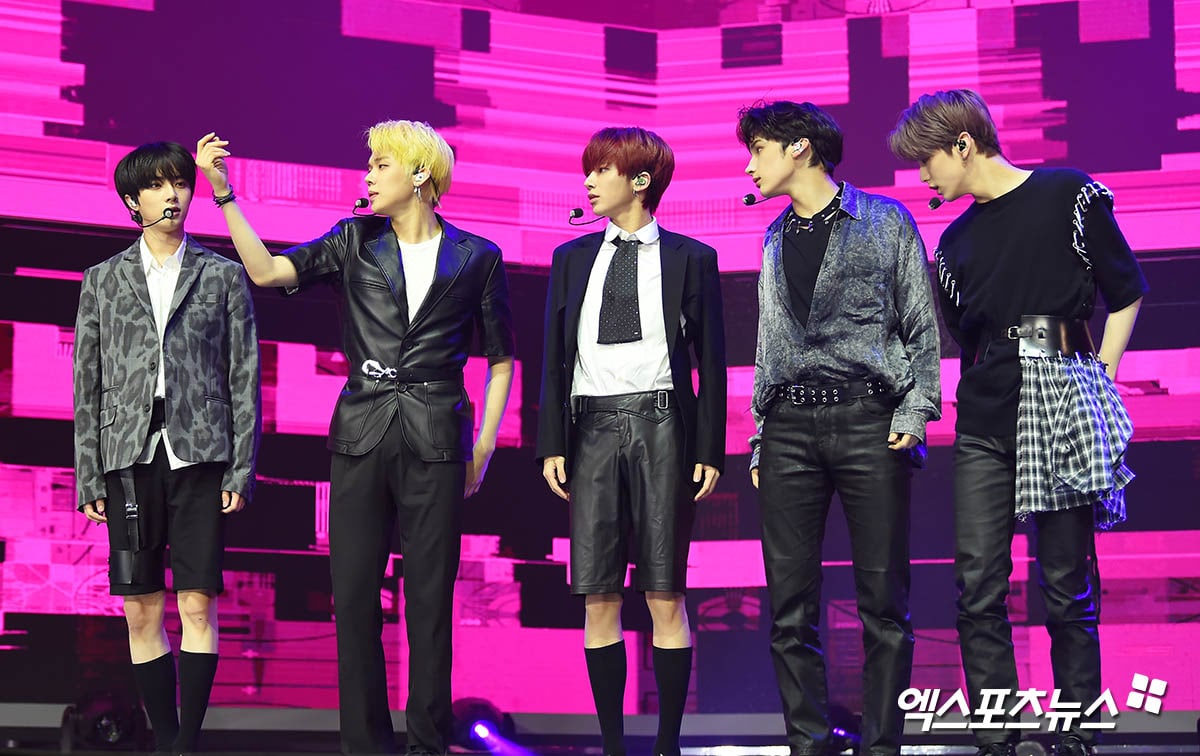 Lastly, Huening Kai shared TXT’s new goal, saying, “We debuted last year, and our goal was to win the Rookie of the Year award. Thankfully, we achieved it. Currently, we’re setting up goals step by step. Our biggest dream is to give people comfort and strength through music.” Soobin added, “We’re not a rookie group anymore, so we want to give an impression that fits a group in their second year of promotions. Last year, we focused on making our team known. This time, we want to show what each member has.”

“The Dream Chapter: ETERNITY” was released on May 18 at 6 p.m. KST. Watch the music video of the title track “Can’t You See Me” here!