Watch: Jang Nara And Go Joon Show Off Their Chemistry + Park Byung Eun Soothes Baby Behind The Scenes Of “Oh My Baby”

tvN’s “Oh My Baby” has released a behind-the-scenes look at the filming of the first few episodes!

The making-of video begins with an introduction from Jang Nara. “I was actually pretty nervous about the first filming,” she admitted. “Since it was my first time in a long time playing such a fun and goofy character, I think that made me more nervous.”

Jang Nara then practices throwing darts on set together with Go Joon, who holds her arm and shows her how to aim. Go Joon even receives praise from the director, who is surprised that he scored 50 points twice during the filming. 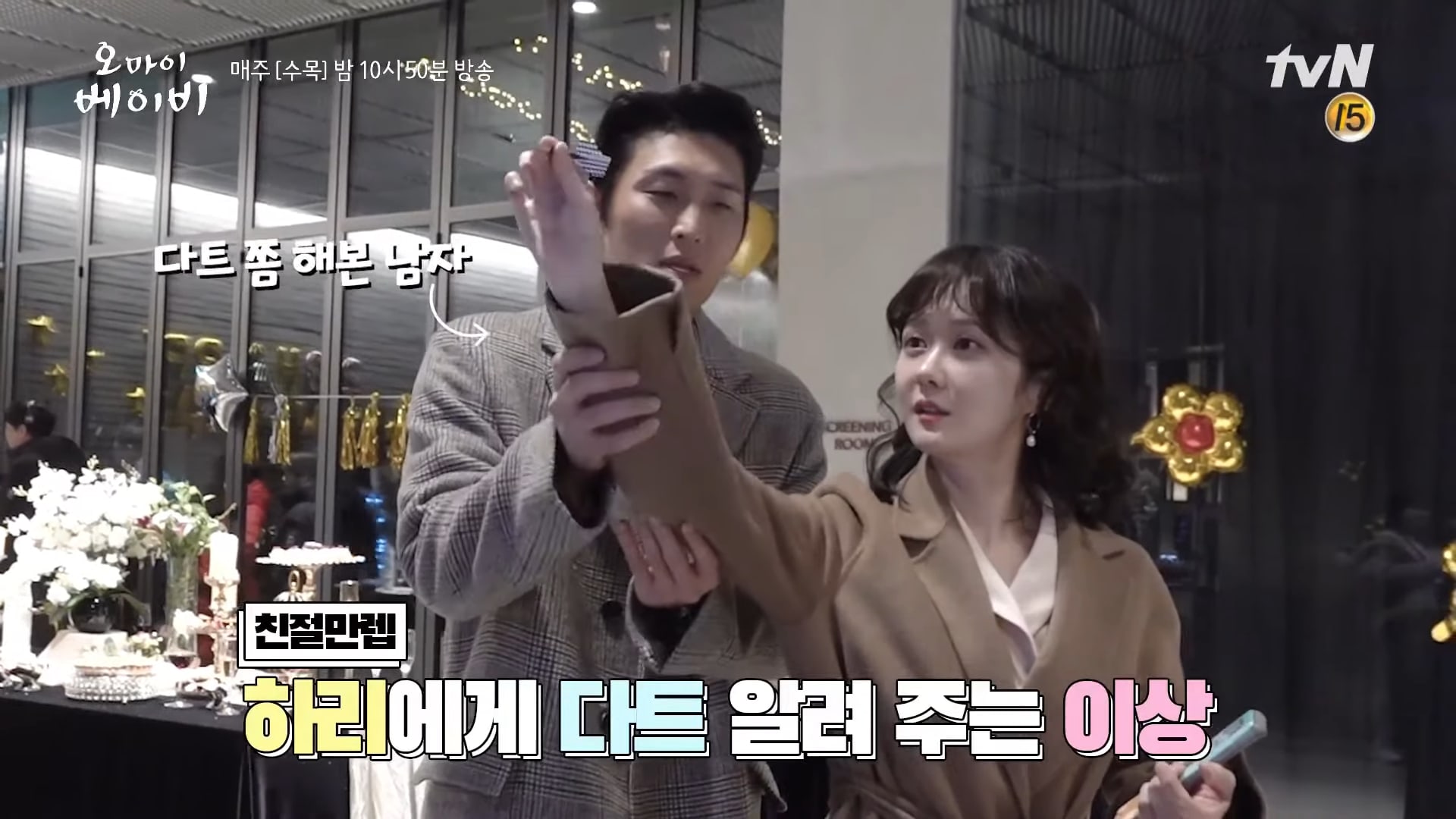 “She’s very cute and considerate of others,” Go Joon said of Jang Nara. “I’m sure we’ll get closer and more comfortable with each other as the filming continues, so I’m excited to see how our chemistry will turn out when we’re not nervous.”

Go Joon then checks out a trick eye museum full of various optical illusions. He turns a checkered hallway into a runway as he casually walks towards the camera, and he tilts his head to observe a piece of art that is turned on its side. Go Joon looks around the room and remarks, “We’re living in luxury while filming this drama.”

Actor Park Byung Eun then introduces himself. He describes a scene for the upcoming episode, saying, “Today is the day that the male lead characters gather together for the first time, so I was curious to see how we would get along.” The three male leads are seen climbing up the stairs and turning their heads in unison at the sound of Jang Nara’s voice. After finishing the scene, Park Byung Eun turns to the staff and playfully demands to know who laughed while they were filming. 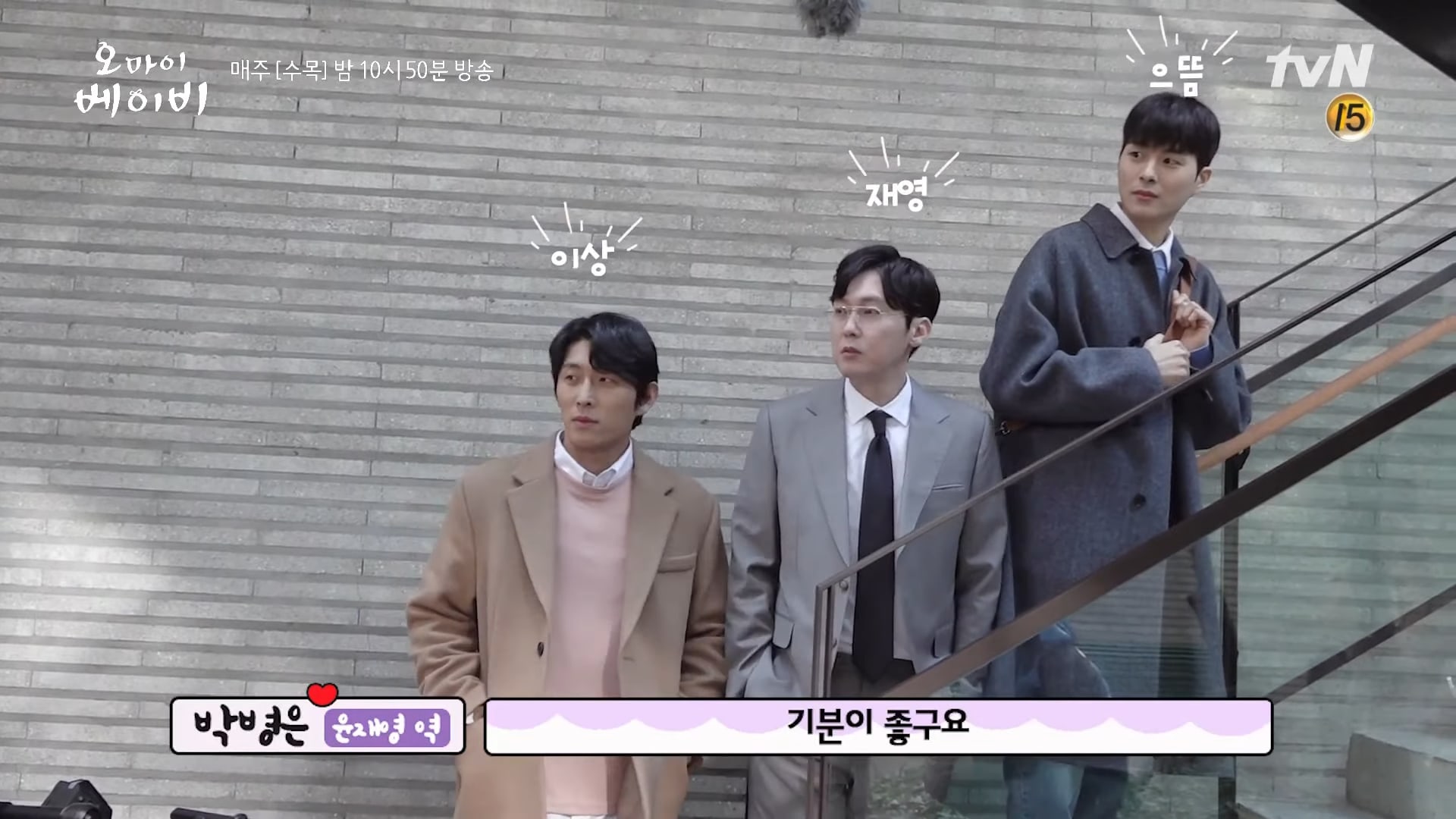 Later on, Park Byung Eun shows off the baby doll that he films with, as well as the real baby. When the baby bursts into tears, the actor kindly tries to soothe her with a squeaking toy. He concluded, “We need to keep filming for the next few months, but I think today proved that we’ll be able to get along well and film good scenes.”

Jung Gun Joo spoke highly of his co-stars, commenting, “The other actors were very considerate, and thanks to that I was able to feel comfortable acting. I was able to finish the first filming since the staff and my fellow actors took such good care of me.”

Jung Gun Joo and Jang Nara then select the directors as the mood makers on set, and one of the directors pretends to act as if he’s hard at work when he realizes that the camera is filming him. Jang Nara teases him as she looks over her script, saying, “Director, your acting isn’t that great.”

At the end of the video, the actors express their love for the viewers and ask for continued interest in the drama.

Catch up with the latest episode on Viki: