Taiwan’s drama industry has been producing some more BL dramas! For example, the “HIStory” series in particular recently released a third installment!

In regards to China’s drama industry, censorship on homosexual relationships still applies, so even if the drama is based on a novel of BL genre it technically can only make it to air if it relegates the series to a bromance/friendship genre. While these adaptations can’t be completely true to its novel counterparts, there are dramas that do justice to the original works and provide compelling and deep relationships between the characters on an emotional level. With that said, here are some Taiwanese BL dramas and Chinese bromance dramas adapted from BL novels to check out! 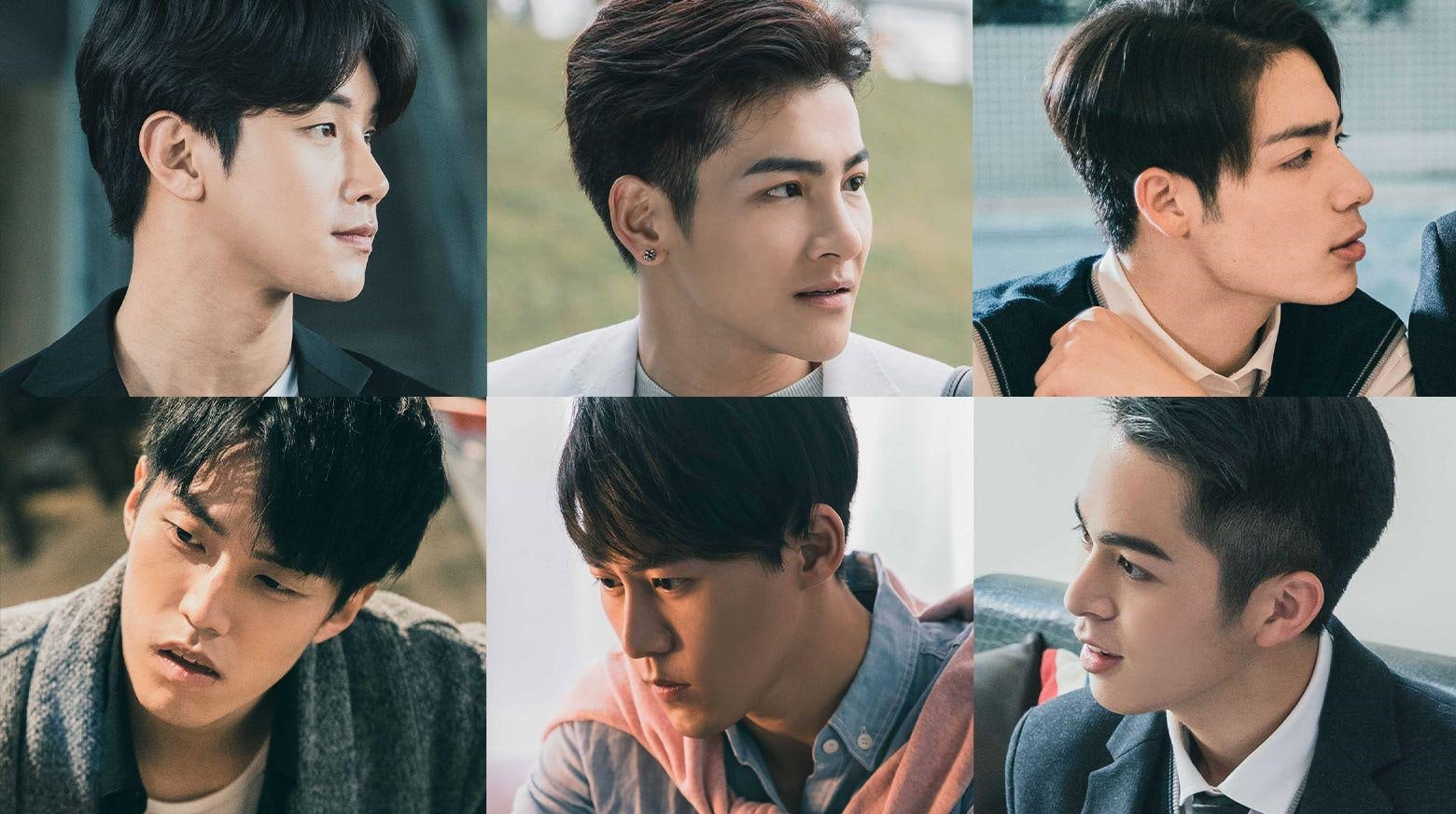 The mini-series starts off with the Yuan brothers, three half-siblings, who find out that they may have a long-lost brother named Lin Xun (Muji Hsu). Once their search ends and the answer to Lin Xun’s real identity is found, the story focuses on the three brothers and their love interests.

It is both an advantage and disadvantage that this drama is incredibly short. It hails only 10 episodes, each 15 minutes long. On one hand, the romance develops fairly quickly because of the time constraints; however, this also becomes the issue largely because there’s not enough time to develop and conclude the plotlines properly. The scenes don’t quite flow together and at times can come off as purely for fan service. The show does do a nice job, though, of combining two languages (Korean and Mandarin) into the dialogue, which isn’t seen often in dramas! Ultimately, if one is looking for something that is light-hearted, short, and not necessarily plot-oriented, this is a good option. 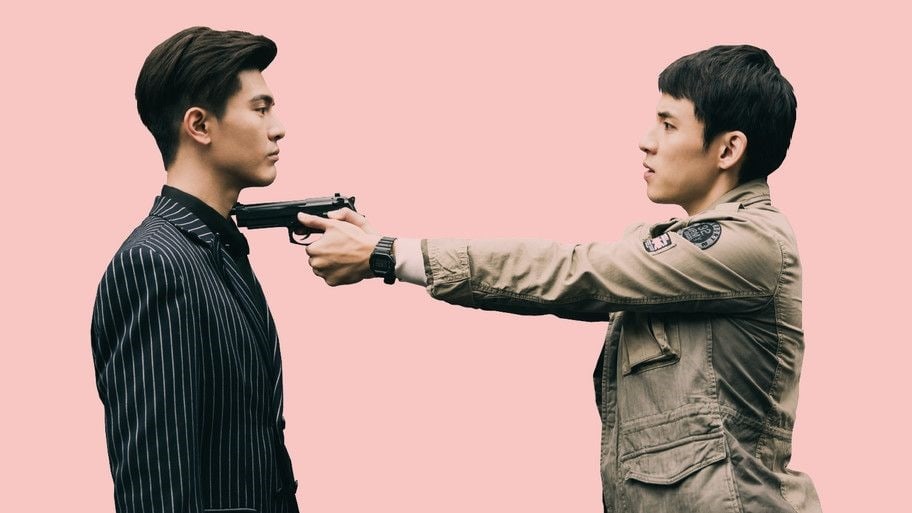 Meng Shao Fei (Jake Hsu) is a police officer who adamantly pursues the truth behind a four-year-old case. He believes that Tang Yi (Chris Wu), a mob boss, is the key to finding out the truth and follows him everywhere. These two start off as adversaries but their relationship grows and develops into a romance. “HIStory 3: Trapped” is quite humorous and at times ridiculous. However, it’s a very enjoyable show with lots of sweet moments between the main leads and the secondary couple. Compared to “Make Our Days Count,” this show is more tame and fluffy. 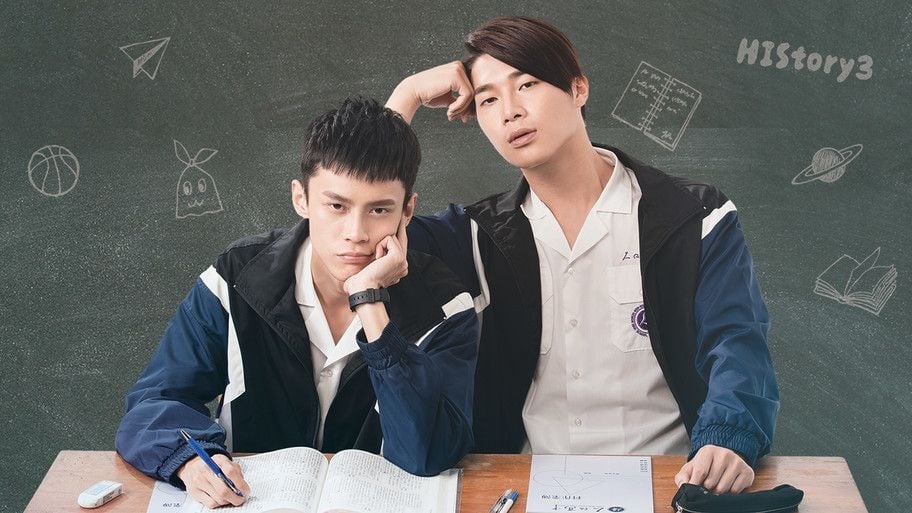 “History 3: Make Our Days Count” revolves around two couples. Xiang Hao Ting (Song Wei En) and Sun Bo Xiang (Liu Wei Chen) are best friends who share the commonality of being interested in guys. Xiang Hao Ting meets Yu Xi Gu (Huang Juan Zhi), a smart but reserved student who gets misunderstood by Hao Ting. They don’t get along at first, but Hao Ting eventually realizes that he likes Yu Xi Gu in a romantic way and does all he can to pursue him. Sun Bo Xiang has a crush on Lu Zhi Gang (Zhang Han Yuan), an adult whom he first sees at his cousin’s gym. Despite initial rejections by Zhi Gang, Bo Xiang finally succeeds in being accepted as his partner.

This drama is definitely much more mature than previous seasons, which makes it not safe for work. This doesn’t mean that it’s not filled with cute contents though such as Hao Ting’s openness in expressing how he feels and his adoration for Xi Gu. However, the ending does undercut that sweet and lovely atmosphere by turning tragic towards the end. The start of Bo Xiang and Zhi Gang’s relationship is also another contention in the drama as Bo Xiang is a high school student dating a grown adult. In short, “HIStory 3: Make Our Days Count” may have polarizing aspects that leave viewers with divided opinions, but it does also have an interesting storyline with endearing characters and friendships. 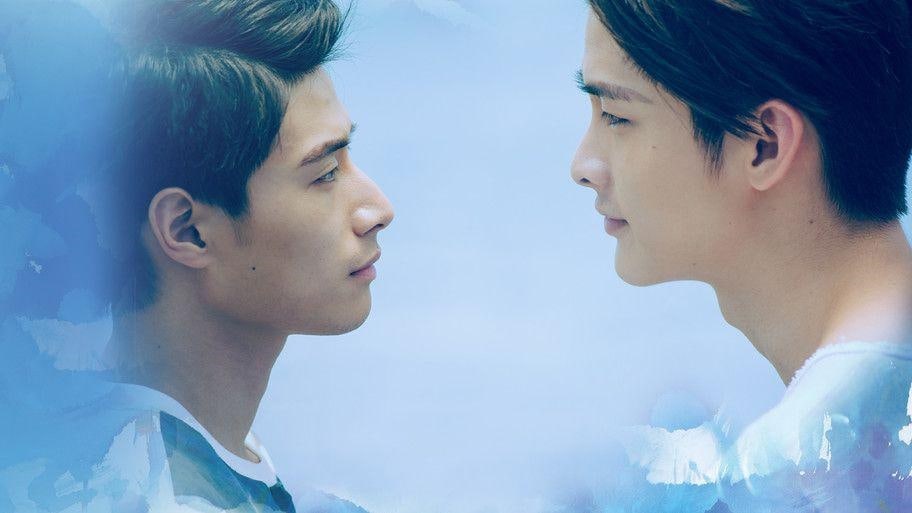 Hai Qing (Chen Yan Ming) struggles to make his dreams come true as an artist because of his father’s disapproval. During this trying time, he meets Yan Fei (Wang Ting Yun), and they instantly connect. However, their relationship is quite ill-fated as they lose contact and find it difficult to forget the other. Like “Make Our Days Count,” this drama also has some polarizing opinions in regards to the ending. There are special episodes, but they may not satisfy those who want a happier ending for the two characters. 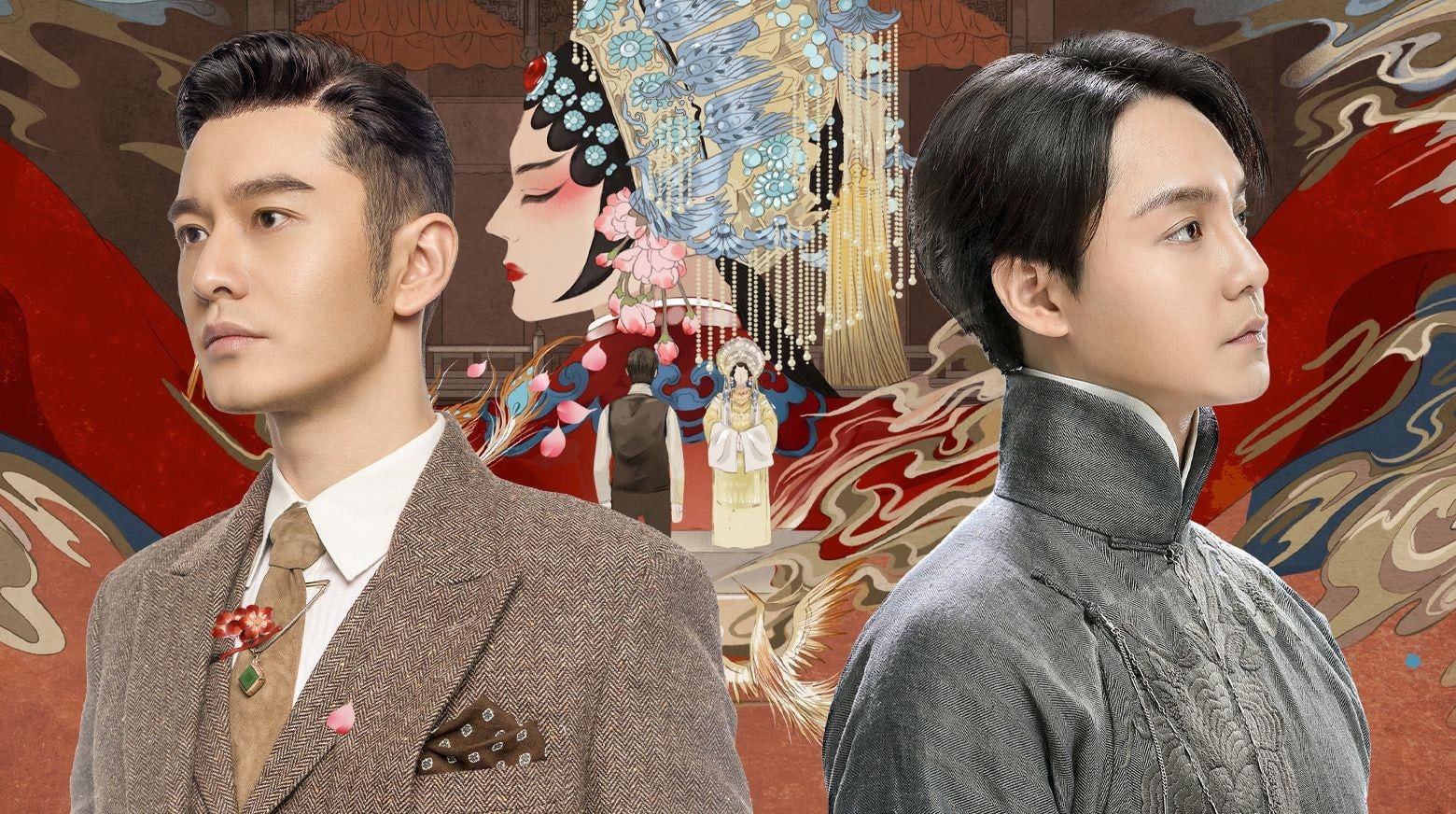 “Winter Begonia” revolves around Shang Xirui (Yin Zheng), who is a part of a Peking opera troupe, and Cheng Fengtai (Huang Xiao Ming), a wealthy businessman who catches Xirui’s performance and becomes enamored. Through their common interest in Peking opera, they grow into incredibly close companions. This drama stands out for highlighting Peking opera as this is not a commonly represented cultural aspect in dramas. Aside from this very interesting look into the art form, the drama also does an amazing job with the cinematography. Paired with the stellar acting and well-developed cast, this show is a must-watch. It’s a rich story with a touching portrayal of two people who consider each other as soulmates. 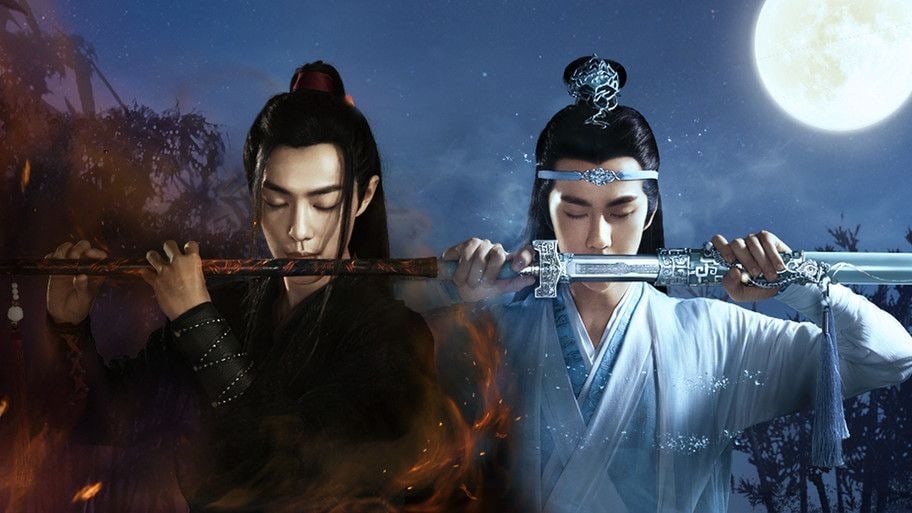 Wei Wuxian (Xiao Zhan) and Lan Wangji (Wang Yibo) are disciples from different clans. Their personalities clash, as Wuxian is free-spirited while Wangji strictly follows the moral codes of conduct set by his clan. Their relationship changes as they get to know each other, especially following multiple sects turning their backs on Wuxian for his unorthodox ways. “The Untamed” has a great story that does such a fantastic job of illustrating loyalty among companions and friends, platonic and romantic love, and much more. “The Untamed” may take a while to warm up to but as you continue watching, the show builds up wonderfully and offers an incredibly moving narrative. 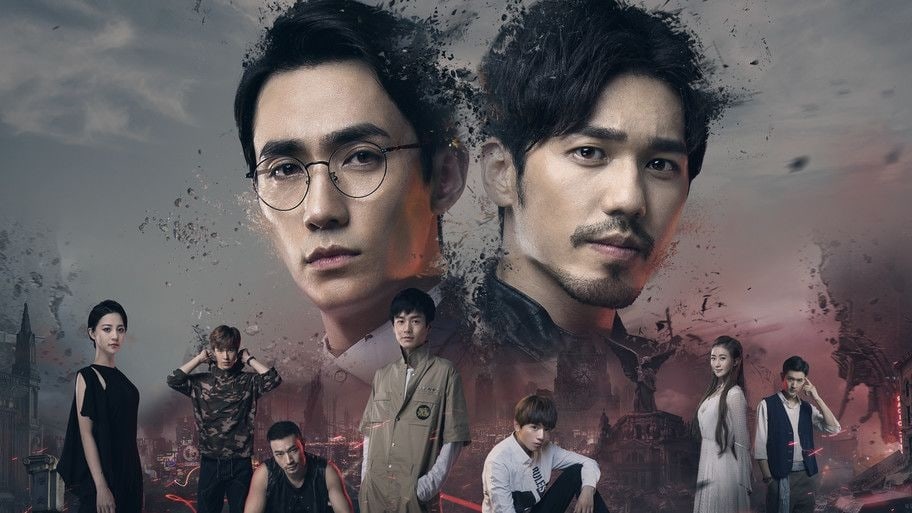 Zhao Yunlan (Bai Yu) heads the Special Investigation Department, which handles supernatural occurrences caused by aliens. While investigating a case, he meets Shen Wei (Zhu Yi Long), a university professor whose expertise in genetic mutation and supernatural beings proves to be helpful. Their meeting might have seemed like a coincidence, but Zhao Yunlan and Shen Wei have a special history together that comes unraveled as they continue working together. As this drama was plagued with multiple edits and censorships, the plot and CGI are lacking but the chemistry and relationship between the leads are amazing. The little details of how these characters look at each other or how they move in sync is done splendidly!

Hey Soompiers, which BL or bromance dramas would you recommend to watch?

Currently watching: “Once Again,” “Oh My Baby,” and “Intense Love”
Looking forward to: “Ordinary Glory,” “First Romance,” “We Are All Alone,” and “The Blooms at Ruyi Pavilion”

Soompi Spotlight
Dark Blue and Moonlight
Guardian
The Untamed
Because of You (2020)
HIStory 3
Winter Begonia
How does this article make you feel?