On the May 18 episode of the fishing variety show, the idols visited the seafood shop run by Joo Sang Wook, Jo Jae Yoon, Yang Kyung Won, and Yoo Su Bin. 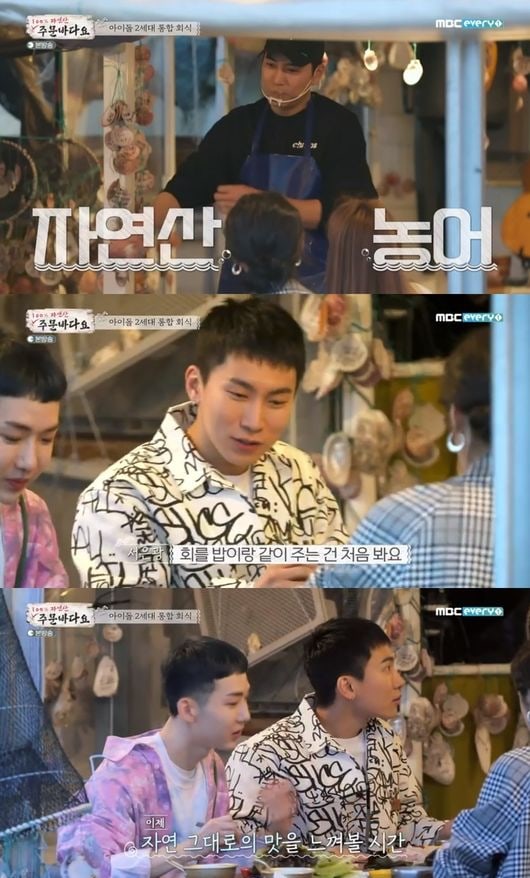 In order to make up for the lack of yellowtail amberjack, Jo Jae Yoon offered sea squirt and sea cucumber, while Joo Sang Wook prepared sea bass. Introducing Yoo Su Bin, Jo Jae Yoon said, “The hall manager is a huge fan of Wonder Girls.” Yoo Su Bin appeared shy at first but then began dancing to Wonder Girls’s “Tell Me” on the spot. Yubin and Hyerim reacted with surprise, commenting, “Did you train to become an idol? You’re so good at dancing.”

Yoo Su Bin shyly returned to the kitchen, but Yubin and Hyerim invited him to sit down at their table. He replied, “I don’t think I can join you alone,” but his other cast members reassured him and told him to go ahead. When the actor sat down, Yubin asked him who he was a fan of. Yoo Su Bin replied, “I liked all of the members,” before confessing Yubin was his bias. 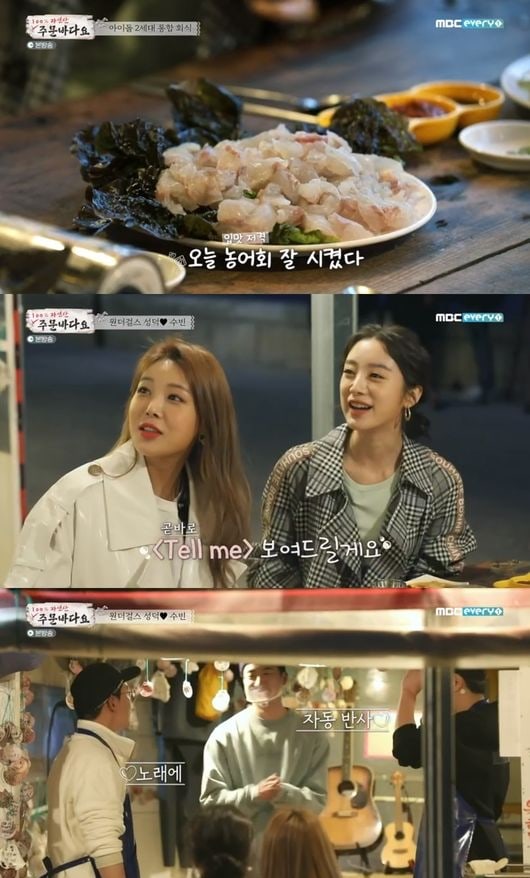 Yang Kyung Won then brought out the green onion kimchi that he made, and the guests all commented that this was the most delicious dish. The actor proudly replied, “It’s because the green onion is delicious.”

A live band performance began during the meal, and the four guests showcased their skills with various performances. Eunkwang and Jo Kwon sang a duet to 2AM’s “This Song” (literal title), while Hyerim, Yubin, and Yoo Su Bin performed Wonder Girls’s “Tell Me.”

Check out the performances below:

BTOB
Eunkwang
2AM
Wonder Girls
Yubin
Hyerim
Jo Kwon
How does this article make you feel?