New stills have been released for the upcoming MBC drama “Kkondae Intern”!

“Kkondae Intern,” also known as “Old School Intern,” is an office comedy about a man who finally gets sweet revenge on a former boss who once made his life miserable. Park Hae Jin stars as Ga Yeol Chan, who becomes the head of the marketing team at Jun Su Foods after moving up the corporate ladder at lightning speed. Kim Eung Soo stars as Lee Man Shik, Ga Yeol Chan’s boss at his former company but now his subordinate at Jun Su Foods.

Aside from becoming the head of the marketing team thanks to his development of a popular new type of ramen, Ga Yeol Chan also has looks, character, and skills—perfect for revenge against his former boss. 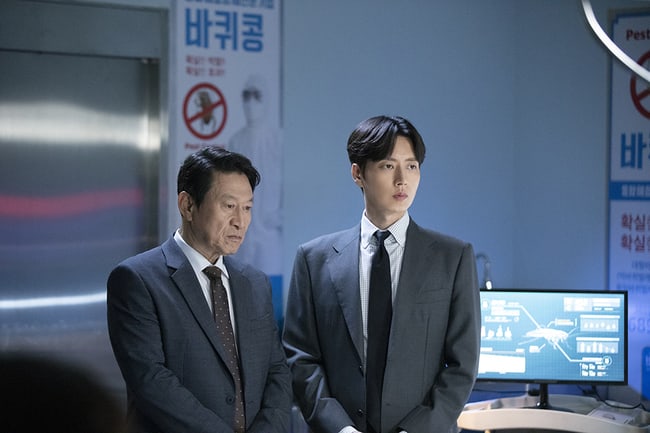 Ga Yeol Chan shows off his transformation into a young boss with the mannerisms of a condescending older man, while his former boss Lee Man Shik, who once scolded his own intern for performing poorly, becomes a pitiful intern himself. 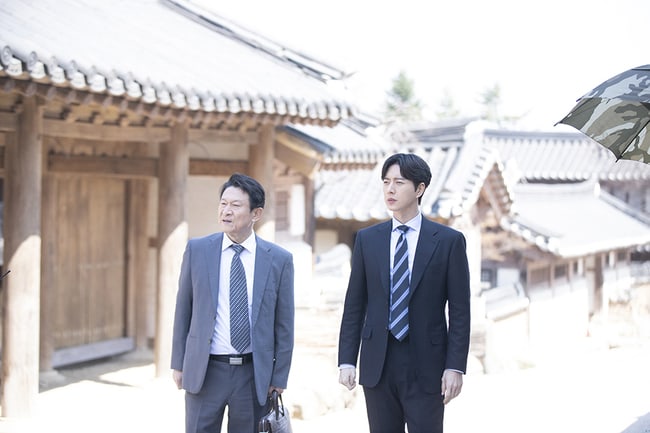 Park Ki Woong plays the role of Namgoong Jun Su, the crazy CEO of the ramen company who slowly transforms into a friend-like superior. Namgoong Jun Su, who once showed off rather overbearing sides to him as a CEO, becomes more understanding of his workers. 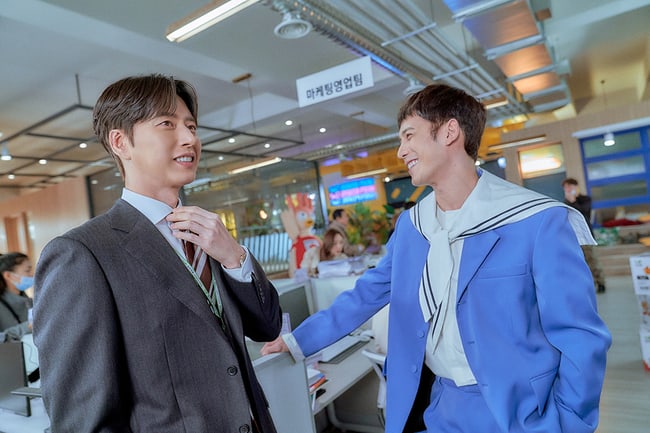 “Kkondae Intern” will show off the relationships between the distinct characters as well as each character’s development as something that can become a source of comfort for viewers.

Additionally, the drama plans to balance out racy lines, criticisms of life, and indecent bosses with comedy, while even creating moments of resonance for viewers through the drama’s realistic setting.

“Kkondae Intern” premieres on May 20 and will be available on Viki.