Crush and Red Velvet’s Joy held a fun broadcast on YouTube to celebrate their new collab!

On May 20, Crush released his single “Mayday” featuring Joy. That day, they counted down on YouTube to the song coming out.

Joy said during the show that it was an honor to feature on Crush’s track. “I’m such a fan of Crush and I featured on his song,” she said. “Even just being contacted about it made me so excited and nervous.”

On what she thought when she heard “Mayday,” Joy said, “People might feel frustrated over having to just stay at home during this difficult time, but I think they will relate to this track because it does a good job at conveying those feelings.”

Crush also shared that he was grateful that Joy took part in his song. “The honor is mine,” he said. “When I was making the song, I thought that I definitely needed Joy’s voice for it, and that’s why I made the offer.” He thanked her once again for featuring on the song. 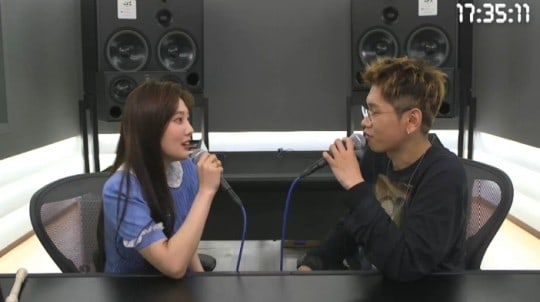 Crush talked about making the track, which is part of his “Homemade” series that was sparked by the situation during the COVID-19 pandemic. He said, “It’s really 100 percent homemade. I did do some work in the recording studio when I was doing post-production, but when I first made the song I sketched it out on February 23 and 24. I didn’t have any work at all that day so I just wrote the track. I made the song because I thought that I should convey our situation now through music, just as it is without any flourishes.”

Crush also promised Joy that he’d be sure to repay the favor in the future. “Whenever you need help, just call me,” he said.

On the topic of what he’d do if the song comes in first, Crush said, “I’ll release a video of myself dancing to Red Velvet’s ‘Psycho.'” Joy said she’ll take part in the promise.

Joy also laughed and clapped when she read a viewer’s comment that said Crush looked like the superhero Lightning Man from an EBS children’s show, while Crush seemed to not know who Lightning Man is.

“If it makes it to first, then you should wear a Lightning Man outfit and dance to ‘Psycho’,” said Joy. Crush replied, “Alright. I have nothing to lose.”

The artists then wrapped up the show by performing “Mayday” live. 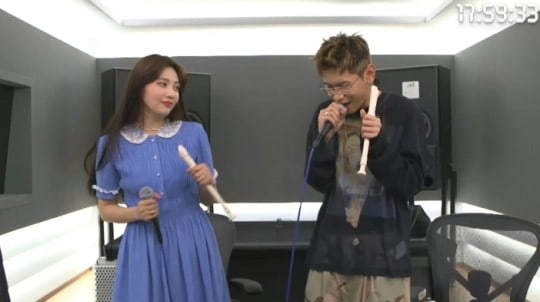 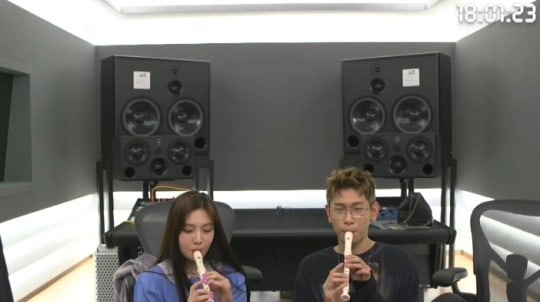 Check out their collaboration here!

Red Velvet
Crush
Joy
How does this article make you feel?