The band released their mini album “The Book of Us: The Demon” on May 11 but they have taken a hiatus to focus on their mental health as some of the members have been dealing with anxiety. Jae recently shared an update in which he said that he’s been doing much better and thanked fans for their patience and support.

On May 20, Jae posted a screenshot on Twitter and Instagram of a message conversation he had with Park Jin Young. The JYP founder first messaged Jae to congratulate him on the success of DAY6’s new track “Zombie,” which Jae co-composed.

Jae replied, “Thank you so much! I apologize for the problems I’ve caused this comeback. I’ll get better asap and get back on the wheel soon! Always appreciate ur mentorship and demonstration of what an artists should be. Much respect sir king of the castle and thank you again so much!!”

Take your time Jae. Your health and happiness is more important than doing shows.

And now I don’t stumble any more. Jimmy had to go through that process also in 2015.

So I rather have you go through these times and find a true answer to your life instead of just chasing something you don’t even know.

Jae wrote on the screenshot, “Our leader.” 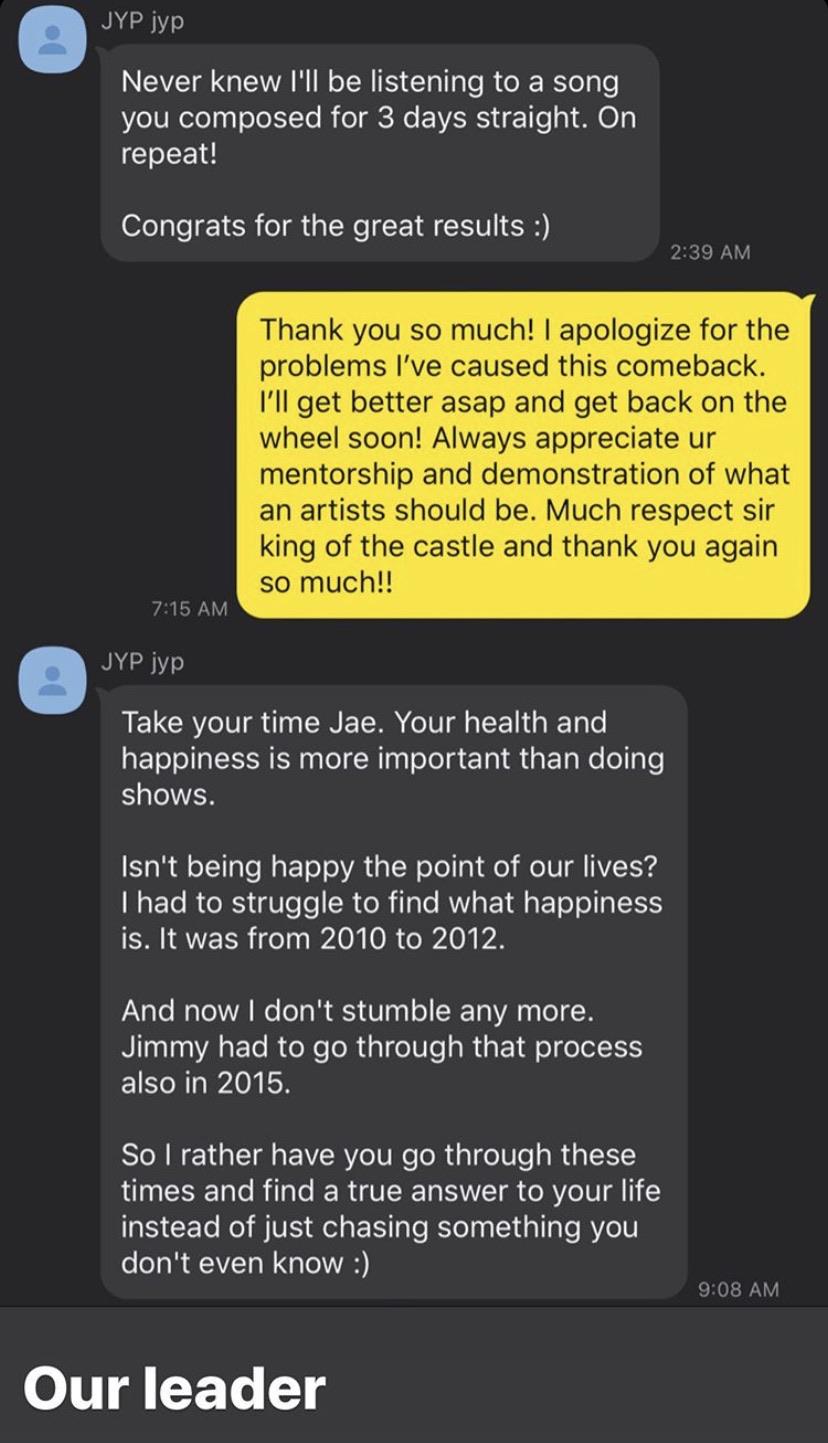 DAY6
Jae
Park Jin Young
XPN
How does this article make you feel?