On May 20, the actors appeared on “Kim Young Chul‘s Power FM” to promote their mystery thriller. “Intruder” centers around a woman who went missing 25 years ago the gradual changes within her family when she returns decades later.

Song Ji Hyo began, “I came here without getting a lot of sleep.” When the DJ asked what they usually do at this hour, Kim Moo Yeol replied, “It’s when I’m just getting up” and Song Ji Hyo added, “This is when I’m in deep sleep.”

Choosing sleep over food, she continued, “I sleep a lot in the morning. I can’t give up on my sleep. I usually fall asleep at around 1 to 2 a.m. and get up around 1 to 2 p.m.” Describing their chemistry, Kim Moo Yeol said, “I think she always glared at me in the movie. She has no traces of a smile when acting.”

Although they appear as an older brother and younger sister onscreen, Song Ji Hyo revealed, “I’m actually one year older than Kim Moo Yeol.” He replied, “I called her ‘older brother’ on set. She’s usually really laid back.” 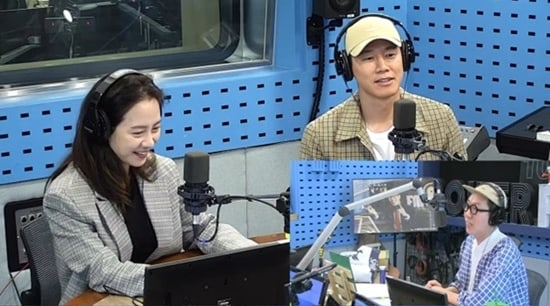 When asked if they acted like siblings on set, Song Ji Hyo answered, “We weren’t close in the film, so we were unintentionally [distant].” Kim Moo Yeol explained, “Since the film is a heavy topic, I had a lot of time of contemplation.” The actress further added, “I’m 40 years old now. My 20s were more fun than my teenage years and my 30s were more fun than my 20s, so I’m looking forward to my 40s.” Agreeing with her, Kim Young Chul said, “I’m also in my 40s and it’s really fun.”

Kim Moo Yeol, who’s in his late 30s, added, “I used to fear being in my 40s because it’s not something I’ve experienced yet. But I think this kind of mindset is really good. I’m going to think this way when I’m in my 40s.” Song Ji Hyo commented, “The bad thing about being 40 is your decreasing memory skills. I don’t know what I did last week and I can’t multitask. The fun thing is that it’s still fun if I watch a film two or three times.” 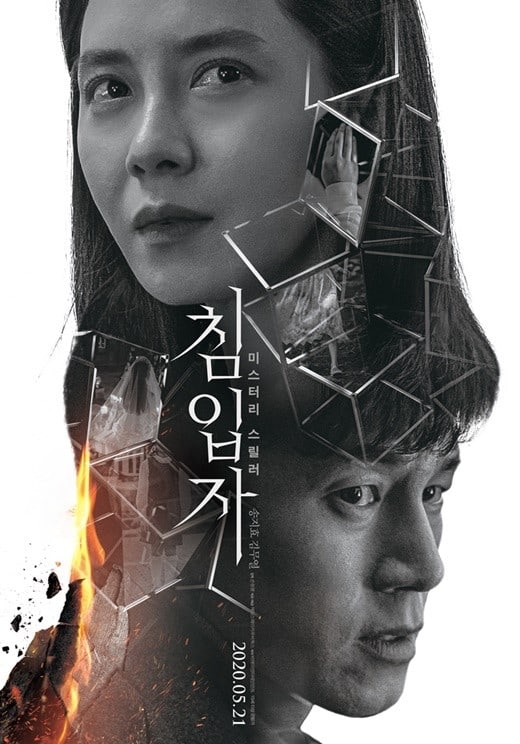 “Intruder” delayed its release date due to the recent rise in COVID-19 cases in South Korea. The film now premieres on June 4. Check out the trailer here!