Oh My Girl and VIXX’s Ravi showed support for their labelmates!

On the May 21 episode of “Road to Kingdom,” Oh My Girl’s Seunghee, YooA, and Hyojung hung out with WM Entertainment labelmates ONF in their practice room. ONF was preparing for their “My Song” mission on the show, where they were tasked with telling their own stories with their own tracks.

When asked to guess what song ONF chose for their upcoming performance, YooA correctly guessed “We Must Love.” She explained, “People say online that it’s a great song. It’s often said to be ONF’s hidden masterpiece. It’s a really good song for creating a concept.”

ONF’s J-Us commented, “We’re thinking about rearranging it to mix in our b-side tracks,” and Seunghee shocked the boy group by immediately saying, “Moscow Moscow.” J-Us explained, “In the ‘Moscow Moscow’ lyrics, there’s a story about losing your memory after being bewitched by magic. We’re going to become puppets.” E-Tion said, “We plan to put a twist on the marionette concept and make it tragic,” and Hyojin added, “The doll can’t love this person because the doll isn’t a person.”

Oh My Girl’s Seunghee replied, “So the puppet loves the puppeteer? It’s so sad.” She then suggested, “Can you guys hang curtains? Because the time when the puppeteer controls the puppet is the only time they’re in contact.”

When Seunghee asked ONF if anyone had joined them onstage beside the members and dancers, the members answered no. She stated that she had something in mind and didn’t disclose it to keep it a secret for viewers. Later in the episode, YooA made a surprise appearance during ONF’s performance. 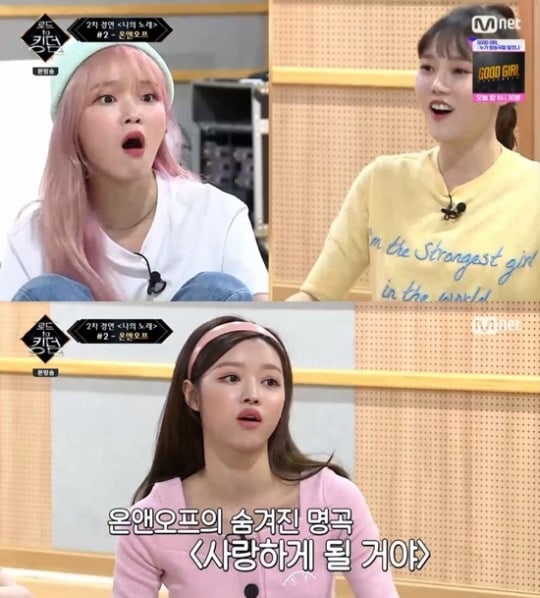 VIXX’s Ravi also showed support for his Jellyfish Entertainment labelmates VERIVERY. The VERIVERY members stood up in shock when they saw Ravi at the door and greeted the senior idol. Ravi said, “I came here because I heard you guys were working hard,” and shook hands with each member. VERIVERY’s Dongheon previously expressed his admiration for VIXX by describing them as VERIVERY’s “emotional rock.”

Dongheon told Ravi, “Our last ranking was low, so we feel a lot of pressure since we might get eliminated if we don’t do well this time.” Ravi replied, “It’s good to show an energetic performance when you’re in a low ranking because you can convey your anger. Even if you don’t win, there will definitely be people who like you guys through this performance, so I hope you won’t be nervous and will have fun onstage.”

Speaking about their next performance, Gyehyeon explained, “This performance has a strong concept. We’re doing a concept where we’re suffering from nightmares.” Hearing this, Ravi replied, “Conceptual performances need to convey the feeling for those who are watching. It’s meaningless if we choose and talk about the concept amongst ourselves and people don’t know the concept before it’s explained.”

VERIVERY performed their choreography for “PHOTO” in front of Ravi who watched intently. Ravi immediately applauded and praised the group before sharing his thoughts. He commented, “There are many parts and I think it’s good that it’s different from what you’ve shown so far. But you should match up the choreography when you guys suddenly get up after lying down. Some members are more relaxed while others are upright. It’s important to grab the viewers’ attention after doing the dreamlike moves.”

Ravi concluded, “I hope you guys will do well without getting hurt after practicing hard.” Dongheon replied, “We’ll make sure to get No. 1 with your energy.” 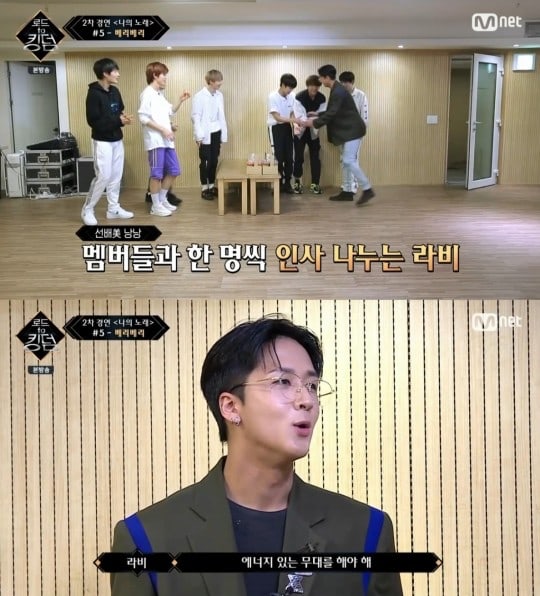 “Road to Kingdom” airs on Thursdays at 8 p.m. KST.

Oh My Girl
VIXX
Seunghee
YooA
Hyojung
Ravi
ONF
VERIVERY
Road to Kingdom
How does this article make you feel?