The cast of “Kkondae Intern” has shared their reasons for joining the drama, unpacked the word “kkondae,” and talked about what makes the drama stand out.

PD Nam Sung Woo, who has worked on dramas like “Weightlifting Fairy Kim Bok Joo,” “Because This Is My First Life,” “100 Days My Prince,” and “Kill It,” described “Kkondae Intern” as an overall funny drama. He said, “When you are done laughing, I hope the drama will have you thinking about your youth, friends, and coworkers during the commercials and becomes something you can reflect on.”

The PD then elaborated on the term kkondae, which describes an older person who is often condescending or uses their age to justify their actions. Nam Sung Woo explained, “I think the word kkondae is being used broadly. The direction of our drama is about becoming a good kkondae, but we’re not forcibly adding any lessons or moral messages to the drama. If you watch the drama, each character has a tendency to be a kkondae. It’s not necessarily a bad kkondae, but its presentation is something I’ve thought about a lot production-wise. The hardest part was inevitably having to represent the negative aspects of a kkondae.”

Then, Nam Sung Woo talked about Kim Eung Soo’s portrayal of a kkondae. “Kim Eung Soo’s character represents the typical kkondae or shows what controversial things done by older people. Since I was trying to represent this idea, it can come across badly. I’ve thought about how many of the bad aspects I could portray. It might be controversial if I portray them badly, but I figured if those controversies help put an end to bad kkondae-like behavior, we could be heading in the right direction.”

Kim Eung Soo spoke up about his own perception of a kkondae. “A kkondae is someone who forces their thoughts onto others. If you elevate yourself while doing so, that’s when you’ve become bossy. But acting like a kkondae can create humor, so I hope you laugh while watching the drama.”

Park Hae Jin, who plays Ga Yeol Chan, the head of the marketing team who saves the company he had interned for with his development of a popular new type of ramen, talked about his decision to join the drama. “I’ve always wanted to act alongside Kim Eung Soo, and I thought that the drama was very relevant. There can always be conflicts on set, but I wondered how this set could be so peaceful,” he said, describing his coworkers as angelic. Park Hae Jin also added that Kim Eung Soo did not resemble a kkondae, unlike his character. “Kim Eung Soo is really candid with everyone, and he controls the atmosphere on set well, so I am thankful,” he said. 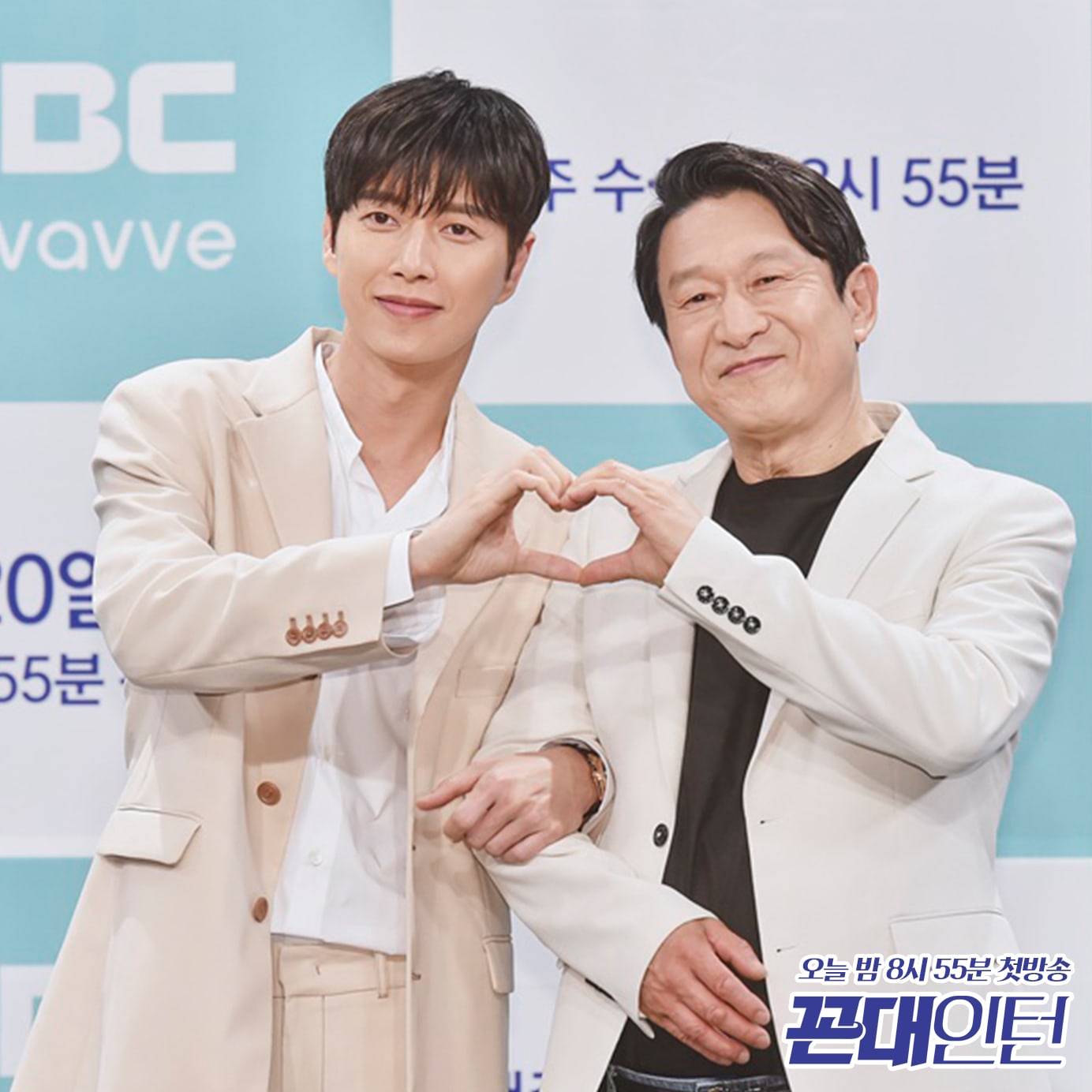 Han Ji Eun, who plays Lee Tae Ri, the new marketing intern at Jun Su Foods, said, “I think you will all find the script and synopsis to be fun. That was my first reason to join the drama.” She continued, “The word kkondae is a hot topic these days. When you think of ‘kkondae,‘ we thought that many people could relate if we had the term apply to anyone, regardless of age. We think the drama will become something to look back on.” 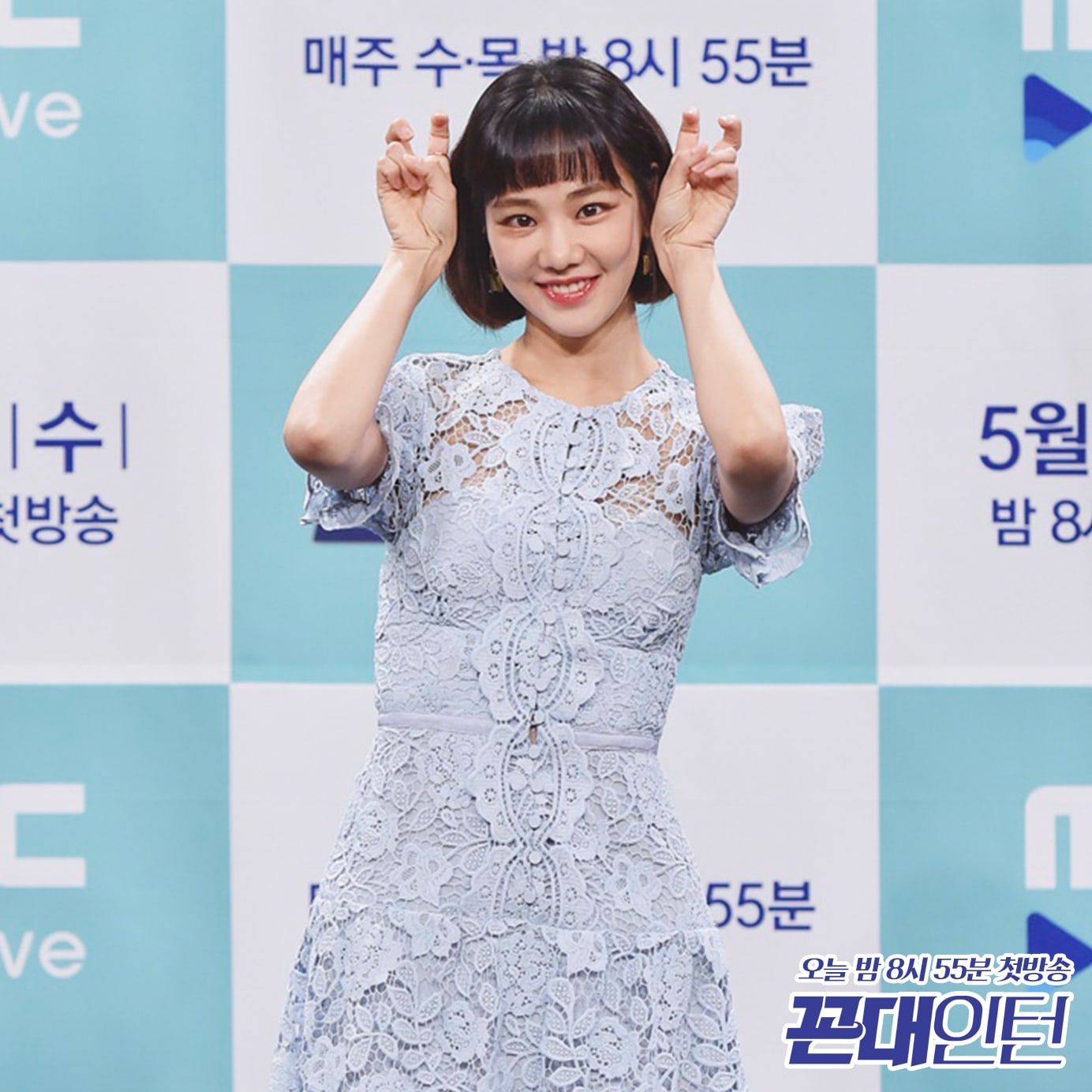 Park Ki Woong explained his reason for joining the cast as well. He said, “I join if the script is fun, and it turned out to be really funny. Kim Eung Soo, whom I respect, and Park Hae Jin, an actor that I like, were already cast. I loved working with great people. The atmosphere on set was also good, so I chose this drama.” 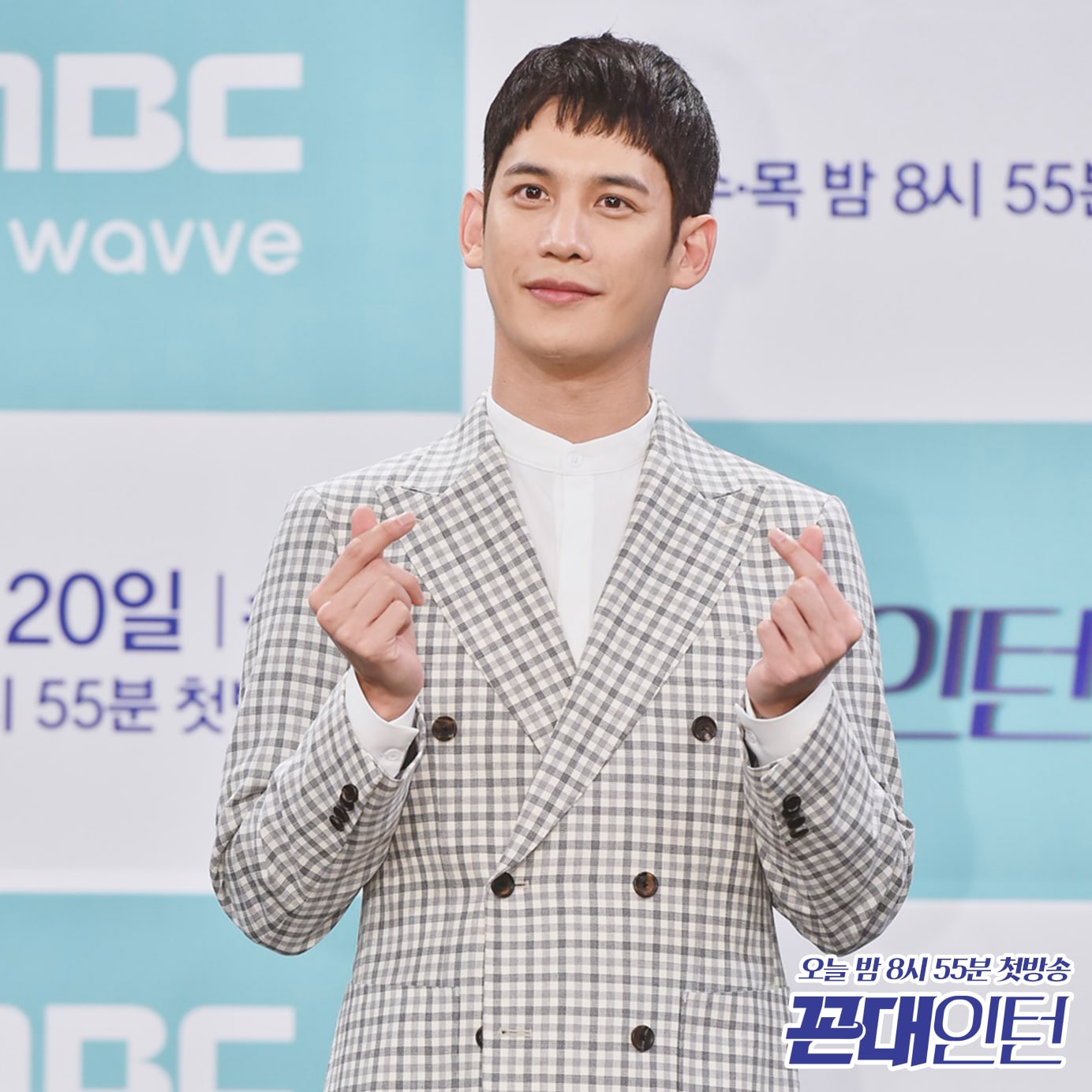 Lastly, PD Nam Sung Woo concluded by pointing out what makes “Kkondae Intern” stand out as a drama. He said, “Rather than focusing on the emotions of the employed and their desire to take down the boss, we focused on how they can care for each other and come together without competition. I think what stands out is that we have focused on the process of uniting, and even if the boss is bad, they are still able to come together.”