JTBC’s upcoming drama “Was It Love?” has unveiled its colorful main poster!

“Was It Love?” will tell the story of Noh Ae Jung, a movie producer and single mom who has been living on her own for 14 years (played by Song Ji Hyo). Despite having already given up on romance, she suddenly finds herself embarking on an unexpected second chapter of her story when four men walk into her life at the same time.

On May 22, the upcoming drama released a main poster that features Song Ji Hyo surrounded by her four romantic prospects. First up is Son Ho Jun, who will be starring in the drama as Noh Ae Jung’s ex-boyfriend Oh Dae Oh. A bestselling novelist who is described as a “charming bad boy,” Oh Dae Oh is irresistibly tempting to women, even when they know they should stay away.

Song Jong Ho wears a million-dollar smile as A-list actor Ryu Jin, who is described as “pitiful” even though he’s “great on paper.” Despite being seemingly perfect in every way, Ryu Jin has a surprisingly different kind of appeal hiding behind his movie-star persona.

Next, Koo Ja Sung looks cheerful and confident as Oh Yeon Woo, a physical education teacher who “makes women’s hearts’ flutter” in spite of his young age. His endearingly pure-hearted desire to win Noh Ae Jung’s affection is certain to win viewers over.

Last but not least, Kim Min Joon exudes a tough, manly aura as the “scary but sexy” Goo Pa Do, a former gangster who has turned over a new leaf and is now a CEO. The flower in his hand hints at the warm heart hiding behind his intimidating exterior.

Finally, former SISTAR member Dasom peeks out from behind Son Ho Jun as A-list actress Joo Ah Rin, who will add another layer of intrigue to this complicated “4-against-1 romance.” 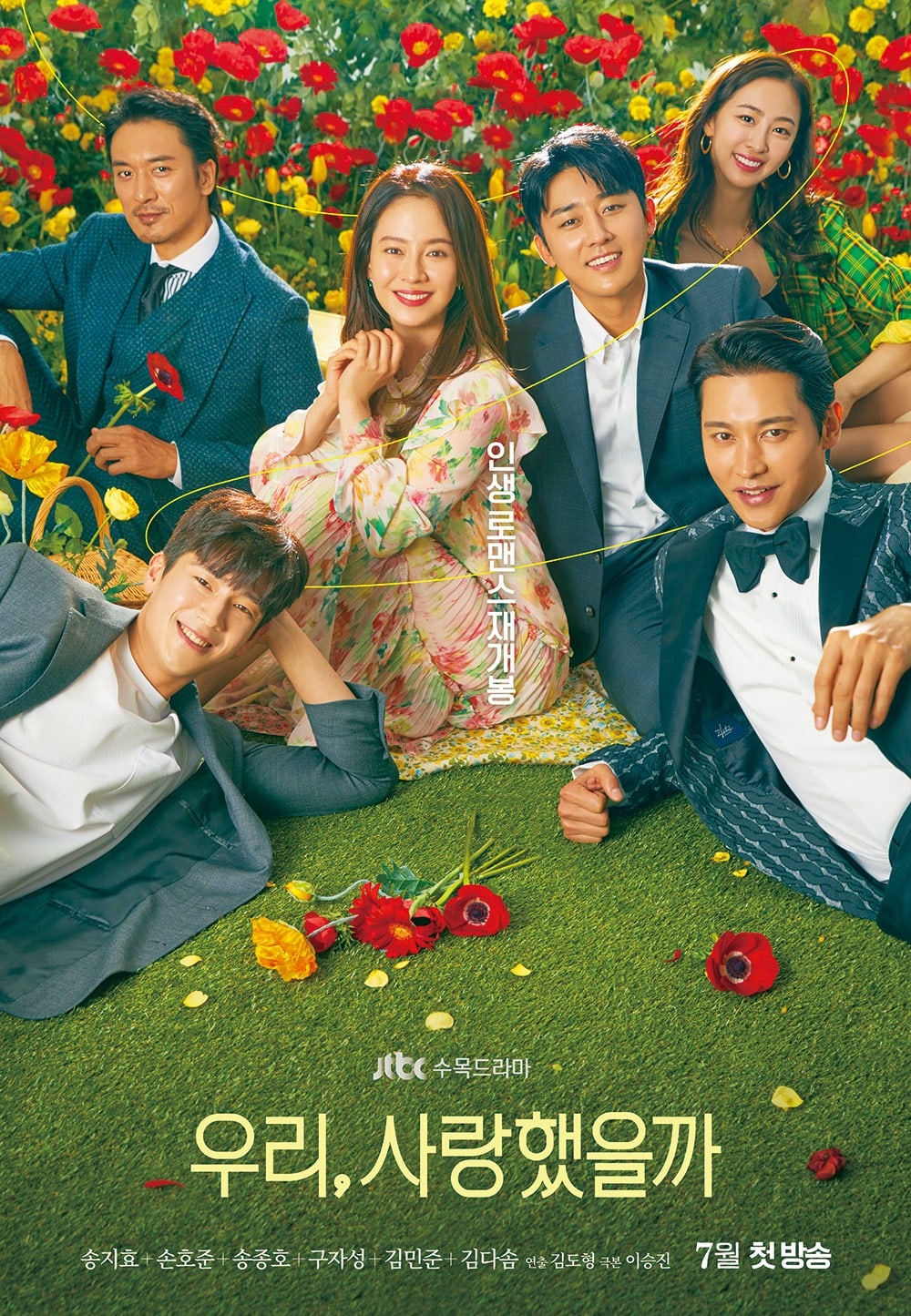 “Was It Love?” is currently scheduled to premiere sometime in July.

Are you excited for this new romance drama? Share your thoughts with us below!