BTS’ Suga has now thanked J-Hope on Twitter for his sweet gesture of support!

On May 23, Suga shared several photos from the set of his music video for “Daechwita” and wrote, “So many thanks for the coffee truck sent by Sope’s maknae, Hobi!”

Not only did J-Hope send a coffee-and-churros truck to show his support for Suga, but he actually paid a visit to the filming set to cheer his bandmate on in person. One of the photos captures the Sope duo happily posing in front of the truck together with Jungkook and Jin—both of whom made cameo appearances in the “Daechwita” music video—while another shows Suga proudly posing with a cup of coffee.

On May 22, Agust D dropped his highly-anticipated second mixtape “D-2,” as well as the music video for its accompanying title track “Daechwita.” The following day, an actor who took part in the music video for “Daechwita” revealed that J-Hope had shown his support for Suga by thoughtfully sending a coffee-and-churros truck to the filming set.

The actor, An Jae Hyuk, posted photos of the truck and its goodies on Instagram, explaining, “Because this was confidential, I kept [this post] private. I really wanted to share this, but in order to keep [Agust D’s comeback] a secret, I forced myself to be patient and wait!! Today, I’m making this public. Please listen to ‘Daechwita’ a lot!” 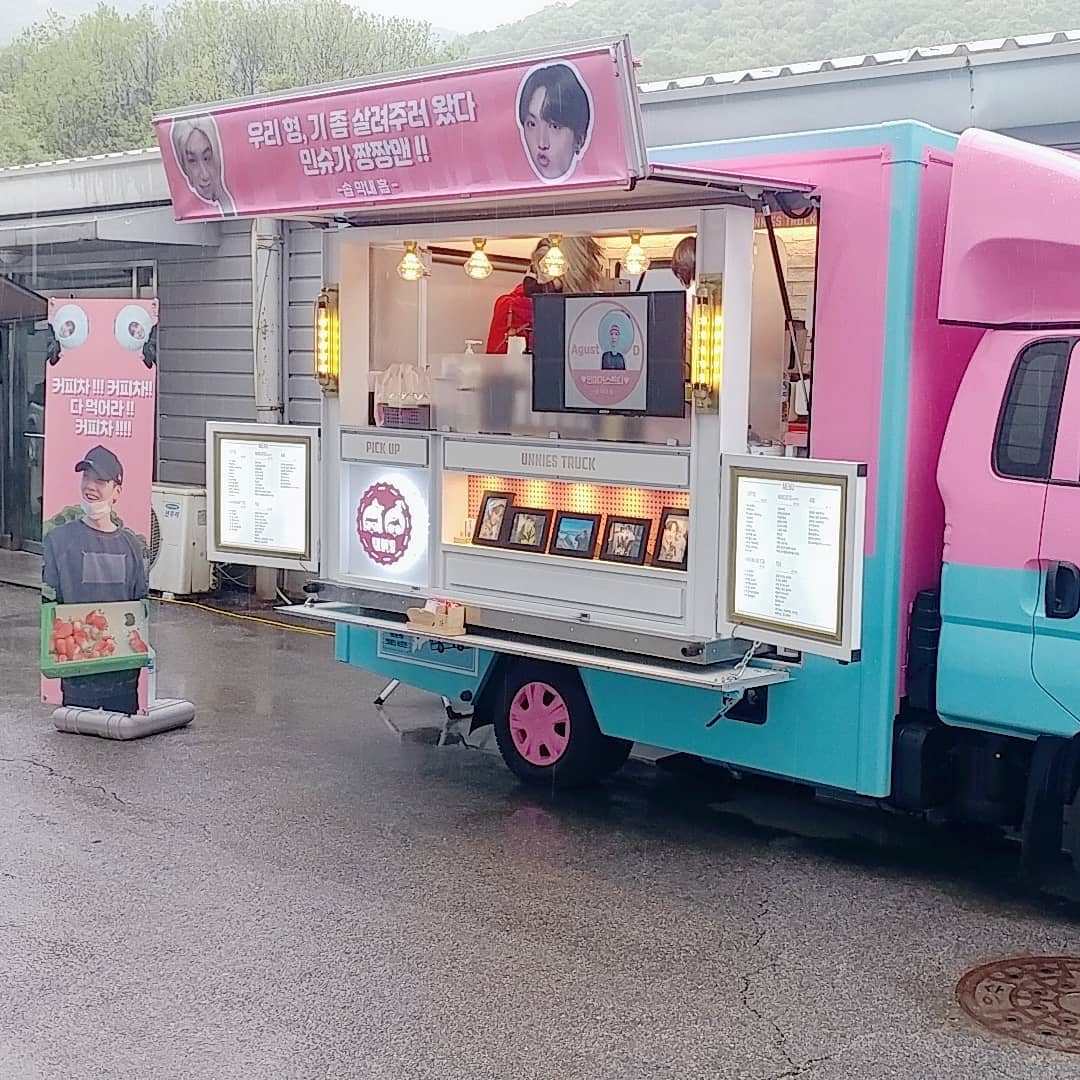 The other photos show a cup and churros wrapper decorated with a hilariously adorable photo of Suga and the message: “Min Agust D — Sope’s maknae, Hope.” 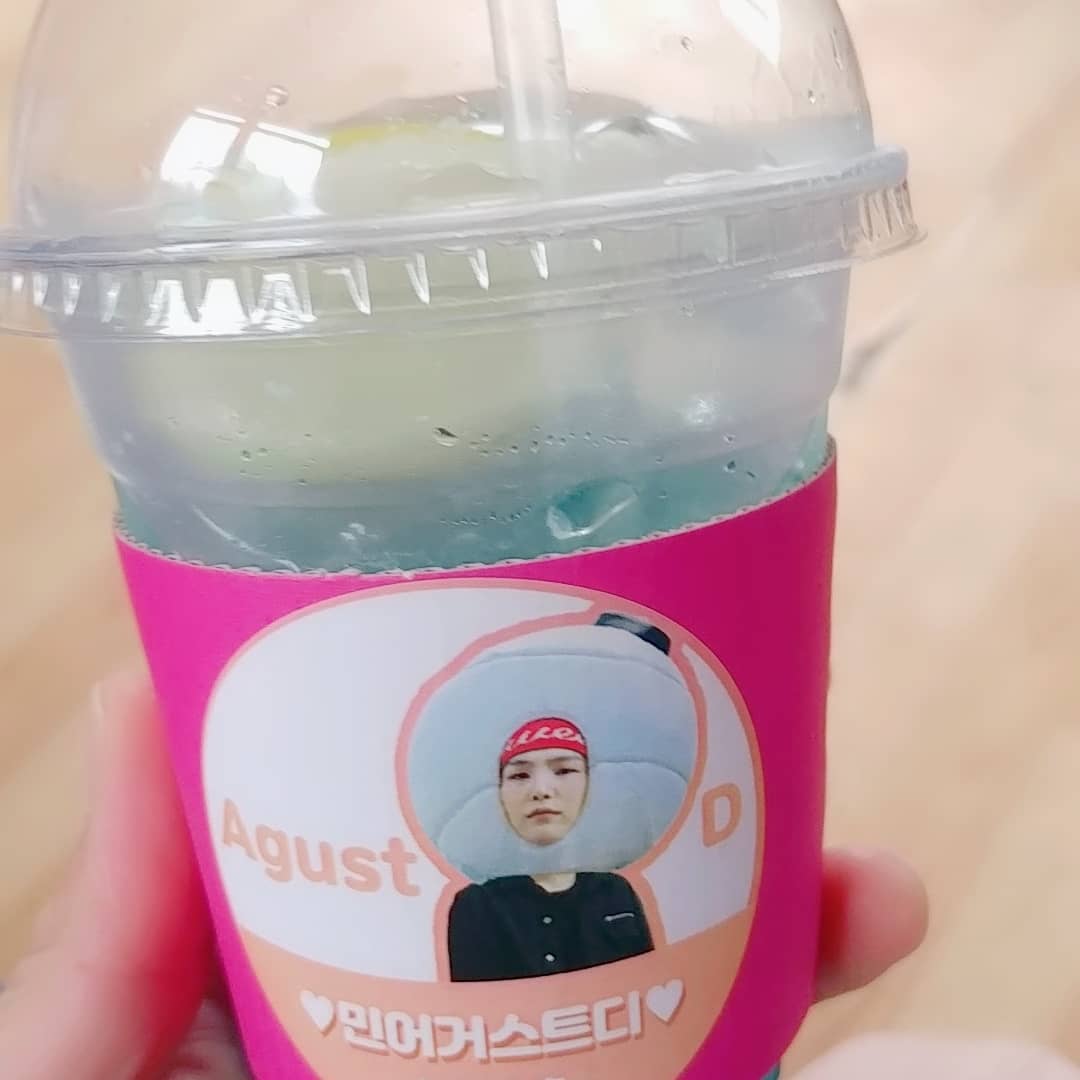 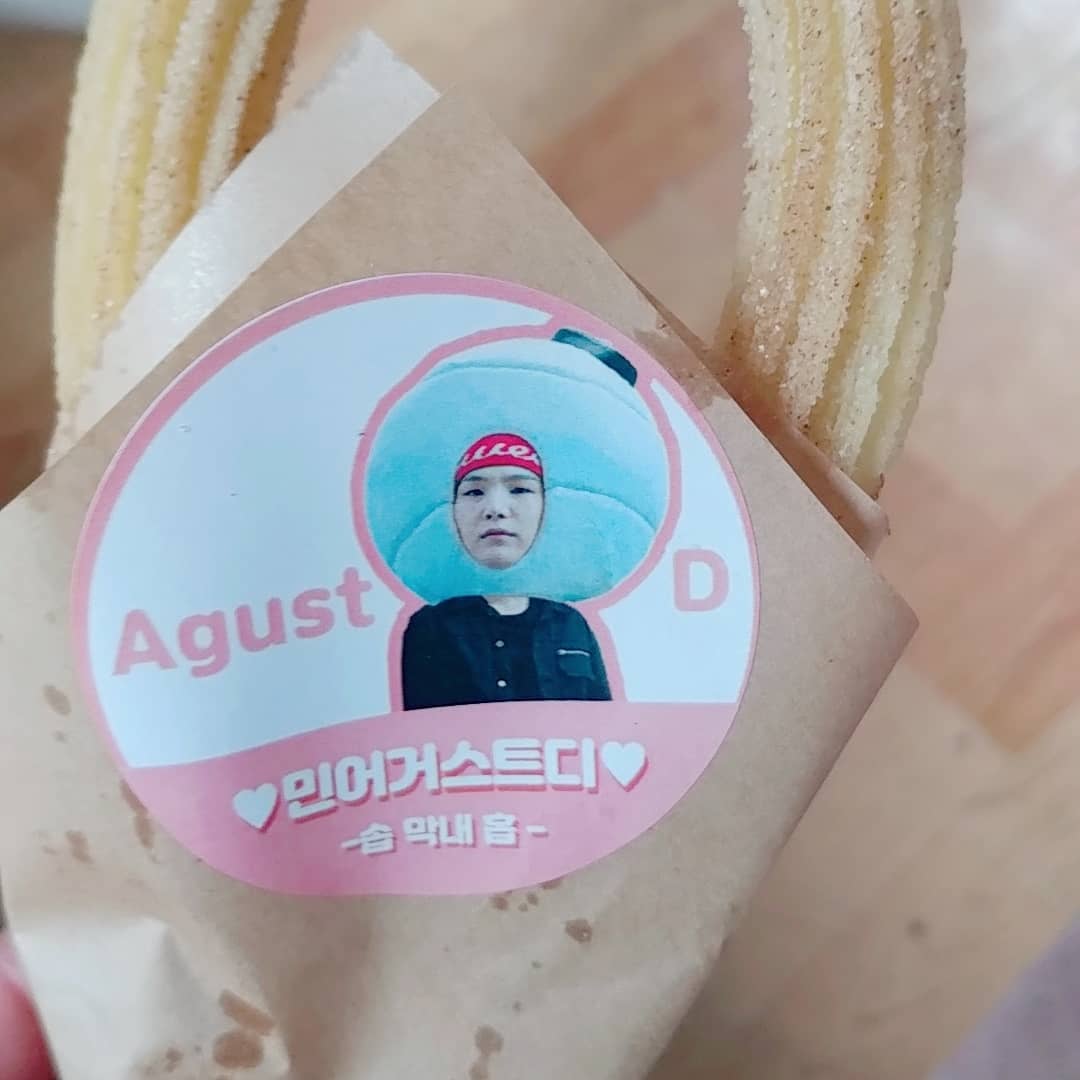 After specifying that he had made the post public on May 23, An Jae Hyuk went on to explain why the post was dated earlier, clarifying that he hadn’t leaked any information about the music video before its release.

The actor wrote in English, “I changed my cell phone and lost my picture of the coffee truck. So if I delete [sic] my Instagram picture, I thought my memories would disappear, so I kept it private, but when the music video was released, I opened it to the public. Don’t get me wrong.”

If you haven’t already seen it, you can check out Agust D’s epic new music video for “Daechwita” here!

BTS
Suga
J-Hope
Agust D
How does this article make you feel?