Previously, Choi Cheon Joong kept a watchful eye on the”Jo Woon Seon,” which his father Choi Kyung (Kim Myung Soo) was sending to King Cheoljong (Jung Wook), so that it could leave the port safely. But there was an unusual sign of pyrotechnic powder being found nearby. This turned out to be Kim Byung Woon’s (Kim Seung Soo) scheme to delay the ship’s departure.

In the newly released stills, Choi Cheon Joong looks alarmed by the turn of events. He seems bewildered and angry at the chaos unfolding before him, and he pulls out his sword to defend himself against his enemies. Viewers are eager to find out if Choi Cheon Joong will be able to safely escape Kim Byung Woon’s sneaky trap. 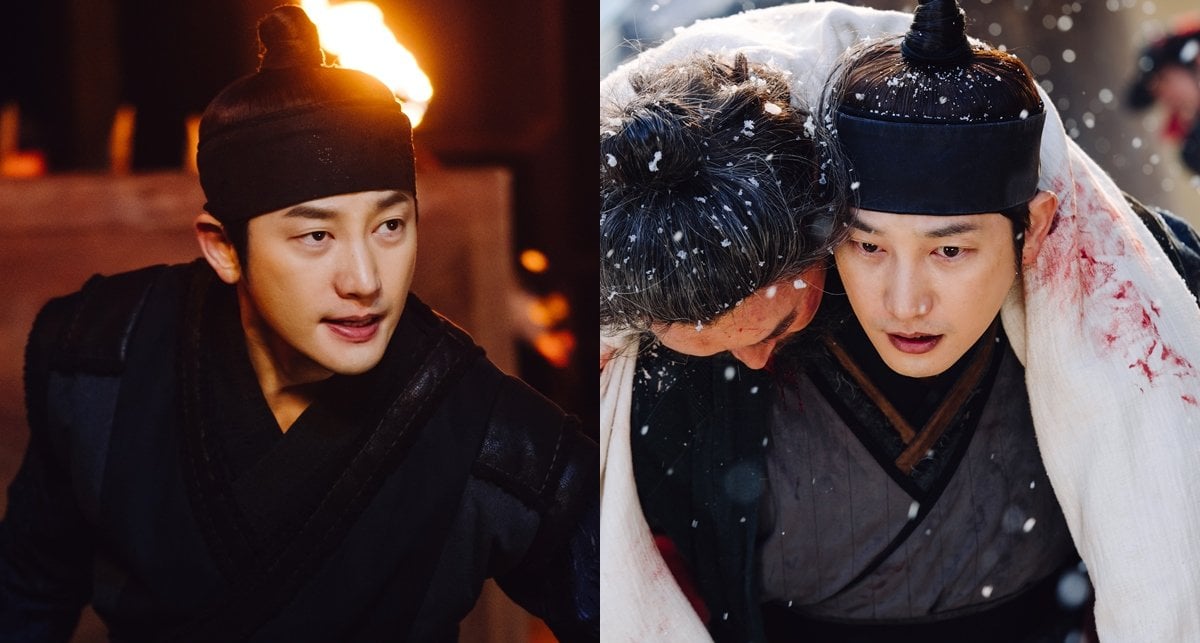 Check out the premiere of “King Maker: The Change of Destiny” with English subtitles here:

Park Shi Hoo
King Maker: The Change of Destiny
How does this article make you feel?