This upcoming OCN crime-oriented action comedy drama is about a screwball detective who stops at nothing to catch a criminal and a passionate investigative crime TV show producing director (PD) who attempt to solve difficult cases. Other members of the motley crew include a former criminal profiler, a former gangster, and a former National Forensics Service autopsist.

Here are three things to look out for as the drama begins to unfold:

“Team Bulldog: Off-duty Investigation” will mark Cha Tae Hyun’s return to the small screen after a past controversy, and he will draw attention with his first detective role. Cha Tae Hyun will shed his usual warm and comedic image and turn into a sharp-tongued, hot-tempered detective for the drama. Director Kang Hyo Jin shared, “You can look forward to Cha Tae Hyun’s transformation.”

The pre-released highlight video heralded the first episode in which past and current events intersect, prompting the interest of prospective viewers. The production team promised to fill all 12 episodes with fresh and differentiated stories. Writers Lee Yoo Jin and Jung Yoon Sun, who have unraveled a dense and dense story with “Missing Noir M” that was highly acclaimed by genre enthusiasts, prepared rich and solid episodes based on various events they researched for a long time. 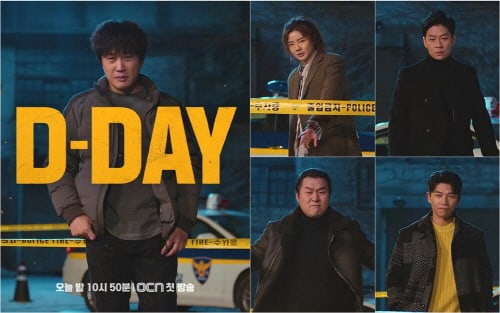 The last but most important key point of “Team Bulldog: Off-duty Investigation” is a collaborative investigation conducted by characters with unique personalities that have not been seen in other investigations. Kang Ho (Cha Tae Hyun) is described as a detective who uses all means to catch criminals. Although his determination to put bad guys behind bars is admirable, he has a bad temper that often lands him in difficult situations. Then there’s Kang Moo Young (Lee Sun Bin), a passionate producing director (PD), who is on the verge of losing her job.

Lee Ban Suk (Jung Sang Hoon) is a former-autopsy-chief-turned-funeral-director, and Teddy Jung (Yoon Kyung Ho) is the CEO of Cocktail Bar who beats bad guys with short and strong punches. On top of that, there is Takwon (Ji Seung Hyun), a private detective who makes money by running two jobs as a multi-level sales and private detective.

“Team Bulldog: Off-duty Investigation” premieres on May 23 at 10:50 p.m. KST, and it will be available on Viki!