tvN has released new stills of Jeon So Nee and GOT7’s Jinyoung in the upcoming episode of “When My Love Blooms!”

The stills show Jinyoung in army fatigues as he portrays his character’s time in mandatory military service. Jeon So Nee has come to visit him and looks at him lovingly as he eats a meal. The scene soon changes, however, to Jeon So Nee looking shocked and clutching a telephone and Jinyoung looking worried about her. 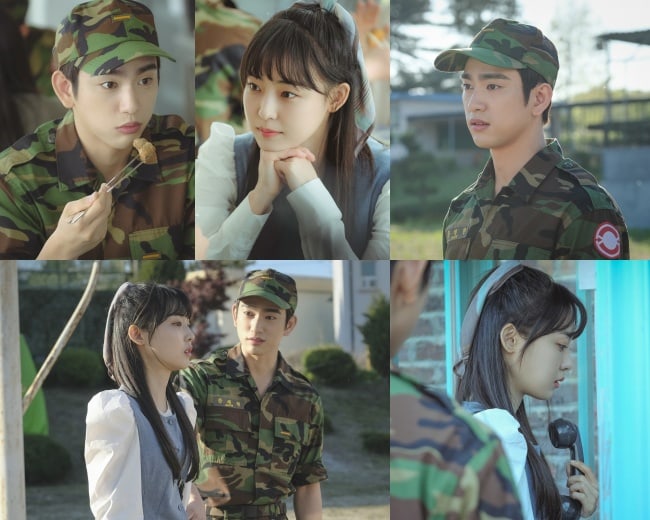 Despite her father’s opposition to her relationship, Yoon Ji Soo (Jeon So Nee) held fast in her love for Han Jae Hyun (Jinyoung). Eventually her father, Yoon Hyung Goo (Jang Gwang), pulled some strings so that Han Jae Hyun is forcibly conscripted into military service. Yoon Ji Soo vowed to wait for him and sent Han Jae Hyun a letter that attested to her feelings.

Jinyoung (GOT7)
Jeon So Nee
When My Love Blooms
How does this article make you feel?