tvN’s weekend drama “When My Love Blooms” has revealed new stills of Yoo Ji Tae and Lee Bo Young for the upcoming episode!

In the previous episode, Yoon Ji Soo’s hidden past came to light as it was revealed that her mother and sister died in an unfortunate accident. Although many years have passed, Yoon Ji Soo is still caught up in the pain and sorrow of losing her family members. Han Jae Hyun stays by her side as if he understands everything she has gone through.

The stills for the new episode show Han Jae Hyun standing next to Yoon Ji Soo’s son Young Min (Ko Woo Rim), who has a bruise around his eye. Han Jae Hyun looks worriedly at Yoon Ji Soo as she kneels to comfort her father Yoon Hyung Goo (Jang Gwang). Young Min also looks at his mother with an upset expression, although Han Jae Hyun attempts to comfort him by placing a hand on his shoulder. The stills hint at just how heavily tragedy struck Yoon Ji Soo’s family after one single accident. 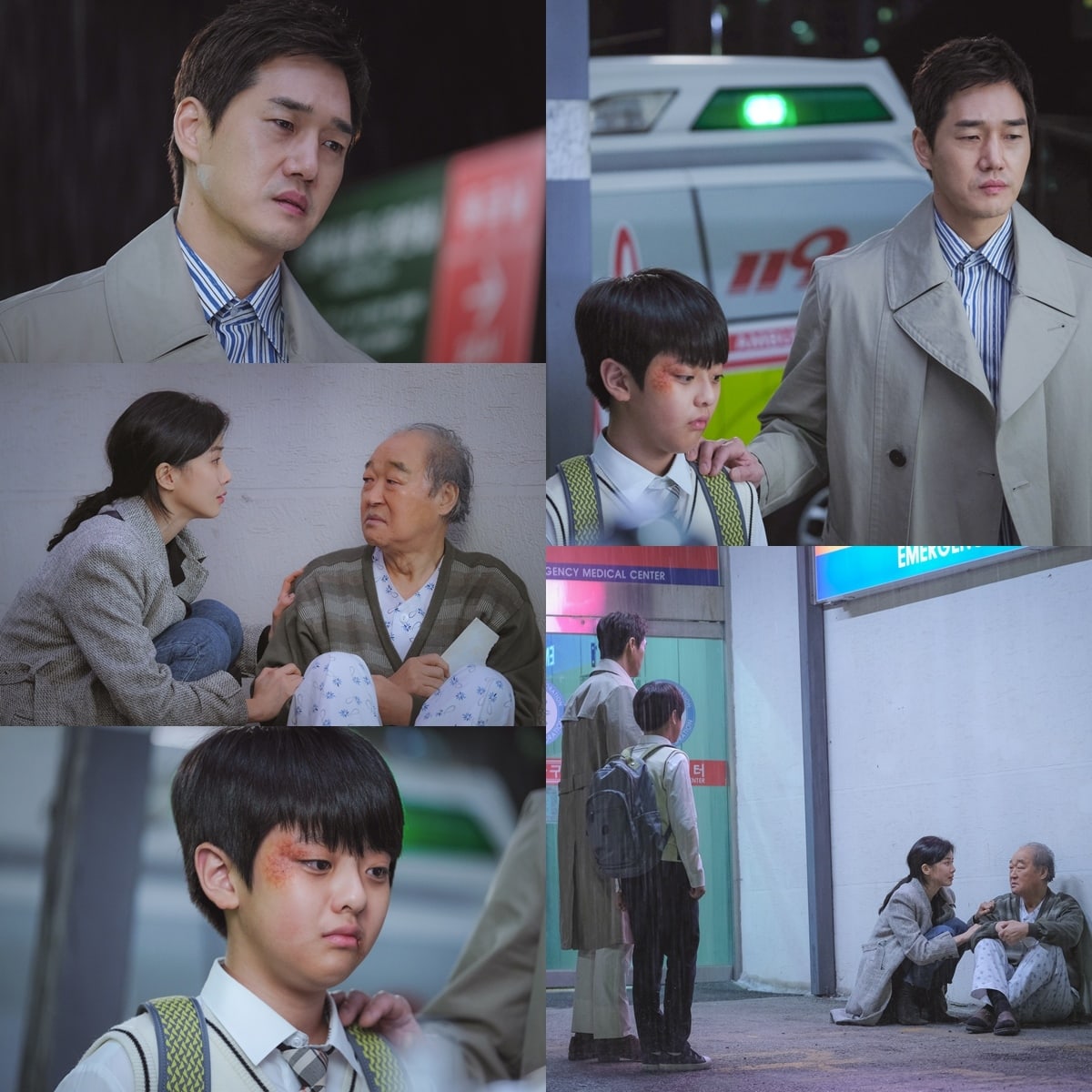 jang gwang
Lee Bo Young
Yoo Ji Tae
When My Love Blooms
How does this article make you feel?