“Sweet Munchies” is a romantic comedy about a love triangle in which a man and woman fight over the same man. Jung Il Woo will star as celebrity chef Park Jin Sung. Former KARA member Kang Ji Young will play Kim Ah Jin, a variety show producing director (PD), while “The World of the Married” star Lee Hak Joo will play the role of the successful designer Kang Tae Wan.

The stills reveal the various sides of chef Park Jin Sung through his different outfits. In two of the photos he wears a black shirt that is opened at the top and accentuates the look with a loosely tied scarf. Another still shows the chef in a professional gray top with the sleeves rolled up. His refined outfits are contrasted with a more casual style in another photo, in which he wears a light-colored jacket on top of a blue sweater. 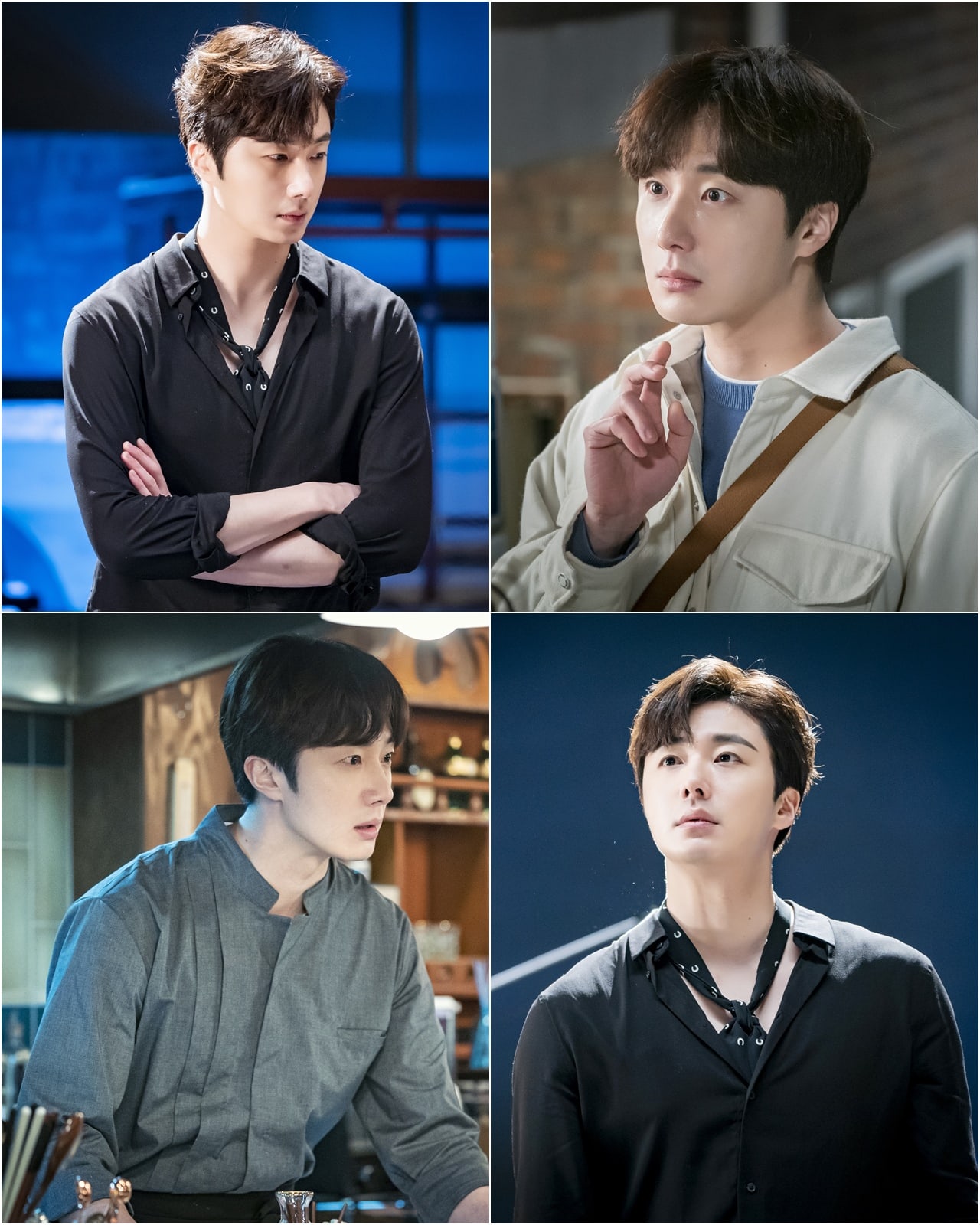 Park Jin Sung’s fashion also hints at his role in the drama. Although he works all day in the kitchen, he also volunteers with his father at an orphanage. Due to this busy lifestyle, he usually sports a casual and practical style. Although he may look like a puppy with his gentle and kind personality, the new stills reveal a different, manly side of the chef when he dresses to impress.

The production team commented, “The latter images are scenes from the cooking variety show that Kim Ah Jin plans. In order to protect what is precious to him, he faces the situation with a deep and serious look in his eyes. We changed his style to reflect this determination.” They also pointed out what to look for in the drama’s premiere, saying, “There’s a secret hidden in Park Jin Sung’s style change. Make sure to watch the first episode to find out the secret behind his contrasting charm.”

“Sweet Munchies” is set to premiere on May 25 at 9:30 p.m. KST and will be available on Viki. You can check out the highlight reel here!

Jung Il Woo
Sweet Munchies
How does this article make you feel?