In a recent interview released by SM Entertainment, Baekhyun talked about various topics involving his comeback such as the EXO members’ reactions and more.

When asked how he felt about making a solo comeback, he said, “It’s been a while since I made a comeback with a solo album, so I’m very nervous, but I’m excited and happy to think of the fans who waited for my album.”

Baekhyun shared that the definition of the word “delight” is “joy” and said he wants to give joy to many people through this album. Laughing, he shared, “And as I have the supernatural power of ‘light’ in EXO, I wanted to include “light” in the album’s name. I chose ‘Delight’ to give the impression that it’s connected to my solo debut album ‘City Lights.'”

He also talked about his title track “Candy,” explaining, “‘Candy’ is a trendy R&B song, and the lyrics compare my various charms and looks to various flavors of candy. If you listen closely, there are many witty expressions like ‘mature cinnamon’ and ‘funny mint,’ so I think this aspect will be a key point.”

When asked to compare himself to a flavor, he said with laughter, “I’ll choose a sweet and sour strawberry flavor. I personally like strawberries too.” 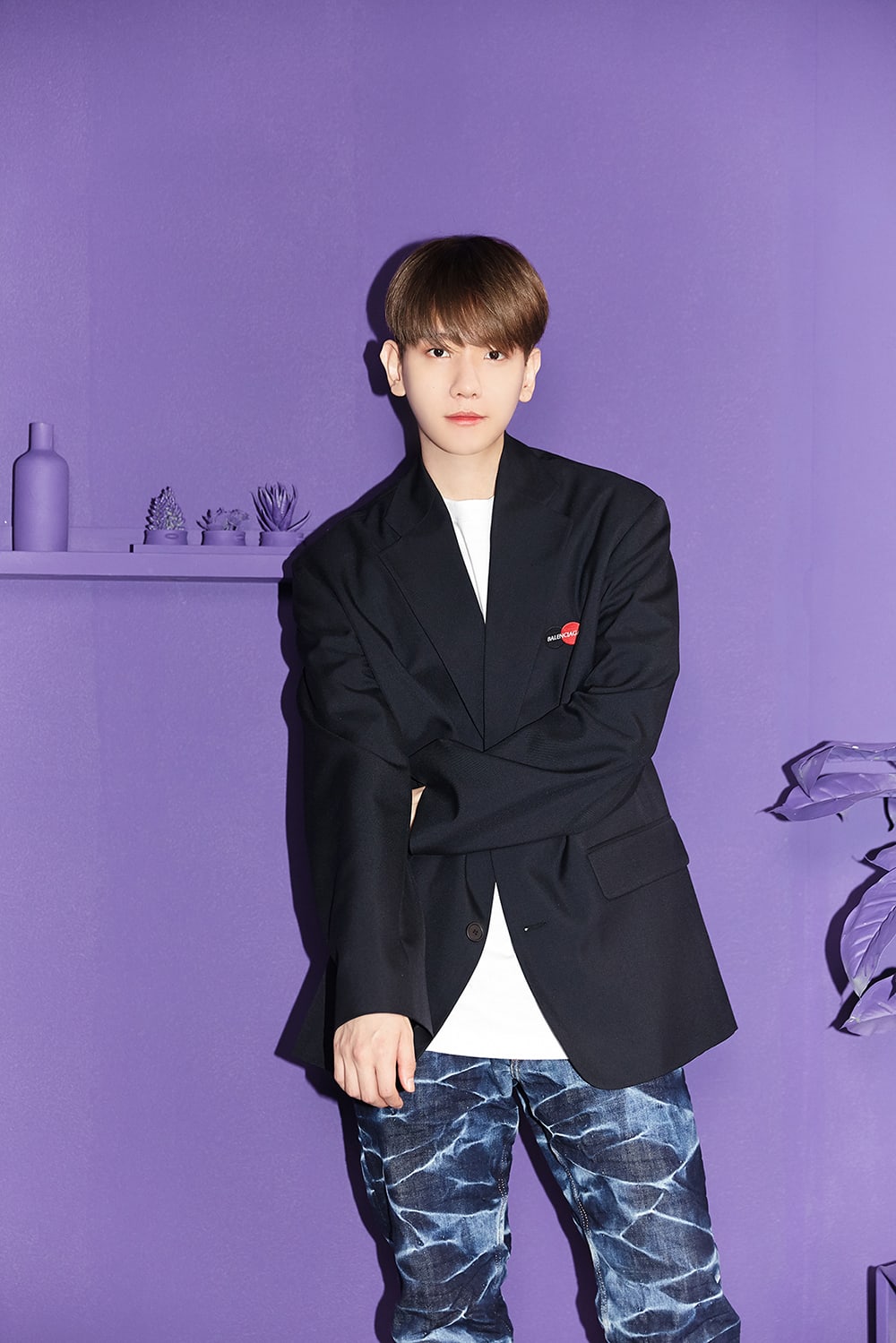 Baekhyun talked about the stage performance for “Candy,” saying, “I worked with Kasper, a choreographer and an old friend of mine. He would often teach us popular dances, and since ‘Candy’ is a trendy song, we incorporated trendy moves that are globally popular to fit the style of the song.”

When asked about the EXO members’ reactions, he shared, “All the members cheered for me and said that the song was really great. Suho and Chanyeol even came to the music video set and gave me a lot of support.”

Baekhyun, who has showcased many R&B tracks until now, shared that he would like to try the rock ballad genre in the future. He said, “I’ve been listening to various genres of music lately, and I personally felt that rock ballads leave a long-lasting impression on me.”

When asked about what he’s “delighted” by lately, he enthusiastically shared, “Apples! These days, I try to eat apples for my first meal every day. I don’t think I’ve been thinking much about my health so far, so I’m trying to improve my immune system and take care of my health.”

Finally, Baekhyun was asked what his goals are for this album, and he answered, “Through this album, I want to strengthen my position as a solo artist and leave a memorable impression on many people. And as always, I hope people can listen to my voice and feel healed.”

Even before its release, Baekhyun’s comeback album “Delight” broke the solo artist record for the most units sold in the first week. He has also set a new personal record for stock pre-orders with the album.

“Delight” was released on May 25 at 6 p.m. KST along with a music video for the title track “Candy.” Watch it here!