GOT7’s Jinyoung has received positive reviews about his acting in tvN’s “When My Love Blooms.”

“When My Love Blooms” tells the story of college first loves Han Jae Hyun and Yoon Ji Soo, whose lives intertwine once again later in adulthood. Yoo Ji Tae and Lee Bo Young play the characters in the present day, while Jinyoung and Jeon So Nee play the characters during their college days.

Viewers were impressed that although Han Jae Hyun’s situation has changed throughout the years, his unique tone and way of talking remained the same.

Jinyoung said, “Sometimes, Han Jae Hyun is soft, and at other times, he can be very firm. To express that point, I practiced my tone by deliberately speaking slowly. Fortunately, it sounded similar to Yoo Ji Tae’s tone, so viewers seem to like it.” 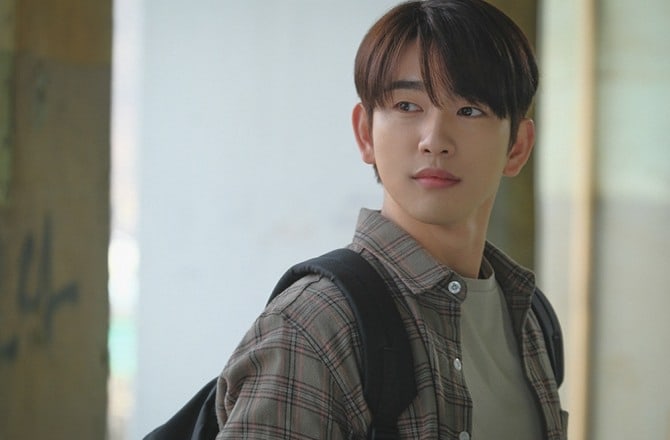 Jinyoung’s delicate emotional performance is considered another key point that increases the immersion of the drama.

Concerning that, Jinyoung commented, “I wish I could express my feelings as written in the script, but I still lack a lot. Therefore, when faced with a particular situation, I think about the emotions and actions the character will feel. However, I’m not able to gather my emotions at every moment, so it’s not easy to act [a particular way].”

Lastly, Park Jin Young talked about playing a guitar in the drama. In order to perfect those scenes, he practiced with a teacher whenever he had the time. He explained, “There was a direction in the script that said, ‘play the guitar at a high level.’ I thought I had to play at a level where I’m able to play with my eyes closed or able to play as soon as I wake up.” 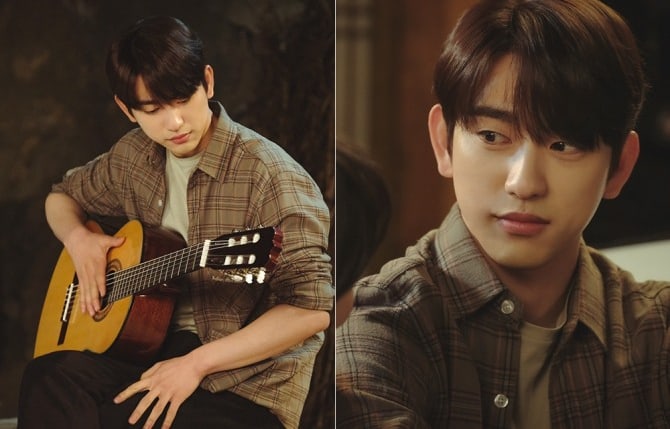 Check out the latest episode with English subtitles below: