KBS’s upcoming drama “The Ballot” (literal translation) has shared photos from its first script reading with the cast!

“The Ballot” is an office rom-com about a woman named Goo Se Ra, who gets involved in people’s problems, files complaints, comes up with solutions, and finds love at her local borough office.

Nana plays Goo Se Ra, whose nickname is ‘the tiger moth’ and is known as the queen of civil complaints. Although she has almost nothing to her name, she is the type of person who always says what she needs to say. Nana perfectly synchronized with her character’s honest and dynamic personality and made everyone at the reading crack up with her line delivery.

Park Sung Hoon plays Seo Gong Myung, a civil servant who always plays by the rules. He is always pointing out other people’s mistakes and can be hard to get along with, but he has a clumsy side that will appeal to viewers’ hearts. 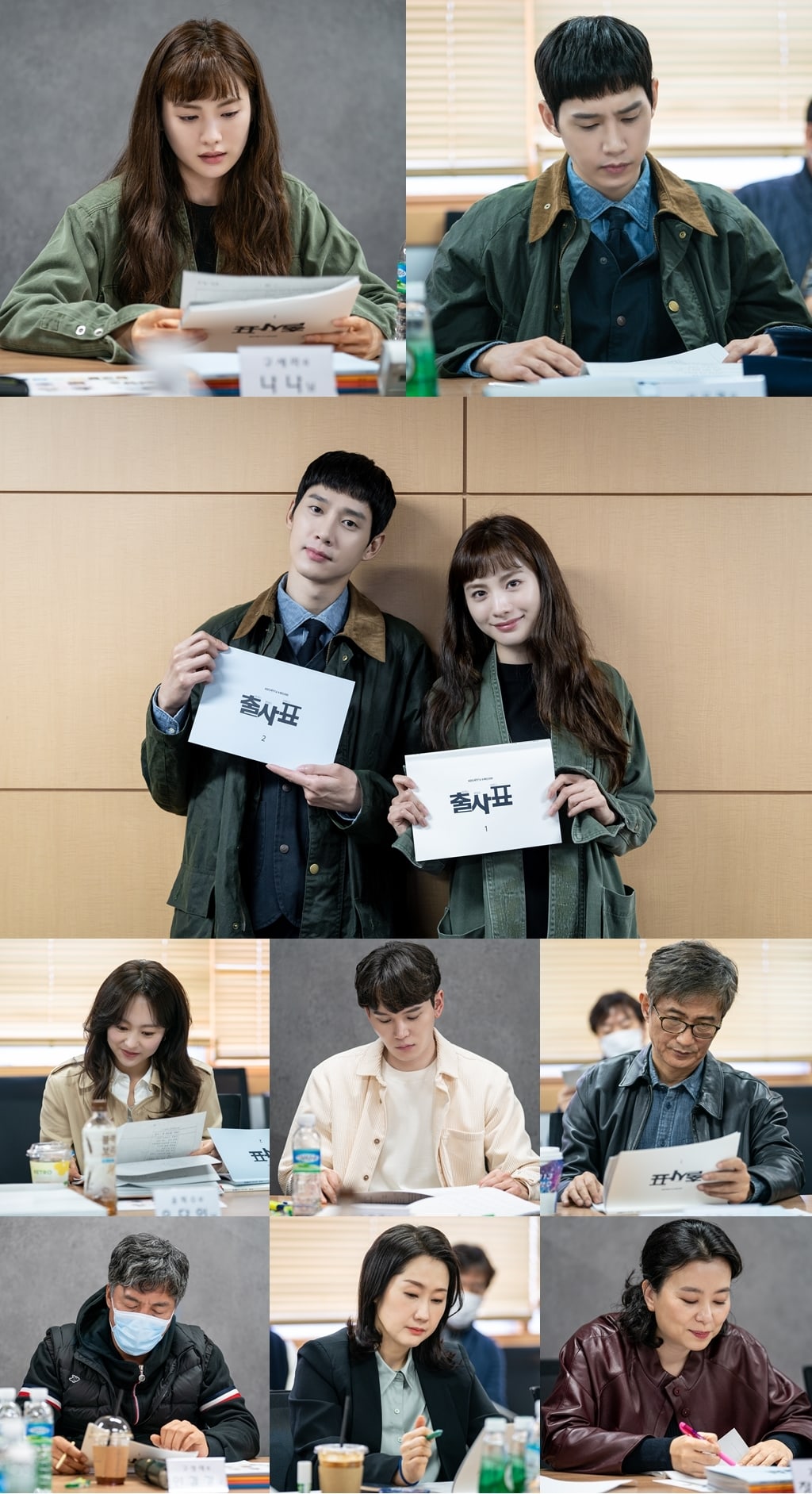 Some key points to look forward to in the drama include the chemistry between Nana and Park Sung Hoon, as their characters begin by bickering and develop into something more. Both actors have a bright and refreshing energy that will make viewers both laugh and cry. Another point to look forward to is the strong supporting cast, who bring their strong comedy chops to flesh out the drama and support the main cast.

“The Ballot” will premiere after the end of “Fix You” in July.